The recently concluded Asian Games set some of the Muslim world's troubles in sharp relief, but the recent flurry of comparisons between India and China wasn't quite reflected at the medals tables 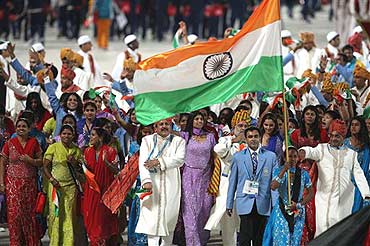 As sporting events go, the Asian Games, whose 15th edition concluded last month in Doha, are something of a backwater. They lack the pageantry of the Olympics and the frenzied fans of football’s quadrennial World Cup. Yet the games remain popular for most of humanity, from Syria to Japan and from Kazakhstan to Indonesia. For many people, the games present the only realistic opportunity to see their flag beside a medal stand and to listen to the strains of their national anthem fill a distant stadium.

At least since the 1936 Olympics in Berlin, athletic prowess has stood as a crude proxy for national power – an intuitive measure that captures everything from nutritional levels to organizational capacity to intangibles such as national will. This notion endured during the Cold War, where at times Moscow seemed to devote as much attention to its sporting machine as to its military one.

The Doha games challenge some of the conventional wisdom on contemporary Asia, and confirm much of the rest. Viewed against the backdrop of the medals table at Doha, the recent flurry of comparisons between the two rising economic powers – China and India – don’t quite match reality. The dynamism of upstart South Korea contrasts with the complacence of Japan. The abysmal performance of most Muslim-majority nations showcases the nature of the Islamist threat, one rooted in weakness rather than strength.

The Chinese dominated the games, as they have every four years since 1990, hauling in 165 golds, more than the next five countries combined. The runner-up, South Korea, won 58, and China’s strategic competitor India managed to eke out only 10 golds. Its eighth-place finish put it between Uzbekistan and Qatar. Moreover, whereas the Chinese dominated across the board – from table tennis to the triple jump – India’s medals were skewed toward disciplines that privilege either wealth or brains: Tennis, shooting, billiards and chess accounted for eight Indian golds. The ninth came from kabaddi, a team sport vaguely akin to wrestling unheard of outside the Indian subcontinent. Athletics contributed only one, the women’s 4x400 relay.

In many ways India’s performance reflects larger truths about the country: Indians tend to succeed despite the government not because of it, and family matters more than the state. Tennis and billiard players emerge from the rarefied confines of urban middle-class India, a relatively small island of order in a sea of chaos. The Indian failure to build decent roads and airports echoes in its failure to build stadiums. It’s not surprising then that in sports, as in infrastructure, literacy and health care, India continues to struggle with the basics while somehow managing to compete in more advanced arenas, an analogy illustrated by its failure to match its northern neighbor in turning out competitive long-distance runners, weight lifters or gymnasts. In a similar vein, twin golds in chess can be seen as a metaphor for India’s success in the knowledge economy, the medal equivalents of software giants Infosys and Wipro.

Since India’s noisy liberal democracy will likely never match the efficiency of China’s one-party state, the sporting proof of India’s emergence as a major power will hinge on the effects of rising prosperity and the ability of the private sector to fill the void left by government. Over the long term, the American model of marrying individual ambition with generous corporate sponsorship has outlasted the Soviet-inspired command economy approach – though China, which blends the strengths of both, appears unbeatable at least in the foreseeable future.

China was not always the leader. In the three decades between the first Asian Games in 1951 and the ninth in 1982 the Japanese topped the tables with monotonous regularity. Four years later Japan surrendered second place to South Korea, a pecking order maintained ever since except for a brief reversal at the 1994 games in Hiroshima. Japan’s steady slippage is what you’d expect from a nation with a mature economy and an aging population. There’s also a certain lack of killer instinct when it most matters: Overall, the Japanese garnered more medals than the Koreans in Doha (198 to 193), but still came in third thanks to the larger Korean haul of golds (58 to 50).

The South Korean performance also underscores the old conservative truism about right-wing dictatorships bequeathing their countries better legacies than their left-wing counterparts. The Korean sporting miracle, like its economic counterpart, began under military rule. The same government officials who used preferential access to capital, intense discipline and an external orientation to make South Korea a world-class manufacturer of cars, ships and electronics mastered the art of turning out competitive athletes. With a hyper-efficient civil service and a dynamic market-based economy already in place, the transition to democracy in 1987 has only added to Korea’s glitter. In contrast to the Japanese, South Korean athletes – like its soccer team and its companies – exude hunger. Korea is the brash upstart. In per-capita terms it outperforms China; though, of course, in absolute terms it’s no match.

The games also reflect North Korea’s ongoing implosion. As recently as 1990 North Korea stood fourth in Asia. But in Doha it sunk to 16th place, albeit still creditable for a land whose economy can’t produce enough food to feed its people and whose politics have thrown up a weirdly coiffed megalomaniac with nukes. The odds favor an even steeper North Korean decline in the next games in four years.

Doha set some of the Muslim world’s troubles in sharp relief. The message pouring out of Arab satellite channels such as Al Jazeera casts the world in terms of a struggle for domination between Islam and the West. But such reporters would need to keep their eyes averted from the medals table.

The best-performing Muslim-majority country at the games was sixth-placed Iran. With their traditional strengths in wrestling, weight-lifting and boxing, Iranian men pulled in 11 golds. But the women could not win a single gold or silver. Both their bronzes came, oddly enough, from tae kwon do. A possible explanation: Unlike swimwear or athletics garb, long-sleeved tae kwon do uniforms don’t disadvantage the modestly inclined.

Overall all nine Middle Eastern nations in the games won 48 golds, 10 fewer than South Korea alone. Of these, the women contributed only three – all courtesy of Bahraini runners – as against 19 for Korea. Step back further and the picture looks even bleaker. Pakistan and Bangladesh, with some 315 million people between them, won no golds; Indonesia with 220 million had two, a quarter the number of tiny Singapore representing 4.4 million.

The question, then, is how Muslim countries will square the rhetoric of world domination emanating from their mosques and television studios with painful reality. To the extent that they embrace the alluringly simple Islamist slogan, "Islam is the solution," sectarianism and political backwardness will continue to grow. On the other hand, should the Muslim world, in particular the Middle East, decide to emulate East Asia rather than blame its ills on Israel and America, then it’s possible that in the future the political, economic and athletic hegemony of China, Korea and Japan will no longer be taken for granted.

Sadanand Dhume is a Bernard Schwartz fellow at the Asia Society in Washington, DC. Rights: © 2007 Yale Center for the Study of Globalization. YaleGlobal Online

One Size Does Not Suit All