​Notes from a short but fulfilling friendship with the legendary bookseller Ram Advani, who passed away aged 95 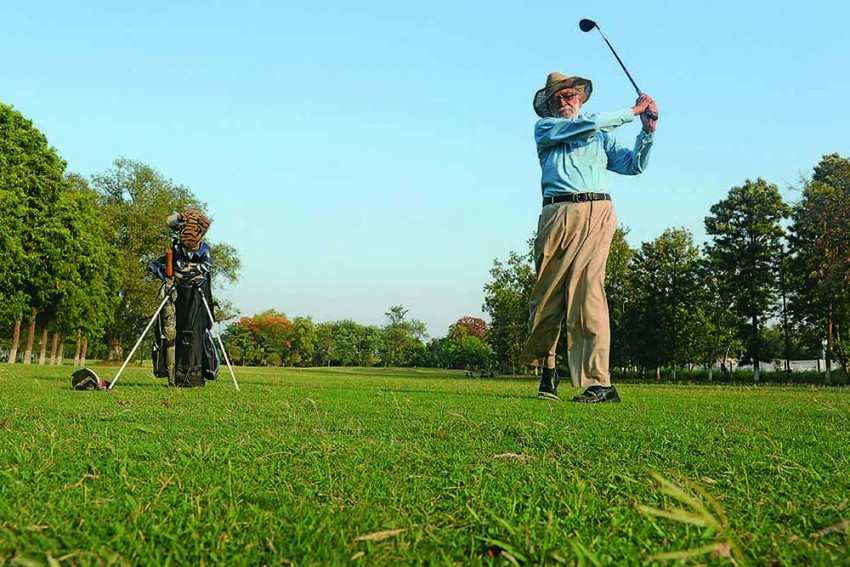 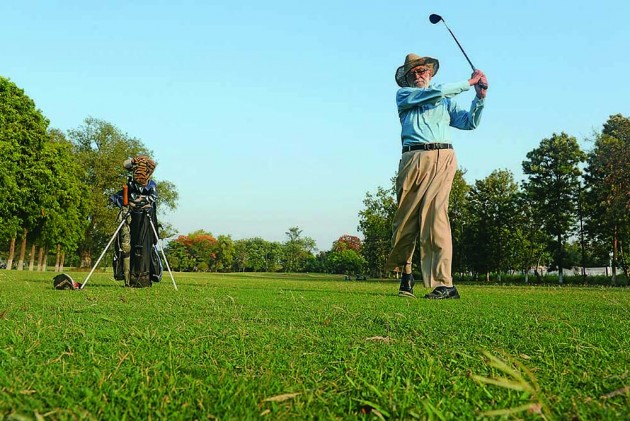 Rambhai, as I would call him, stirs up my most vivid memories of Lucknow. With his sparkling eyes and vivacity even in his 90s, he could easily bridge distances. His youthful exuberance at work or age-defying moves on the golf course could put anyone to shame. Even though I first met him while working on a story in 2013, he insisted I call him Rambhai, nor Mr Ram Advani. That immediately sparked off a wonderful relationship with him.

Rambhai drew me to the city of the Nawabs several times in the last three years that I had known him personally. Last summer, I remember, while sitting at his historic bookstore in Hazratgunj sipping masala chai, he was his effervescent self, talking spiritedly about the sounds and sights of the city. The bookstore, of course, was his soul, where he used his magical touch to transform it into a den for doyens and book lovers alike. In the midst of Hazratgunj’s bustle, you could easily retreat into this ocean of calm.

For hours one could sit absorbing Lucknow’s history through soul-stirring conversations with him, or let him open your mind to anthropology, politics, contemporary literature or global affairs. It was amazing to see him take such personal care with every customer and notice his eyes sparkle at their discovery of an interesting book. “The smell and taste of books is a completely different experience. Bookstores should be kept alive to evoke warm memories,” I remember him telling me once.

Rambhai could regale you with stories. For instance: how he’d planned to open the bookstore on February 1, 1948, but had to postpone it by two weeks because of Mahatma Gandhi’s assassination, or how he had drawn inspiration from his uncle who had bookshops in Lahore, Rawalpindi, Peshawar and Shimla. The fine all-wood store oozing warmth has been witness to several illustrious writers such VS Naipaul, Vikram Seth, Ruskin Bond, Bertrand Russell or Rose Llewellyn Jones. Even Jawaharlal Nehru and Dr Govind Ballabh Pant were taken in by his magnetic presence. Every time I’ve visited the bookstore, I’ve made it a point to record my impressions in the legendary old visitor’s notebook, on Rambhai’s insistence. It was a combination of a keen eye for detail, empathy and a deep-seated curiosity about current affairs that set Rambhai apart from others in the world of knowledge.

Not only was he bookseller extraordinaire, but also had the ability to touch people’s lives in unique ways. I remember him taking me on a drive around the city, starting with Lucknow Residency, while intermittently pointing out some of the most memorable spots.

Even though he was a storehouse of knowledge, he would always be unassuming, letting you form your own views or even contradict him. He was a master planner, and could quickly whip up a day’s sight-seeing agenda, peppered with the quintessential Lucknowi gourmet stops like Tunde Kababi, or even suggest a 4 pm whisky break at the famed Lucknow Golf Club. Even till last year, he was the most coveted player on the golf course, immaculately dressed and surprising you with his agility.

I’ve had long conversations with him on the phone, seeking his advice on several issues, and have egged on friends to go visit the city only to meet this fine gentleman. Ever so enthusiastic about meeting new guests, Rambhai even went to the extent of meticulously planning transport or accommodation for them. In a city that has transformed in diverse ways over the years, Ram Bhai had been firm in his resolve to remain embedded in Lucknow and spread the light of knowledge through his encounters at an unpretentious book store in Hazratgunj.

The last time I met Rambhai with a little gift in my hands; he was beaming and telling me that I must visit him soon. On leaving the store, I could see him look on through the glass frames with soft eyes. In the way he has touched so many lives, his gaze will continue to spread a special light in the city and beyond.

(Priyadarshini Sen is Special Correspondent, Outlook. She wrote about Ram Advani in this 2013 cover story on ninety-year-old plus achievers)