The Lone Crusader And His Victims

The Oslo gunman, Anders Breivik, was certainly not on his own, even though he may have had no accomplices. In fact, he was animated by all the paranoia of a Europe that believes itself to be 'under siege'; a constraint to which we are unaccustomed 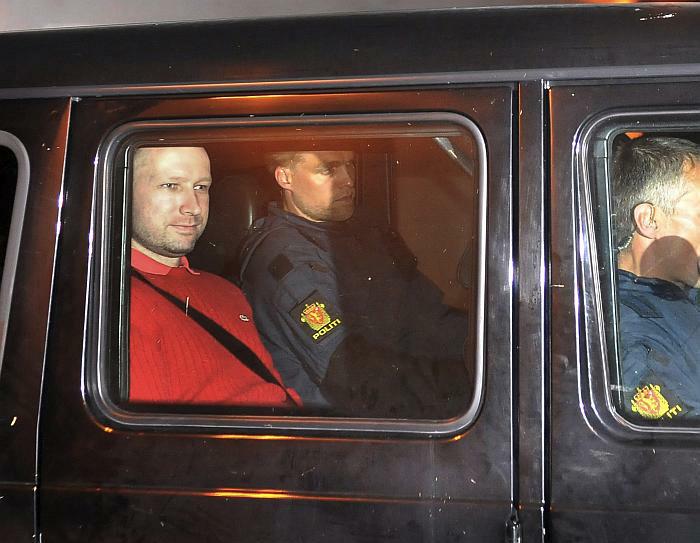 The Oslo gunman, Anders Breivik, was certainly not on his own, even though he may have had no accomplices. He believed himself to be working on behalf of his fellow-countrymen and women in their resistance against 'multi-culturalism', the dilution of Norwegian identity, the desire of Muslims to 'outbreed' host communities in the West. In fact, he was animated by all the paranoia of a Europe that believes itself to be 'under siege'; a constraint to which we are unaccustomed, since it represents a reverse of the centuries-long experience of unimpeded expansionism and spread of 'our values' across a whole world.

It seems that our version of globalisation— exemplified first by the buccaneering imperial adventurers of the mercantile era, and more recently, by the economic empires of extractive conglomerates— has run out of our control; or rather, it has been hi-jacked by its sometime victims, who, ambitious and determined, clever and knowing, have evaded the barbed wire and barriers of our watchfulness, and come to occupy the centre of 'our' cities and the heart of 'our' civilization.

A sense of being beleaguered in the fastness of our racial and cultural superiority has pervaded the Continent ever since the first workers were recruited from countries 'emerging' from our tutelage, to help us prolong a waning European industrialism in the years following World War II. And as the active search for low-paid labour in the Caribbean, Turkey, Indonesia, South Asia and North Africa gave way to unofficial, clandestine economic migration, the sense of discomfort has given way to something more malign, which has altered the consciousness of the peoples of Europe, and created that most explosive of situations— the transformation of the perception of majorities that they are victims.

It is true that the people of Europe were never consulted about immigration. But then, neither were they ever asked whether they wanted industrial society; nor was their opinion canvassed on the dismantling of that industrial society 200 years later, any more than they were asked whether or not they should send their children to war. 'What the people want' has become the slogan of the hour; what the people do not want has lapsed in the euphoria of perpetual economic growth and expansion.

A kind of uneasy social peace has been maintained in Europe because the arrival of foreigners coincided with a long moment of prosperity and rising disposable income; and it has been plain that such vital areas of the economy as the health service, public transport, the cleaning, hospitality and catering industries, would have withered without their labour. Their presence seemed a necessary, if begrudged, price to pay for the comfort and well-being of increasing numbers of people in Europe. It was on their servitude that we were wafted upwards socially and economically, from societies overwhelmingly of unskilled factory labour and servitude, into a global middle class, in which we took it for granted that there would always be others— both visible, in the hands that served us, and invisible, in the hands that elsewhere, in unvisited carceral places, made and stitched and shaped and moulded the daily necessities on which we depended.

But through all this time, there has been a growing feeling of popular alienation, particularly among those who benefited least from the migrants and their children and grandchildren, who were instrumental in providing an agreeable sense of rising expectations. These people, re-discovered periodically, as the laggards of development, the underclass or the white working class (who had been written off with the decay of industry and the labour movement that attended it), also had their spokespersons, potential leaders and self-appointed defenders, as the changing fortunes of racist parties in Europe have attested in the past half century or so.

But when asked to choose between a disruptive challenge to the presence of significant minority of foreigners, many of whom were non-European, and the continuing rise in living standards, majorities have always selected the obviously more advantageous one of acceptance, of not rocking the political boat, of not contesting what is so clearly an indispensable contribution to our prosperity; even if this meant the establishment of unknowable enclaves of foreign-language speakers, different coloured skins and unshared religious beliefs, whom we passed by in an unofficial apartheid of indifferent contiguity.

At what point can it be said that the consensus in Europe was that 'it had all gone too far', and that we were in danger of losing ourselves in the flood or influx (the language of natural disasters took over) of apparently exhaustless streams of strangers from places we never heard of, filling the streets with the 150 or so languages now familiar in European capitals? For with the impulse of globalism, whereby money and goods move around the world with ease (and frequently with a disruptive force about which people, as usual, were not consulted), it seems that the displacements of humanity have become the greatest menace in this now-universal dedication to the freedom of movement of everything but people.

Virtually every country in the world has been disturbed by the necessities of globalism. People have been evicted, uprooted, ousted from ancient life-ways and a sense of belonging. What is more natural than that they should seek to follow to its source the agent of their dispossession? And why should they remain, contained in boundaries drawn by former colonial overlords on maps which, for them, had never previously existed? Clearly, the great weakness to the version of global integration and 'interdependence' is the inconvenient location of millions of the world's people. They cannot shift as they choose between continents, countries and economies to which they are an embarrassment or encumbrance to others in which they will be even less welcome. Imperial Europeans were the major disruptive force in the world; and their descendants cannot repudiate the consequences of events in which they may not have been complicit, but of which they have certainly been major beneficiaries.

It is this real and intractable condition of Europe that once more causes ideologies pronounced extinct to rise from their shallow graves and to cast their ghostly shadow over a continent frightened by the effects of its own past, menaced, apparently, by the presence of former colonial subjects and their descendants. It should not surprise us if it throws up deranged individuals, self-declared heroes and lone messiahs who take upon themselves a redemptive blood-letting of those they blame for allowing to happen what was unavoidable within the logic of a single economic system become global. That it should lead to a demented spree of murder, that innocent teenagers should have been victims, that the tranquillity of a summer afternoon in one of the most peaceable and generous countries in Europe should have been shattered in a grisly epic of destruction was scarcely foreseeable; although the environment in which his disordered fantasies were nourished is familiar to everyone on the entire continent.

There is a sad coda to these distressing events. While the authorities bring in counsellors, advisers and healers in Norway, thousands of people in East Africa continue to die, on camera, but quietly, without a shot being fired, the last breath of tiny children scarcely audible as they expire in their mothers' arms; and no one can be found to console or help them to come to terms with the death of youth that is scarcely less traumatic than the experience of the bereaved of Norway.

Jeremy Seabrook is an author and journalist specialising in social, environmental and development issues. His latest book is People Without History

A Breath Of Fresh Air