The In-Box From Hell

Obama entered office with a horrendous legacy but, that aside, resolving global challenges requires internal unity of purpose within major states and international cooperation 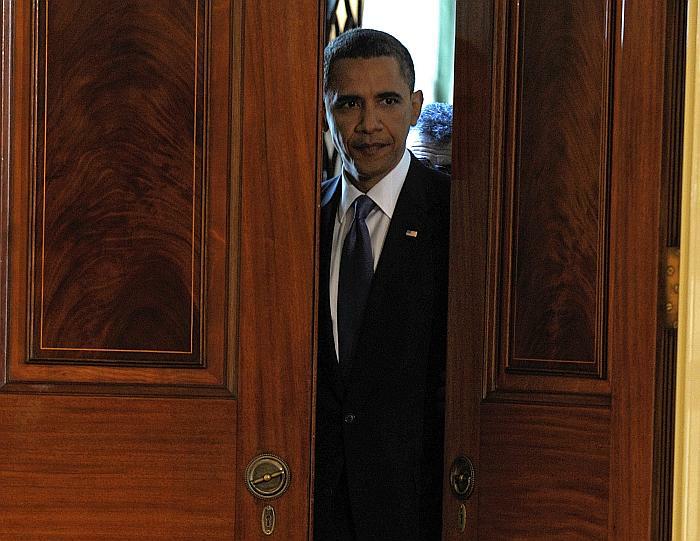 As Barack Obama approaches the halfway point in his first term as president, there is growing disappointment over his perceived failure to have lived up to the hopes inspired by his 2008 campaign and election. That is largely because those hopes were unrealistic.

Obama inherited from George W. Bush the In-Box from Hell. The war in Afghanistan was already a disaster, going from bad to worse for six years – with onerous consequences in civilian and military lives lost. On Day One, he confronted a pair of dangerous dilemmas over the nuclear ambitions of Iran and North Korea, and the task of trying to breathe life into a moribund Middle East peace process.

Near the end of the campaign, the global financial earthquake hit, with its epicentre on Wall Street. Several days after the election, Obama met with his economic team for a full briefing and the calamities that, absent bold action, might lie ahead. After pondering the nightmare scenario, Obama asked his advisers if perhaps it wasn’t too late to ask for a recount of the election returns.

The economic crisis is both immediate and long-term. When Admiral Mike Mullen, the chairman of the Joint Chiefs of Staff, came to Brookings in May he was asked: “What problem, above all others, keeps you awake at night, Mr. Chairman?” Without a moment’s hesitation, he astonished us with a curt answer. The No. 1 threat to the country, he said, is the national debt, on a trajectory to exceed the US gross domestic product within 15 years.

On top of all these daunting challenges, Obama had focused, from the beginning of his campaign back in 2007, on two existential ones: the unravelling of the nuclear non-proliferation regime and climate change. On several occasions he referred to these threats jointly as the reason why the Earth is “a planet in peril.”

Put all this together, and it’s a defensible proposition that none of Obama’s 43 predecessors came into office facing a welter of global problems of this urgency, complexity and consequence. To be sure, his hero Abraham Lincoln had a full plate waiting in the White House in 1861, but it was essentially one plate, taking up the entire table. And while the nation was in mortal peril, the planet did not yet so qualify.

Obama’s theory of the case for American foreign policy starts from the premise that there has been a profound transformation in the nature, distribution and interaction of power. For the first time in history, the major states are at peace with one another. Moreover, to an unprecedented degree, they are collaborating in the search for ways to translate common interests into collective action, and to concert their resources and coordinate their policies in dealing with threats that they cannot manage on their own.

Those threats tend to come from weak or failed states, not strong ones. Or they come from non-state actors – international NGOs of the most malignant sort, Al Qaeda being the most notorious example but by no means the only one. Or they come from potentially disastrous natural consequences of human activity.

Taken together, these defining characteristics of our age require more emphasis and more effective reliance on diplomacy, partnerships, alliances, coalitions of the willing, and international norms and institutions. Back in the early 1980s, when Obama was in his 20s, he worked as a community organizer in Chicago. On several occasions during his campaign he cited that experience at a local level as teaching lessons that are, or should be, applicable globally – useful, that is, to the ongoing cause of better organizing the community of nations in an increasingly interdependent world.

In short, he believes in improving the practices and mechanisms of global governance. We’ve not heard Obama use that phrase, nor is he likely to use it, since to many Americans it has connotations of world government and black helicopters. He speaks instead about “strengthening our common security by investing in our common humanity.”

But for Obama – and the US – to catalyze international cooperation, there must be a degree of domestic political cooperation between the Republicans and Democrats and between the executive and legislative branches of government.

The single most consequential drama playing out in Washington right now – with implications for the entire world – is the effort on the part of the administration and some members of the Senate, including, to their credit, a few Republicans, to pass a bill that takes the first step toward putting a price on carbon as well as establishing national targets and a basis for emission-trading.

Unless the United States finally commits itself to federally legislated mandates for greenhouse gas reductions, it’s hard to imagine the international effort getting traction of any kind on that issue and certainly in anything like the time frame necessary to bend those two closely linked curves of greenhouse gas emissions and global warming.

A similar fight is brewing in the US Congress on nuclear proliferation, and the stakes are comparably high. The new strategic arms treaty that Obama has signed with President Dmitry Medvedev would be the first such pact ratified under a Democratic president. Yet in part for exactly that reason – to keep Obama from, as they say in Washington, “putting points on the board” – a number of Republican senators are trying to slow the treaty down if not stop it. Even if the US Senate ratifies the treaty, the current debate over it may have served its opponents’ purposes by laying the ground for a full, fierce assault against the administration’s determination to ratify the Comprehensive Test Ban Treaty, which the Senate rejected 11 years ago. A second defeat would severely damage the prospects for stopping the spread of nuclear weapons.

These two issues pose a test not just for the US government, not just for American democracy – but a test of the idea and institution of democratic governance itself. What a cruel, even fatal irony it would be if this system and philosophy of governance that we’re so proud of – democracy – were to empower the tyranny of short-term and shortsighted expedients over long-term imperatives relating to the survival of the human enterprise.

Obama pushes for legislative progress on climate and non-proliferation in the face of daunting opposition. He did not have to go for a climate-and-energy bill this year. In fact, he had a lot of advice not to do so. But he’s done it for a simple reason: Rather than letting the political calendar dictate lawmaking and policymaking, he is heeding the countdown on how little time we have to get serious about global warming before it’s too late. In other words, Obama has, consciously and necessarily, put the promise of his presidency at risk in order to have any chance of ameliorating the far greater risk to our planet, to our ecosphere and to our progeny.

Strobe Talbott is president of the Brookings Institution and was deputy secretary of state in the Clinton administration. This article is based on the 2010 annual Ditchley Foundation Lecture in the United Kingdom that he delivered recently. Rights: Copyright © 2010 Yale Center for the Study of Globalization. YaleGlobal Online