The Importance Of Being Hima Das, India's New Athletics Sensation

Let’s agree, it takes a lot to be her. From Khandulimari, a remote place in Nagaon’s Dhing village, she is not your everyday success story. 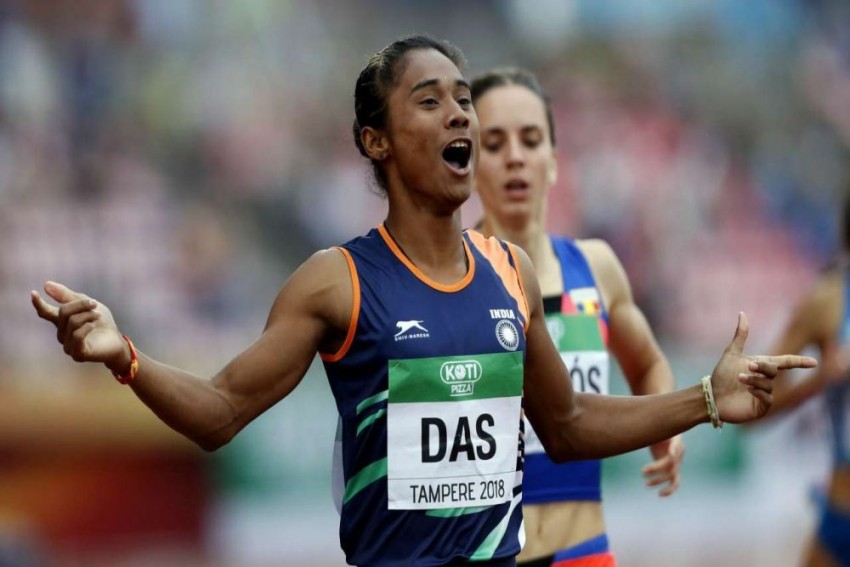 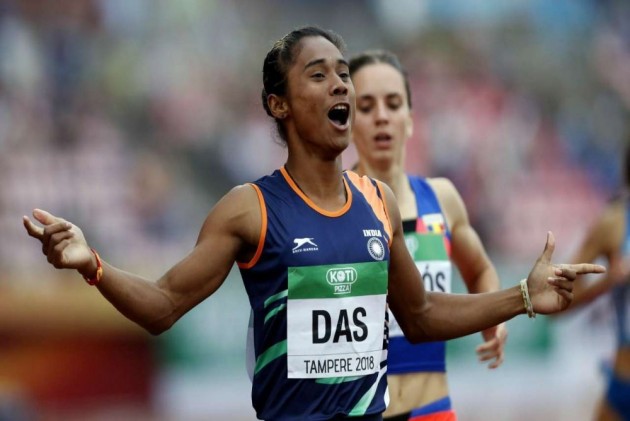 India held her breathe as sprinter Hima Das ran the last 80 metres. She was not even in the first 3 until then. But then the game changed. Rest she made history and became the first Indian woman to clinch a gold medal at a global event -- the World Under-20 Championships in Finland. She is the folklore, the bed time story India needed. In a country where we are still grappling with a huge gender inequality, Hima Das is a balm that gives hope to our burnt hearts.

Let’s agree, it takes a lot to be her. From Khandulimari, a remote place in Nagaon’s Dhing village, she is not your everyday success story. Who would have thought that an 18-year-old, who just started running two years back, will be a world champion.  But beyond this, if we scratch the surface and look through the lens of gender, there are so many things we as a society can learn from her family. Her father in an interview to The Indian Express says, “When Hima told me that she wanted to pursue sports, I saw no point in stopping her. Her passion is real. And there’s no stopping passion like that.”

Tell me in a country like ours, where women’s sports is almost negligible, how many fathers won’t bat an eyelid when their eldest teenage daughter decides to be a sprinter and go to the big city to train. Her mother in the same interview says that she had no idea about the sports her daughter was into.

She feared her moving out, but now she understands it a little better. In India, it’s not that we don’t like success. But the responsibility is mostly on the boys. Though women are a growing workforce, but they are still secondary when it comes to the family politics. The man still remains the strongest force in the Indian family structure.

Now, let’s talk about her start as a footballer. At 13, she started playing football with the village boys in a near by field. How many Indian parents will let their daughter do that: play in mud and dust, injure oneself that too with boys, whom she all beat. As her cousin Joy Das, says, that she was faster than any of them. In a country where fair and lovely still rules the roost, how many families are still okay with their daughter coming back home, tanned and soiled. Not many.

When it comes to her friends circle, she has a circle of seven boys. The gang she herself named, “Mon Jaai,” which in Assamese means, “I feel like.” The same gang she stayed awake whole night playing carom, when last week she was in Assam, to participate in the National Inter State Senior Atheletic Championship. How many of Indian families are okay with their teenage daughters staying awake all night with her gang of boys playing carom. I doubt if there would be many.

Hima Das truly stands up to the name of her group “Mon Jai,” (I feel like) because she does what she feels like. She chooses her friends , career and game of her choice and rises to meet her destiny. A destiny that not many of us believed in, before yesterday.

Hima Das is a strong study in gender equality where a girl runs in her father’s fields without opposition because she wishes to. She is in no way groomed to be anything else, but what she wishes to. A destiny we pray every Indian daughter has while growing up. She also shows up, that a woman can choose to be with anyone whom she wishes to be. Even if it meant seven boys, who are her best friends. Boys who support her journey as a world champion. Her friends also teach what we are not taught in men women relationship in society, where women can be world champions and men supporting her and feeling proud, without taking a hit on their male ego.

This is Hima Das, who despite coming from a small village taught us what gender equality is all about and a world that we must aspire to be. Hima doesn't only give India a gold medal, but also a dream that things are possible; that given opportunities girls can run on any track. Right now, I can see Hima and her gang of boys running around her village freely, choosing what they want to be.  A remote village in India shows up the light where the rest of us failed.

This is the legacy of Hima Das and her small village.

(The writer is a columnist and poet. The views expressed are her own.)