After travelling from Torkham to Wagah and promising us more from his journal entries, THC had gone incommunicado but returns now, almost incoherent -- 'you would do the same after a week on the road in Pakistan, owwwwwow baaabeh!' 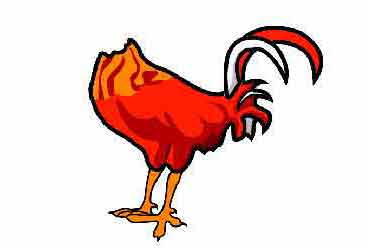 If this were an aviation story, we would be sipping and slipping over the border quietly over the fence using our own Swiss Jet, routed via Kandahar, Lahore, Amritsar and then more or less along GT Road.  At night, Lahore looks bigger and more symmetrical from up there, flying East towards Delhi, at 39000 feet, while Amritsar looks smaller but more alive -- always, but always, sit on the left window if you want to see this, left means seats with an "A" in them.

There is this big wide long patch of dark in between Lahore and Amritsar, disturbed only by the meandering twinkle of the lights strung up all along the International Border. If this were a Raj Kapoor movie, he would have been writing movie scripts under the sodium arc vapour lights there, reading A,B,C,D, 420.

Dangerous place for anybody, it is called No-Man's Land. Better to travel by land. Indians and Pakistanis cannot, except expelled diplomats. Would all the problems be solved if all the diplomats were expelled? Diplomat-shiplomat, what the hell, useless all, no bloody mat, if you know what I mean [We think he is lapsing into Punjabi - Ed] -- really nothing to do, just pretending.

Right on the border, slightly to the North West so that the setting sun gets into the pits properly, is a top secret akhara, a mud wrestling pit, the real, well, mosh pit.  This is where, as per the most recent United Nations convention, which a cousin of mine told me about (though unfortunately for the said cousin, a fortunate delegate from Ghana, ate him up), the Indo-Pak problems will be solved. [All of these, needless to say, are writer's claims -- Ed]

Great marketing companies have all got together and defined democracy as the art of he or she (not to mention it, considering some recent press stories about hijdas being elected -- nice people, no offence, I love them when they scandalise the neighbours by beginning to take off their clothes) who can run the farthest with a stuffed ballot box -- and may the best man (in a manner of speaking) win. WWF visits us. The akhara on the border exists. You could see it from the Indo-Pak bus. T he Indo-Pak bus does not exist anymore. But the akhara does. Take my word.

Here was the UN plan: politicians, civil servants, media, and others, on a one to one basis, will meet at this location and be given a pre-stuffed ballot box each. They will then have to run round and round inside the akhara, trying to catch the rear-end of the person from the other side (the backside of the front person, see?). All this without letting go of their stuffed ballot boxes. Once they get that, well, they get that -- do you get that? They have to do this because the Election Observers from abroad wanna get some siesta. Got it?

No, you don't. So let me explain some more. Once they catch each other, they then need to wrestle each other, and then they have to finally stop when the Election Observers from abroad have finished, their, siesta. At that stage, all ballot papers -- marked and unmarked -- will be collected and the decision announced after tossing a coin. This will be like cricket. Why did I put commas there? Just, for, fun. [We tried copy-editing this piece, but gave up somewhere in the middle, though having to go back to introduce commas we had removed was a bit aggravating -- Ed]

Are Pepsi in Pakistan supporting the Indian team? Is Pepsi Cola in Pakistan now green in colour? It has become blue in India, I see this as I stop to eat paneer pakodas at Jullundur Cantt Bus Station. A headless chicken would not last long here, as there are too many tandoori chicken stalls. With more kukkads slaughtered than Rajinder Dhaba near Outlook office in each of them. Per capita.

The one other thing common on this route is the number of children playing cricket in the crisp winter sun. But, at Wagah/Attari, on the other side, once you have crossed the drip-dry wax left behind by the leftists (or the candle-carrying japphi-brigade) there are not too many children along the road. As I have observed before, women start showing their navels and, often, enough of the cleavage line that it enhances and confirms their Aryan ancestry.

Amritsar is connected along a road still carrying signboards marked to Lahore. Some of the ancient Dodge and Fargo mini trucks converted to buses would still fit into a scene of a movie from the '50s, if not from the '40s. Hanging around watching them, however, can risk getting you run over by brand new Tata Sumos and Toyota Qualis pelting past at thrice the speed of sound. Forgive this disoriented commentary, you would do the same after a week on the road in Pakistan.

The food -- and music --  here suddenly testifies to the Punjabi fondness for buttermilk and pakodas of all sorts, including chicken pakodas. And heaps of boiled eggs, shells scattered everywhere. No place for a headless chicken to go walkabout, wouldn't last a minute. I say this to myself again. Buses here seem to have as many people on the roofs as inside, and triple overtaking with multi-tone pressure horns is how they get their rocks off.

I look back to see ... .from Wagah/Attari, you head towards Amritsar, and there are a variety of left-turns you can take, the best of the lot has an old Pakistani tank captured and then abandoned with a sign nearby saying "photography prohibited". Most of the signboards are missing now. Most houses have aeroplanes made on their front porticos, to signify the desire to have another NRI son-in-law. Boeing as penis envy?

If you take one particular left-turn, you get on to the old alignment of the road that Ashoka built from Pataliputra to Kabul, now it goes on to Calcutta/Kolkata for the mother of all Left turns. There is, even today, a wooden bridge on this alignment, must be dating back a few thousand years as far as the location is concerned.

Out of Amritsar you pass a large number of towns where whether you take left or right turns it doesn't matter -- it seems the Haryana Roadways driver doesn't care as he scatters rickshaws in front of his Hinduja (after three Hinduja Brothers of London) Ashok (after Ashok Saran of Scindia House) Leyland (After British Leyland, now of Germany almost) Iveco (after late Gianelli of Italy of Fiat) bus.

Punjab along the GT Road pulses past in a torrid mix of religious congregations and industrial energy. For variety, milk bars merge with beer bars. The results of the second are visible upended all along, nowhere else in the country does heavy highway traffic pelt as fast as on this stretch. Or as dangerously. In local parlance it is called "Russian" driving.

Well behaved clean-shaven Punjabi truckers freshly returned from the sanitised fields of Canada have been known to start sporting the 5-Ks again. New York taxi drivers go back and play shabad kirtan on their car stereos. Mandi Gobindgarh, Beas, Khanna, Ludhiana, Dhandari Kalan, Sirhind, in no particular order, they all seem to look the same. They even smell the same.

At Rajpura, where Punjab merges seamlessly into Haryana, fighter planes can be heard screaming low level and a bridge separates entry into Maggi noodle land. GT Road from here to Ambala, connect on to the spur coming from Chandigarh at a bewildering semi clover leaf, avoid the once famous dhaba at the Indian oil gas station, avoid everything in the mad rush towards Delhi, avoid paying the toll by going down on to the slip road.

The Headless Chicken will return. In time to witness (soulfully as there are no eyes) and report on the Indo-Pak match? Watch this space.