The Greatest Show On Earth

All the nations are represented, all have equal rights, and, most importantly — all abide by the same rules. Wouldn’t it be great if the entire world were organized along the same lines? 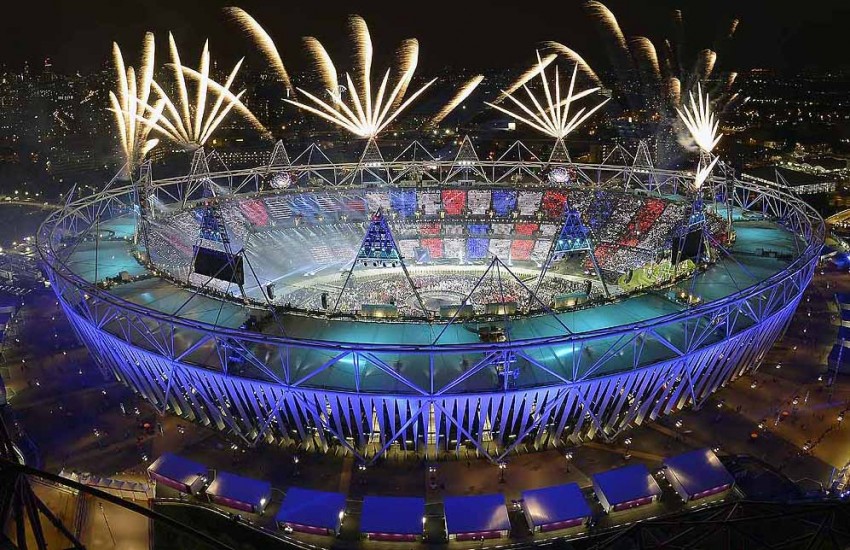 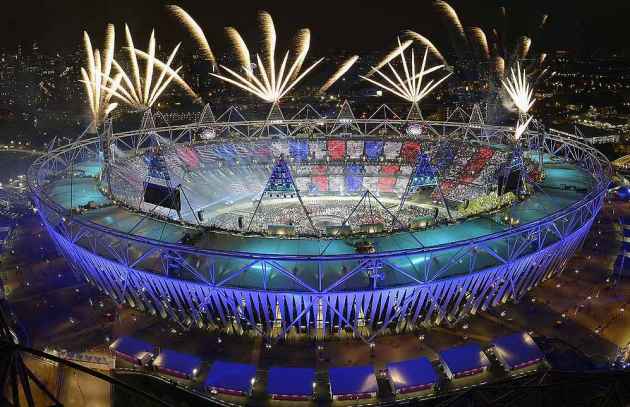 TO SUM up the opening ceremony of the Olympic Games in one word: kitsch.

To sum up the opening ceremony of the Olympic Games in two words: wonderful kitsch.

HONEST DISCLOSURE: I am an Anglophile.

At the age of 15 I started working for an Oxford-educated lawyer. At the office only English was spoken. So I had to learn it, and immediately fell hopelessly in love with the English language and British culture in general.

Some may wonder at this, since at the same time I joined a terrorist organization whose aim was to fight the British and drive them out of Palestine.

Soon after my 15th birthday I faced the admission panel of the Irgun. I was asked if I hated the British. Facing the beam of a powerful projector, I answered: no. Sensing the consternation on the other side of the blinding light, I added that I wanted to liberate our country, and did not need to hate the British to do that.

Actually, I think that most Irgun fighters felt like that. The nominal Commander in Chief, Vladimir (Ze’ev) Jabotinsky, was an ardent anglophile and once wrote that the Englishman in the colonies was a brutal oppressor, but that the Englishman at home was a decent and likeable fellow. When Great Britain declared war on Nazi Germany, Jabotinsky ordered the immediate cessation of all Irgun actions. The Irgun’s military commander, David Raziel, was killed by a Nazi bomb while assisting the British in Iraq.

His successor, Menachem Begin, came to Palestine with the Polish exile army, in which he served as a Polish-English interpreter. In this capacity he was often in contact with the British authorities. He once told me how he brought documents to British officers in the King David hotel, the building which he later – as Irgun commander - ordered to be bombed. Years later, the Queen graciously received him as Prime Minister of Israel.

Altogether, we had the feeling that we were lucky to be fighting the British, and not, say, a French or American (not to mention Israeli) occupation regime.

AFTER THIS confession, another one: I am not a sports enthusiast. Actually, I have no sense for sport at all.

Even as a child, I was the worst in gymnastics class. A good book always attracted me more than an exciting football game. My father treated sport as “goyim-naches” - Pleasure for Goyim. (Naches in Yiddish is derived from the Hebrew word Nakhat, pleasure or satisfaction.

BUT BACK to the Olympics. In the summer of their discontent, the British produced something unique: original, exciting, surprising, moving, humorous. I laughed when Her Majesty jumped out of the helicopter, I almost shed a tear when the handicapped children sang “God Save The Queen”.

But let us go beyond the pomp and circumstance. Do the Olympic games have a deeper significance? I think they do.

Konrad Lorenz, the Austrian professor who researched the behaviour of animals as a basis for understanding human behaviour, asserted that sports are a substitute for war.

Nature has equipped humans with aggressive instincts. They were an instrument for survival. When resources on earth were scarce, humans, like other animals, had to fight off intruders in order to stay alive.

This aggressiveness is so deeply imbedded in our biological heritage that it is quite useless to try to eliminate it. Instead, Lorenz thought, we must find harmless outlets for it. Sport is one answer.

And indeed, looking at the various manifestations of this human pastime, one cannot but notice the similarities with war. National flags are carried around by victory-crazy crowds. The defeated feel and behave like armies after a lost battle.

In ancient times, wars were often settled by duels. Each army would send forward a champion, and mortal combat between the two would decide the issue. Such was the legendary fight between David and Goliath. In today’s sports, a single champion often fights for his nation in the tennis court, the judo ring or the Olympic pool.

A national football (soccer) team certainly goes into battle for the honor of its country, borne on waves of patriotism. Each player is profoundly conscious of the huge responsibility resting on his shoulders (or in his feet). A beaten team often looks like the pitiful remnants of Napoleon’s Grand Army retreating from Russia.

In Europe, where national sovereignty is gradually losing its meaning, football has taken its place. When you see a crowd marching through the streets of any European city, shouting and waving the national flag, intoxicated with national pride (and alcohol), you know that an “important” match is taking place.

The much-condemned English football hooligans (named after a riotous Irish family in London) are not so far removed from the spirit of the game. Patriotism, war and violence all grow on the same tree.

For the Israeli team, the consciousness of National Duty is most pronounced. Israel’s sportsmen and sportswomen do not win for themselves, they win “for the Jewish People”. Every (scarce) victory is a national victory, every (alas, so frequent) defeat is a defeat for Israel. Thus it is represented in our media, thus the winners and losers themselves see it.

IN A WAY, sport is not only a substitute for war, but also for religion.

There is a religious fervour to sports. Enough to look at the faces of the football players before the beginning of a match, devoutly singing the national anthem, in order to become conscious of the sacredness of the occasion - though a British player may come from Jamaica and a French one from Algeria.

Even in the understated British opening ceremony, the religious undertones were obvious. The Torch, the Flag, the High Priests. Onward Christian soldiers, marching as to war. Also Muslim soldiers. Also Jewish soldiers, and so on.

In Israel, Jewish sportsmen and sportswomen often invoke the Almighty in their matches. They clutch amulets blessed by Kabbalist rabbis, pray and ask for divine favour. (Which must be a headache for the Divine Referee when Jews play Jews.)

I suppose that in ancient Greece, where it all began, players invoked the various Gods and Goddesses, calling for the best God to win. In the wide-flung Byzantine Empire, two colours battled each other for generations.

Sport, as represented by the Olympic games, is now a world-wide cult, less harmful than most, without the mumbo jumbo of some, uniting rather than dividing. Altogether a good thing.

THE UNITING factor is, perhaps, the most outstanding characteristic of this event.

Hundreds of millions, perhaps a billion human beings watched it around the globe, each represented by his (or her) national champions.

That is more than a curiosity. Hopefully, it is a picture of the future.

Watching the entrance of the delegations was an uplifting experience. Almost all the nations on earth were represented, following each other in quick succession, waving their colourful flags. During the following days they competed with each other, met each other, respecting each other, all in a spirit of comradeship. Sportsmen and women from one nation admired the achievements of those from others, races mingled, prejudices evaporated.

It is interesting to compare this international meeting with another place where all the nations meet: the United Nations Organization. In the match between the two, the Olympics win hands down.

Can anyone imagine an Olympic meeting where some nations possess a formal veto and use it against another nation? Can one compare the inbuilt inactivity of the UN with the hyperactivity of the games?

For me, this is the main attraction of the event. I am a strong believer in world governance. I believe that it is an absolute necessity for the survival of the human race and the planet. Climate change, the proliferation of nuclear weapons, the global economy, world-wide communications – all make global cooperation both necessary and possible.

I am fairly sure that by the end of the 21st century, some sort of global government, based on global democracy, will be in place. The Olympic Games are a good example for such a reality. All the nations are represented, all have equal rights, and, most importantly - all abide by the same rules. In principle, each champion has the same chance of winning a gold medal as anyone else; belonging to this or that big or small nation does not matter.

Wouldn’t it be great if the entire world were organized along the same lines?

FOR AN Israeli, the procession was a sobering experience.

We tend to see ourselves as the centre of the world, a power well beyond our modest size. Yet here our delegation was marching, one among many, one of the smaller ones, without the glamour some of the others possess, without a single champion that all mankind recognizes.

A good reason for modesty – a virtue we cannot usually boast of.