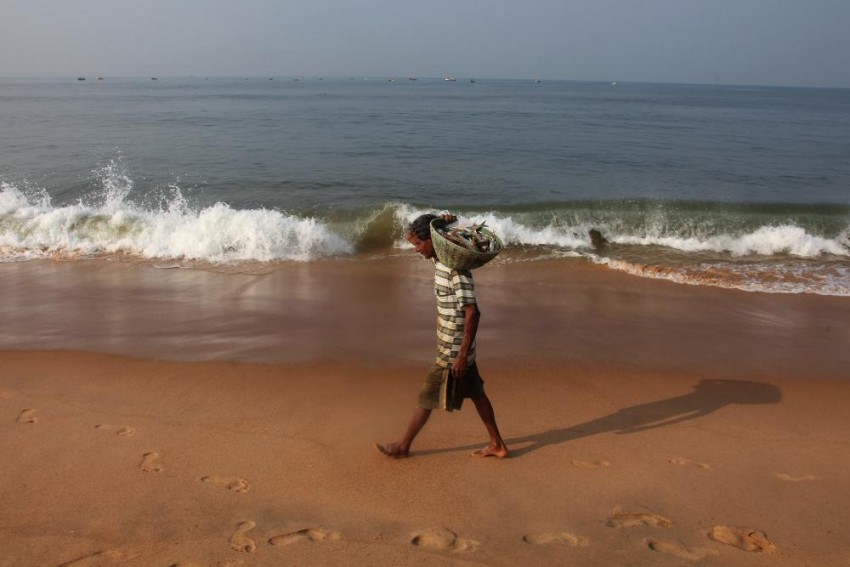 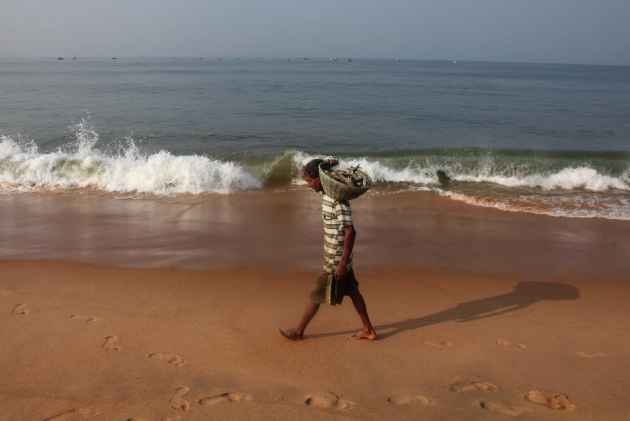 Tourism Minister Dilip Parulekar exults that the number of tourists who came to Goa in 2015 was 6.5 million and brags that a million more will come next year.

Problems such as littering, garbage dumping, unending road-digging works, and drug peddling are putting off international tourists, and especially the British who love Goa and spread their money liberally and are unhappy with the current situation. They are the ones you would find letting their hair down in shacks — in fact, menus in these shacks were tailored to the British palate — whereas now you have Russian signboards and menus.

The haphazard growth of tourism, in the absence of a tourism policy, has led to drug peddling, prostitution, accumulation of garbage and littering on beaches. Says a disgusted tourist, Ian, "At every 50 meters, there is a peddler selling drugs or a pimp trying to sell girls to you. We do not come here to enjoy drugs or girls, but the beauty of nature and Goan hospitality. Please, please for God's sake do not destroy the beauty of nature."

Blame the stakeholders too

Those in the business say the "wrong kind" of tourists are pouring in on weekends — the "chaddi-banian" variety which litters the beach, leers at women, gets drunk, lives, cooks, eats on the beach and gives back nothing to the economy. "Goa needs high quality tourists and we stand to gain nothing with these men that come from neighbouring states just to ogle at our women and foreigners and don't contribute to the local income as the vehicles and supplies they hire are from their home state itself," said Steven Vaz, a hotelier.

Travel and Tourism Association (TTAG) president Francisco de Braganca says Goa's brand image formed over the years is being destroyed. "What was green, laidback and friendly has been replaced by the hustle that typifies an overrun tourist destination," he says. He also blames EDMs (electronic music and dance festival held at year-end), for causing overcrowding and traffic congestion."The season has ceased to be a Goan holiday experience," he says.

But neither the local body nor other stakeholders have done anything about hotels and taxis which fleece tourists. The State government too has failed to improve the infrastructure or create additional infrastructure.

What has come in for stringent criticism are the broadening of roads everywhere in Goa to indulge the big daddies of business who feed off Goa but give nothing back, not even jobs to locals who get a Portuguese passport and are on the first flight to Swindon.

It is entertainment of the highest order. Even as the jury is still out, in the absence of the Centre not coming out with a clear policy, the state government's actions on the Portuguese passport issue borders on the ludicrous. It filed an FIR against activist-lawyer Aires Rodrigues for allegedly holding a Portuguese passport. At the same time, it closed the dual nationality issue against various persons, including two MLAs (who support the government) and two police officers.

It does not end there. The advocate of the man who outed Aires Rodrigues is Rajeev Gomes. He too allegedly is a Portuguese passport holder and has an FIR filed against him! As activist-doctor Oscar Rebello put it, "Such fantastic lawyers, such a clever pulse on people's issues and such oversized, self defeating egos to accompany all the good in them." And a police force to carry out the farcical agenda of their masters.

Oscar Rebello quotes Salazar, the infamous Portguese dictator, saying, "Good old Salazar, rocking in his grave, must be smiling through his skeletal teeth: Nao foi 1961..mais Goa destruio a si propria emb 2016- 2017. (Translated we the Portuguese couldn't screw Goa in 1961, but they are doing such a fantastic job in 2016-2017).

A weak government last week chickened out a day after it started helicopter operations from Aguada, which it had dug in its heels to start despite vehement protests from the panchayat, public and political leaders in North Goa's Candolim. Chief Minister Laxmikant Parsekar chose bluster to overcome his red-facedness, claiming, while announcing that it would be aborted, that helicopter rides would go on but from other locations which he did not specify, a tactic he has employed in the past too when a gun is held to his head.

There is now talk that a five-star hotel in South Goa might be the take off point in a month's time, but that's still in the realm of speculation particularly after the government's faint heartedness earlier.

"Pawan Hans has been asked to put on hold the helicopter service at Aguada helipad. Aguada plateau is a heritage site surrounded by a protected monument like Aguada Fort. We will look for an alternate site to run the operations, and preferably develop three new helipads in the north district," the CM said. There's talk too that Pernem, the area from which the CM hails, is being considered.

In fact the grounded helicopter is a symbol of the BJP government trying to ram projects down people's throats, thereby losing the essence of Goa. Tourism Minister Dilip Parulekar, just as angry as Goa Tourism Development Corporation (GTDC), chairman Nilesh Cabral — both flagbearers of the helicopter project — with Candolim BJP MLA Michael Lobo for being responsible for the grounding of the project, said, "People are protesting against the tourism project. There was a fear that the helicopter could be stoned by an angry mob."

In all fairness it must be mentioned that many of the projects for which the erstwhile Congress government opened the door is being taken forward by this government. However, while people cynically acknowledge that "they are all the same", this government is being brought to account because it claimed, in 2012 while seeking votes, that it would to bring about "parivartan" and has ended up taking u-turns on virtually every issue because it has been politically expedient to do so. There will be reckoning when assembly elections, possibly at the end of 2016, come around.

For instance, protests on environmental grounds that it would create noise pollution and destroy the flora and fauna on the Aguada plateau was not heeded. Appeals that Aguada was a heritage site and there should be no commercial activities there were dismissed. It was finally the Candolim Panchayat which threw a spanner into the works calling for a site inspection saying the project was not given an NOC by it.

Pawan Hans Helicopter Limited (PHHL) (which had conducted the rides on a Bell 206 helicopter on Tuesday) and GTDC, which was adamant about throwing helo-rides into the tourism mix, are angry and disappointed. With Rs 3,200 per person and five sorties conducted carrying five persons each, it was a money spinner for both these entities. But as Michael Lobo, the BJP Candolim MLA, put it, "Nobody is going to come to Goa for helicopter rides. They come because Goa is Goa and then they might go for a helicopter ride".

But the Godse family from Kolhapur may not agree. They came here expressly for the chopper ride as a gift for their daughter, Dhanushree, on her 16th birthday. "It was awesome," they said like others of the 10 minute ride over Goa's capital Panaji, the Mandovi river and back to Aguada.

But then you have this British regular tourist who wrote a scathing letter to one of the local newspapers saying, "Once again the Government of Goa seems to be intent on driving away visitors with their misguided policy of licencing helicopter rides which will destroy the peace. All for the gain of a few (corrupt) people and the detriment of the many. If these helicopters fly, I for one will not return to Goa where I have spent over Rs 5 lakh every year during the past six seasons."