The Curious Case Of Nitish Kumar's Love-Hate Relationship With Demonetisation

The Curious Case Of Nitish Kumar's Love-Hate Relationship With Demonetisation

What was apparent though, was the growing insecurity about the power that the current government wields via its narratives. “The people in power today have a tendency to divert the narrative,” he reportedly said.

After hailing the demonetisation move initially and then keeping mum on the issue, Bihar Chief Minister Nitish Kumar has now backed former PM Manmohan Singh, calling it a case of “monumental mismanagement”.

Nitish, known to be the fierce Modi critic who walked out of the NDA alliance following the former’s elevation as BJP’s Prime Ministerial candidate was surprisingly welcoming of the move when it happened. The JD(U) supremo was the first CM to support the move, reportedly saying that “There is no pocket in the shroud for money, yet people take bribe. I don’t know why they do it and how much money they want.”

Nitish however had also added that he wanted a crackdown on benami properties, saying that while honest people like teachers and farmers work hard to earn a daily wage, those hoarding in black end up enjoying life.

Reports also mentioned how Nitish saw the ‘drive’ as an opportunity to extend his ‘clean image’ and thought it would help in the long-term. That despite alliance partner Lalu Prasad Yadav’s RJD trying to get him on the anti-demonetisation wagon. Kumar is also said to have postponed a review of the note-ban move on December 30, finally having it on January 23. Rumours had it that Nitish was to oppose the move at the end of December citing the aam aadmi’s problems but he stayed mum. 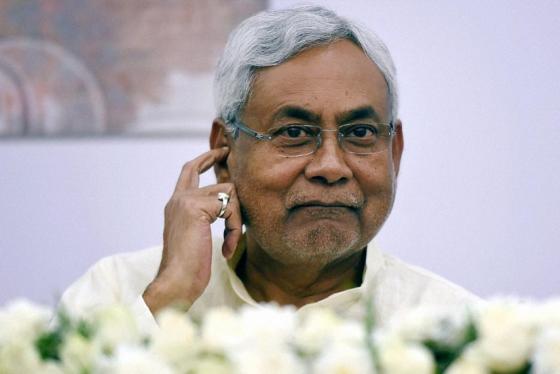 The tide seems to have turned at that meeting in late-January this year. At the 'Karyakarta Durbar of Grand Alliance’, Nitish met with alliance partners Lalu Yadav and Sharad Yadav a week before the Union Budget was presented. After the Budget was tabled in Parliament, Nitish and Lalu were critical of it, saying that there was nothing in it for Bihar.

And yesterday, the 65-year-old turned turtle on his demonetization stand. A News 18 report quotes him using the common-man jibe he was supposed to dish out two months ago, saying that demonetization had “poor arrangements for its implementation due to which common man is facing hardship”.

Nitish backed former PM Manmohan Singh’s stand, saying: “The Centre has to tell us what the benefit from demonetisation was. They can't divert the issue. When nowhere in the world cashless or less cash economy has worked, how will it work in a country like India?”

What was apparent though, was the growing insecurity about the power that the current government wields via its narratives. “The people in power today have a tendency to divert the narrative,” he reportedly said.

After waiting, mooting and flip-flopping on the issue along the way, Nitish Kumar has finally crossed on to the other side in the demonetisation divide.