Natwar Singh mostly is an honourable man but he protests too much. I am delighted he has written the first rough draft of history. But it requires serious sub-editing. 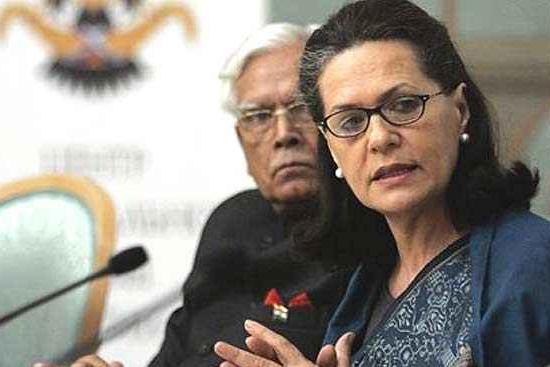 You have to be certifiable to defend the Gandhis. Besides the hammering you get on social media and from assorted Gandhi-haters (the number is legion), there is the family itself. If a Nobel Prize existed for bungling, it would go to Sonia and Priyanka. I understand in matters concerning the family, the family is a closed shop. It does not welcome advice, never mind its quality.

Watching the toll Natwar Singh's book-bomb has taken on the Gandhis, I began to wonder if the closed shop policy is such a good idea. Had a counter-strategy been formulated, or were they just submitting helplessly to an 83-year-old courtier turned critic?

I am late coming to One Life is not Enough because I couldn't figure out what was going on.

Then came news that Sonia and Priyanka had visited Natwar at his residence requesting him to edit certain portions out of the book. Someone should have told the Gandhis their visit was publicity worth crores to the author: he would go to town broadcasting the fact that the loyalist had spurned the Queen. And that is precisely what he did.

If an emissary needed to be sent someone lower down in the order—Suman Dubey—should have been dispatched. He would have tested Singh's mood on which basis mother and daughter should have made the decision to visit him. Given Natwar's craving for vengeance, they played straight into the old man's hand.

I must declare an interest. I know and like—very few people do—Natwar. Behind the hauteur lurks a person dying to be taken seriously as a man of letters. He often boasts of his correspondence with world-renowned writers like EM Forster. The correspondence exists but it is essentially in the nature of "thank you for the mangoesbooks". I met Natwar a couple of times at the airport. He always carries a fat book on Nehru or Octavio Paz in his hand.

Khushwant Singh used to loathe him, dismissing his intellectual pretensions as bogus. Natwar once confessed to me he was at a loss to understand why the Sardar had such negative feelings about him.

Now to the 'sensational disclosures'. According to me they don't amount to much. Of course, given the appropriate spin they can be converted into screaming headlines.

Let us take the prime disclosure. Sonia lied about her 'inner voice', she actually just funked in 2004.

Her son's ultimatum gave her the excuse for funking. I think you need a heart of stone not to identify with a family which has lost two close members in bloody assassinations. To make a song and dance about a technical fib in an atmosphere of extreme hostility to the `Italian' reportedly poised to sell state secrets to the Pope, with Sushma Swaraj threatening to shave off her head, and with the BJP ready to launch a nation-wide agitation, the fib is not just understandable but excusable.

We then get to the tittle-tattle regarding the decay in Sonia's character and her vaulting ambition for her son. What can I say? These are subjective opinions/observations of an embittered man enjoying taking his pound of flesh.

I don't want to pretend I know the truth or have my own sensational disclosures. However, to educate myself I revisited the Volcker Files which contain material on Natwar's role. At best, a complex picture emerges which challenges Natwar's claim of being `pure' as driven snow.

Enter Natwar's son, Jagat and his mate Andaleeb Seghal. What were both these fellows doing in Iraq when Natwar visited the country in 2001? What is Natwar's connection with Hamdan Exports, the company that allegedly got four billion barrels of oil? Why did Natwar not tell Sonia he was taking Jagat and Andaleeb to Iraq? Finally, most curious, why did Natwar post scam, not meet his boss to make his case? Natwar's answer to the last question is he was waiting for Sonia to call him. I'm sorry, I'll read that again! Natwar wanted Sonia to say, "Can you please spare ten minutes for me". Once when I went to meet the Congress president, I found Natwar perched uncomfortably on a bench waiting. My meeting lasted 30 minutes. When I came out Natwar was still waiting.

Natwar Singh mostly is an honourable man but he protests too much. I am delighted he has written the first rough draft of history. But it requires serious sub-editing. As in all Graham Greene's fiction, the truth is not black and white; it is made up of 50 shades of grey.

I repeat, Natwar is an honourable man, but he has not been canonized yet.