A cow is only an animal, like a horse. How can it be called 'Gomata'? 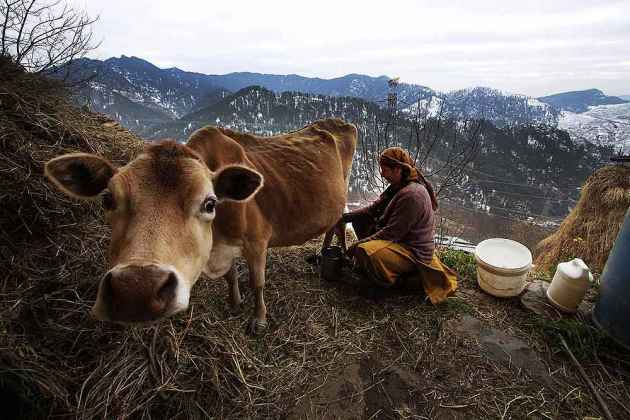 In Dadri, UP a man Ikhlaque was killed allegedly for eating beef. Many states, like Maharashtra, have banned beef. The UP Chief Minister has said export of beef should be stopped, and that beef is served in 5 star hotels. These days on T.V. channels much of the news is about beef.

I see nothing wrong in eating beef. I have myself eaten it several times, and will do so in future also when I wish to.

Most of the world eats beef--Americans, Europeans, Africans, Arabs, Chinese, Japanese, Australians, etc. Are they all wicked  people and we Hindus alone sadhu sants? It is entirely my business what I eat.

A cow is only an animal, like a horse. How can it be called 'Gomata'? Can an animal be a mother of a human being? If it is said that cow is our mother because she gives milk for human consumption, then goats, buffaloes, yaks, camels, etc are also our mothers because their milk is also consumed by humans. So should these animals also be worshipped?

Beef is a source of cheap protein for people in many North Eastern states of India, Goa, Kerala, West Bengal, etc. Many people in states where beef is legally permitted are Christians, e.g. Nagaland, Mizoram, etc.  Beef is openly sold there. If an all India ban is made, as proposed by some political leaders, many of these states will surely secede from India. Would that be desirable?

Such bans make us a laughing stock before the whole world by displaying our backward feudal mindset. We profess to be a secular country, so beef bans should be lifted in all states.

Those who raise a hue and cry against cow slaughter are not at all bothered by the suffering of tens of thousands of cows which are not properly fed. When cows grow old or for some other reason can no longer give milk they are often driven out and left to fend for themselves. I have seen cows eating filth and garbage by the side of roads. I have seen cows so thin that their ribs are protruding out of their flesh. If cows are made to starve is that also not cow slaughter? But nobody is bothered about that.

I regret to say that such bans are nowadays more for political considerations than anything else. For instance, in Maharahshtra there was already the Maharashtra Animal Preservation Act, 1976 which prohibited slaughter of a cow (which was defined to include a male or female calf) but permitted slaughter of bulls, bullocks and buffaloes on obtaining a 'fit for slaughter' certificate. But now by a new law effective from 2.3.2015 sale and export of beef has been totally prohibited, causing loss of many jobs.

There are some who say that killing a cow is like homicide. I find this a silly argument. How can one equate an animal with a human being?

I am afraid that reactionary right wing elements are behind such bans for vote bank considerations, which is not in the interest of the nation.

Former judge of the Supreme Court of India, Justice Markandey Katju is former chairman of the Press Council of India.