A report issued on Oct 4, 2013 voices its concern for Seemandhra people settled in Hyderabad and elsewhere in Telangana, citing special provisions to be made to protect their interests.

Even as the Group of Ministers continues to discuss and debate the draft Bill on Telangana, a report issued by the A K Antony Committee on Oct 4, 2013 has come to light. Among the many points that the committee makes on revenue, water, education and Hyderabad's status as common capital for 10 years, the panel consistently voices its concern for Seemandhra people settled in Hyderabad and elsewhere in Telangana. It cites special provisions to be made to protect their interests.

The Antony Committee report makes some important points on how Seemandhra citizens residing in Telangana, primarily, Hyderabad, be treated as insiders for the transition period of 10 years.

Under the heading Health and Education, the committee says:  It may be considered to allow students from residuary AP to be treated as insiders during the transition period of 10 years for seeking admissions in the educational institutions situated in Telangana.

Similarly, under the heading Trade and Industry, it says that there are "several big and small companies covering a wide gamut of economic activity such as IT, IT enabled services, Pharma, infrastructure, real estate, hospitality etc in and around Hyderabad, many of which are owned by Seemandhra industrialists. The concerns of these business people/industrialists will have to be suitably guaranteed more so in the backdrop of ever increasing acrimony between people of both the regions with some prominent voices in Telangana talking in threatening tone and tenor."

Regarding the boundaries of the common capital of Hyderabad, the Antony panel suggests that the boundary of Greater Hyderabad Municipal Corporation which includes the police commissioner jurisdiction of Hyderabad and the Police Commissioner of Cyberabad.

The Antony panel says that the statements of TRS leaders have given rise to nervousness and concern among Seemandhra people. Therefore, suggests the panel, the Bill should have a provision that the Government of Telangana in future does not pass a Bill to acquire such properties and business with retrospective effect.

All the pensioners and family members of such State government employees who decide to stay back in Hyderabad or in other parts of the Telangana region because of reasons such as having built their homes, education, health, employment etc shall get domicile of the new State of Telangana and shall not be under any obligation to return to Seemandhra against their will.

The panel accepts that there is a "fear psychosis" among the people of Seemandhra that they will be driven out and forced to sell their concerns under distress after division of the State. It states that private educational institutions and hospitality institutes in and around Hyderabad are primarily owned by Seemandhra people.

Polavaram project will be declared a national project and it will be completed with due regard to all resettlement, rehabilitation and environmental considerations. The revenue district of Bhadrachalam will be part of the residuary State of AP as a major part of the submergence will be in this division. This is an important point as the T-Statehood proponents are completely against any part of Bhadrachalam being divorced from the State of Telangana. Bhadrachalam falls in the Khammam district of Telangana region.

The panel talks about how people of Seemandhra working in Hyderabad and elsewhere are concerned about their safety and security. It states that besides extortion in the name of funds, the Seemandhra industrialists, professionals, employees etc are concerned over calls on the pattern of Telangana jaago, Andhrawala bhaago or Hyderabad sirf hamara by Telangana protagonists. The Telangana employees JAC has clearly said that they have noted down the details of Seemandhra employees who participated in the Samiakhyandhra agitation and they would be taken care of once Telangana State is created. 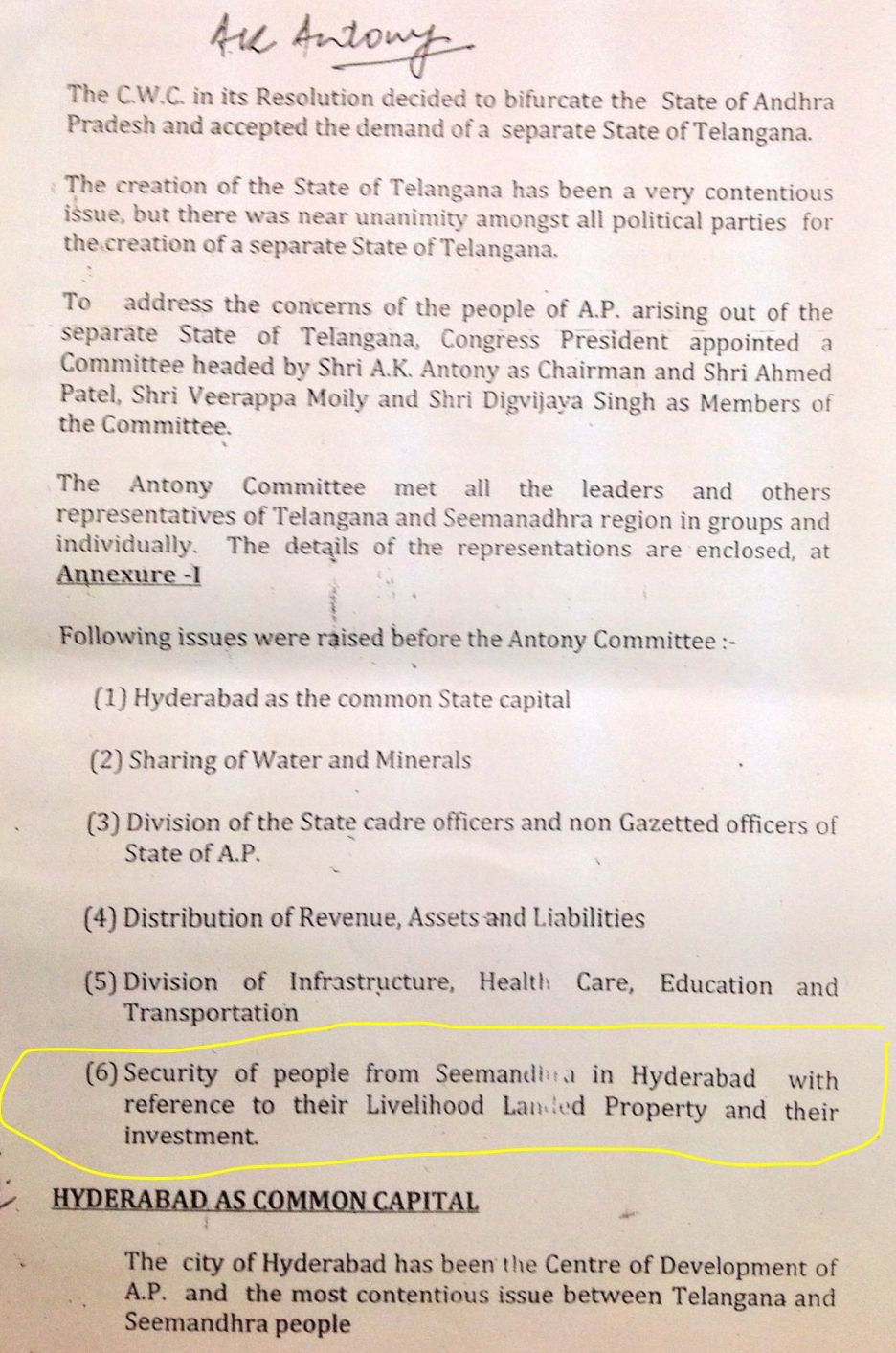 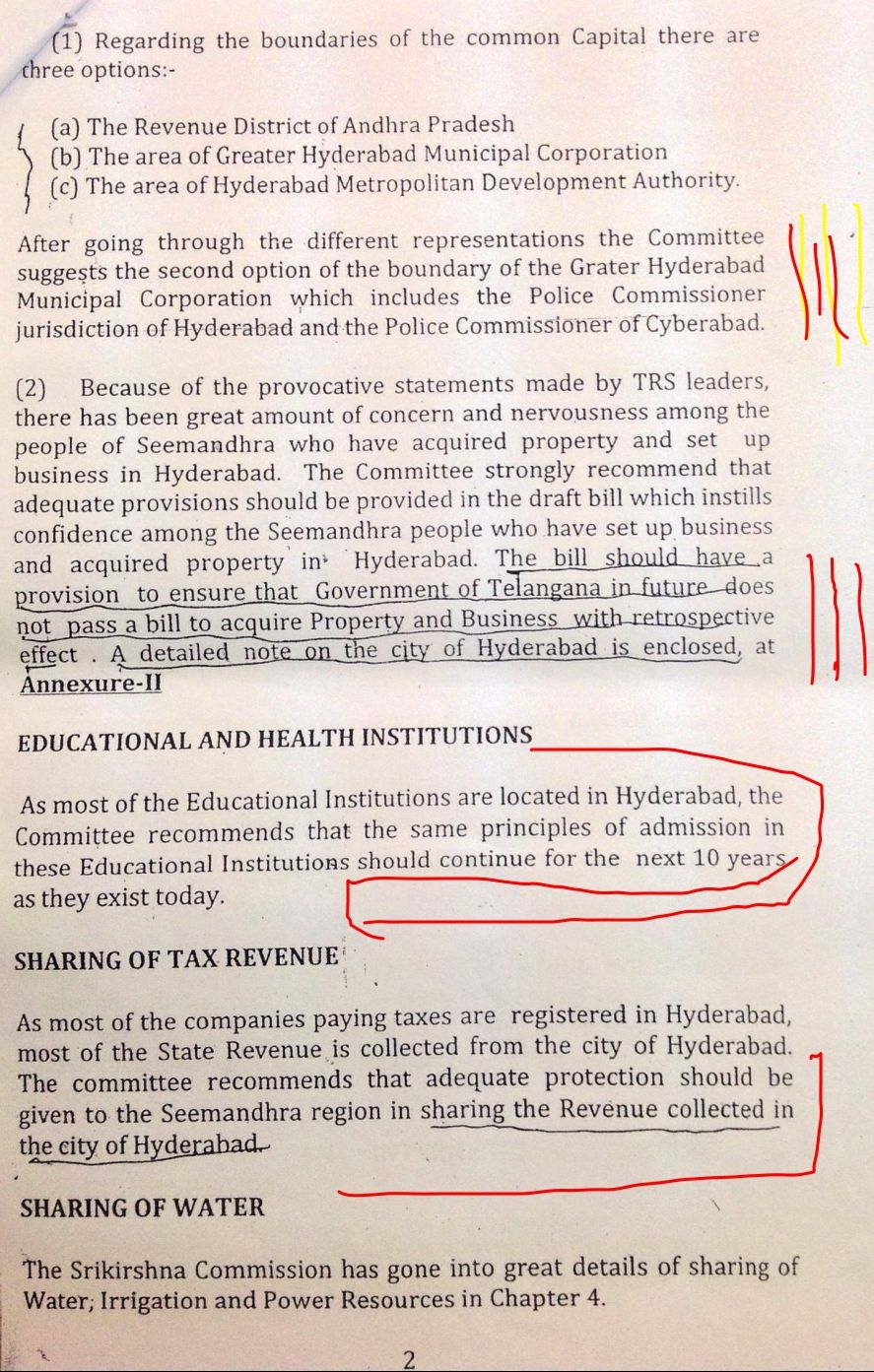 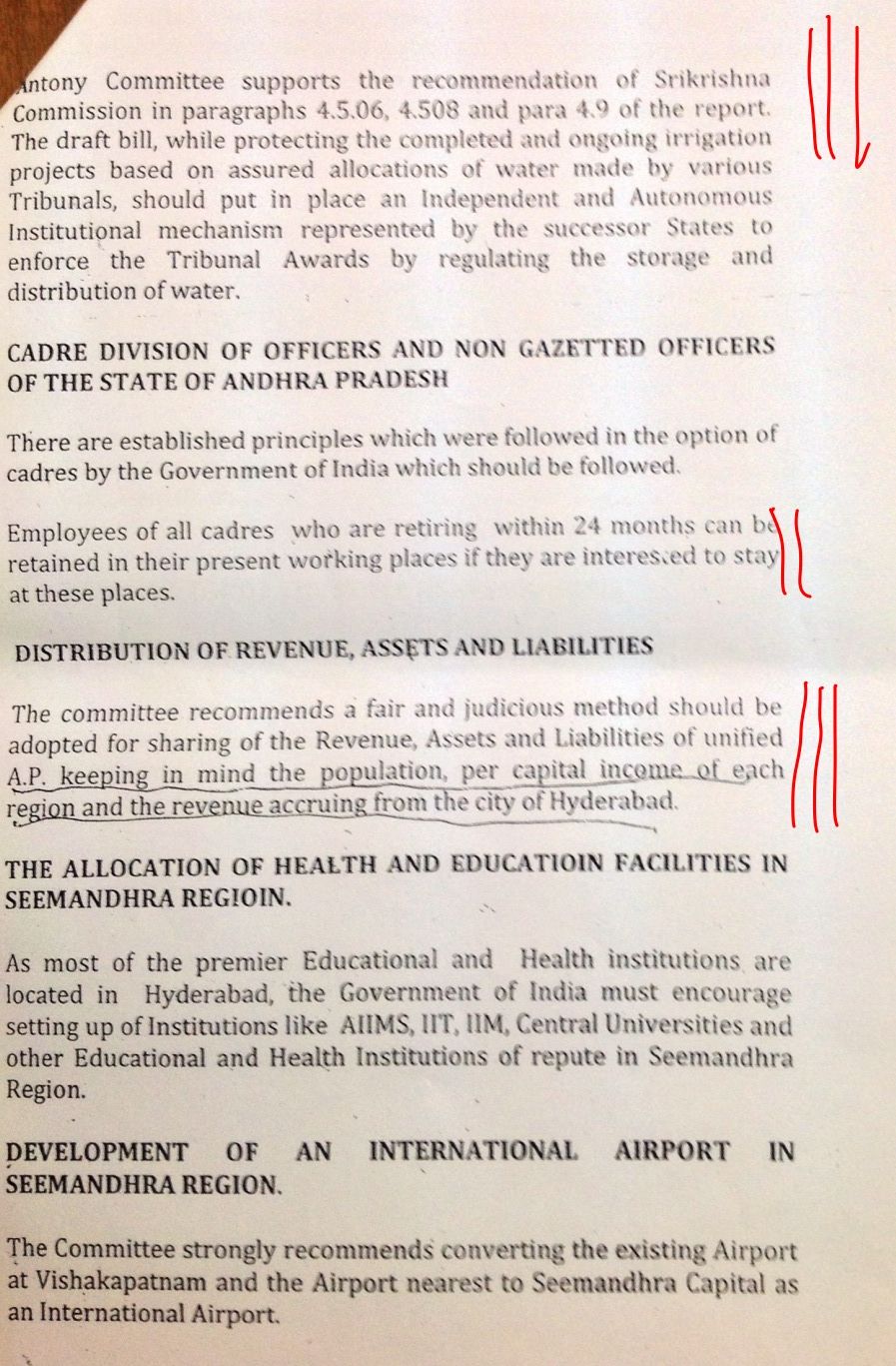 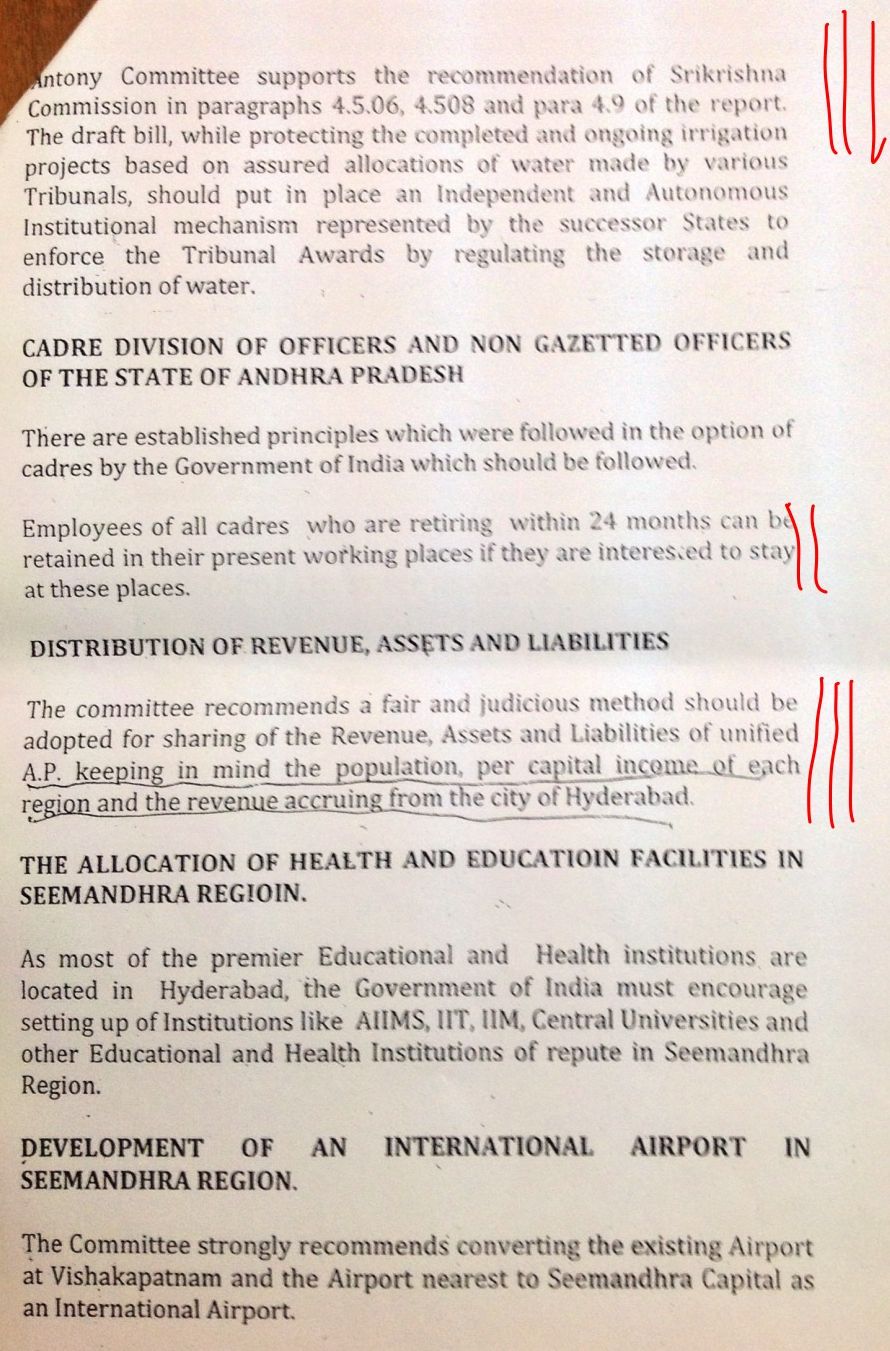 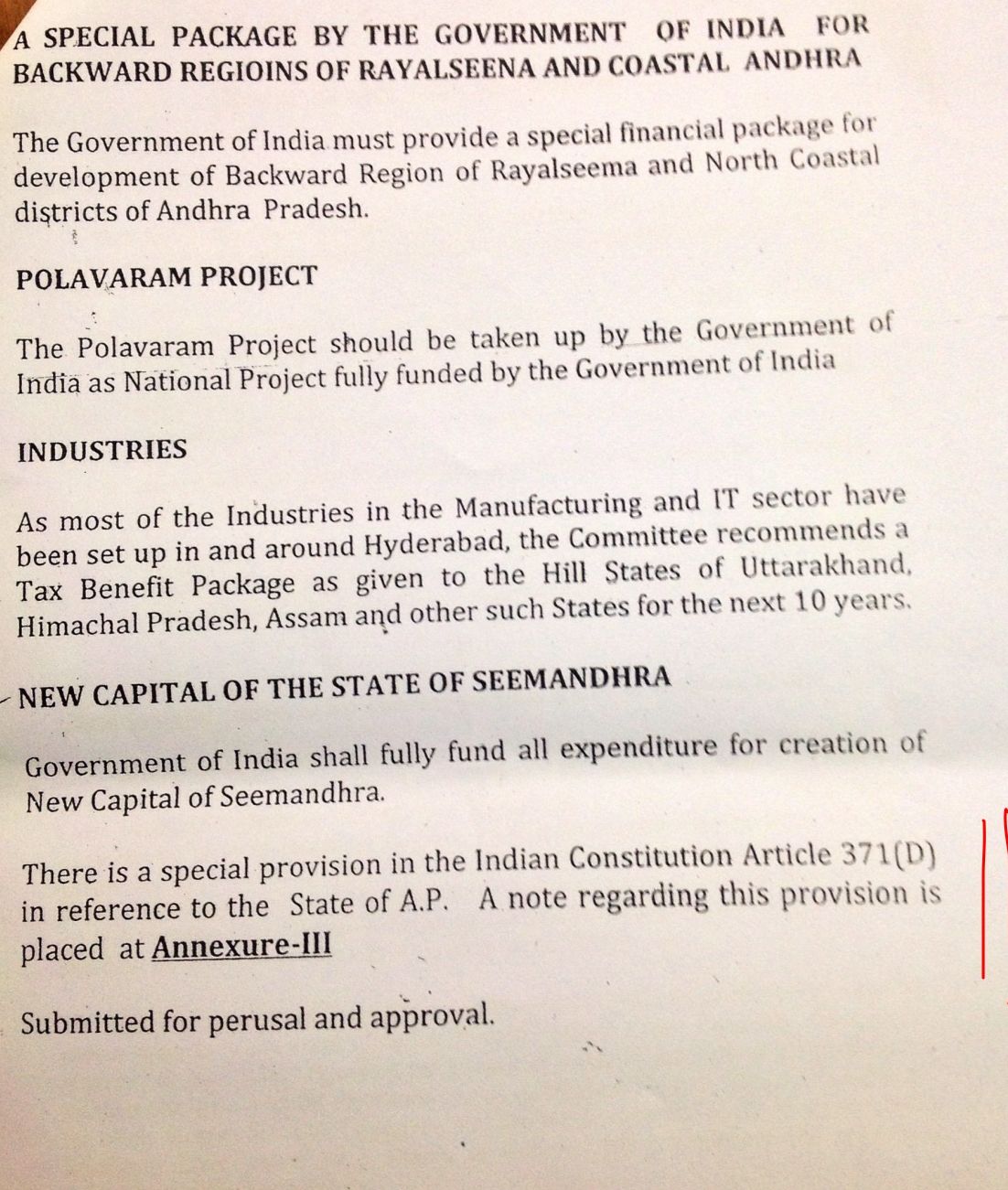 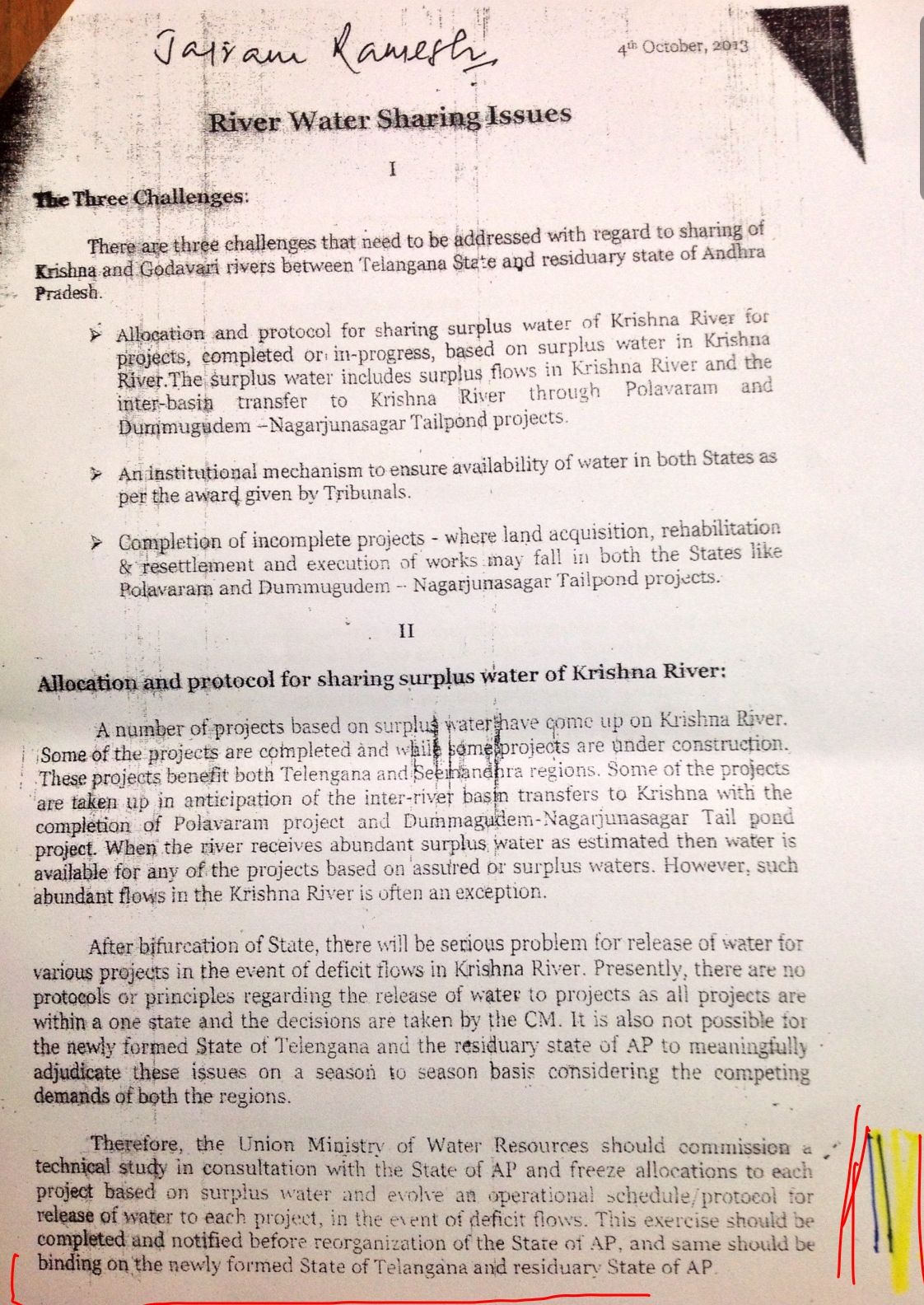 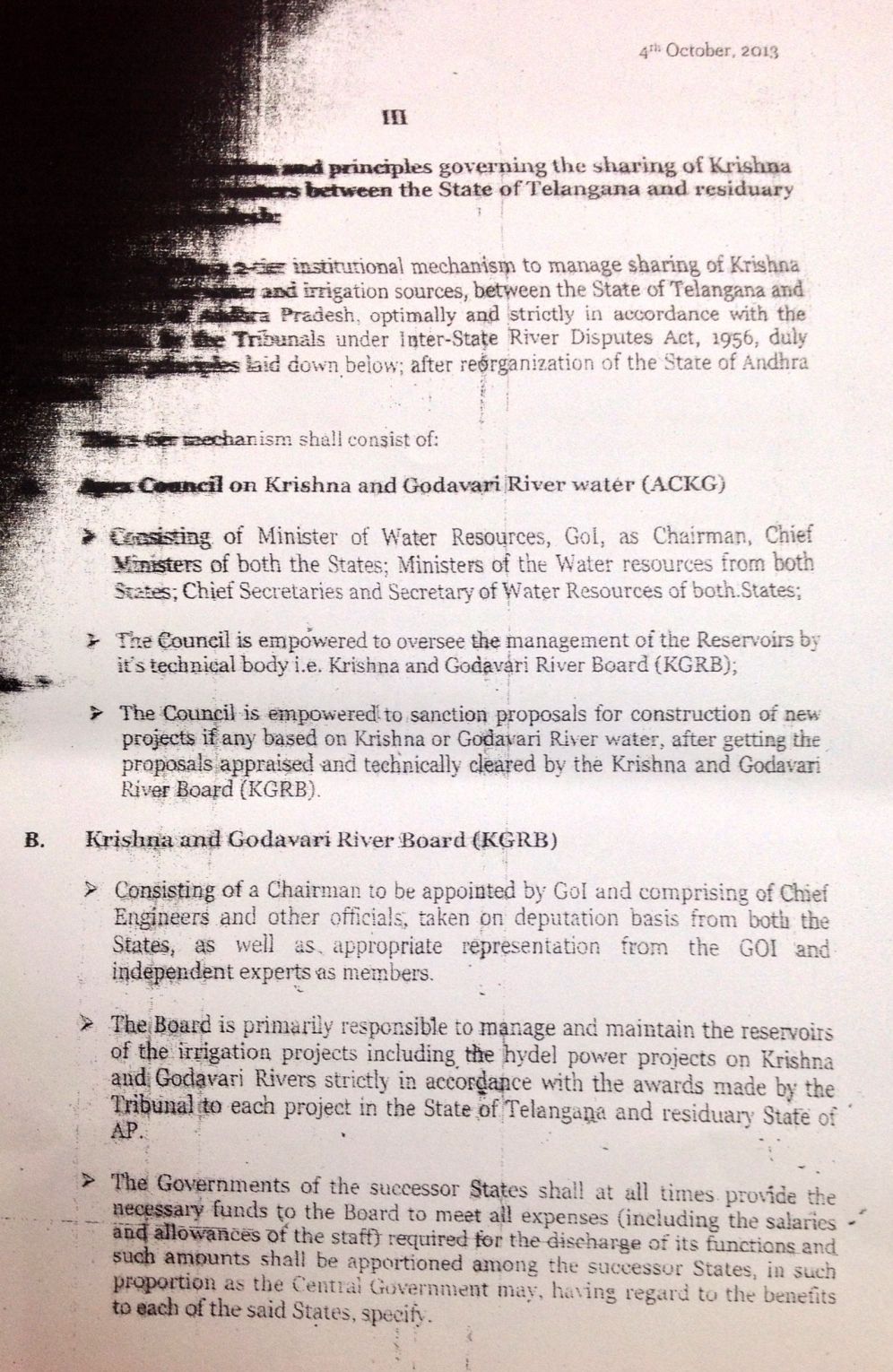 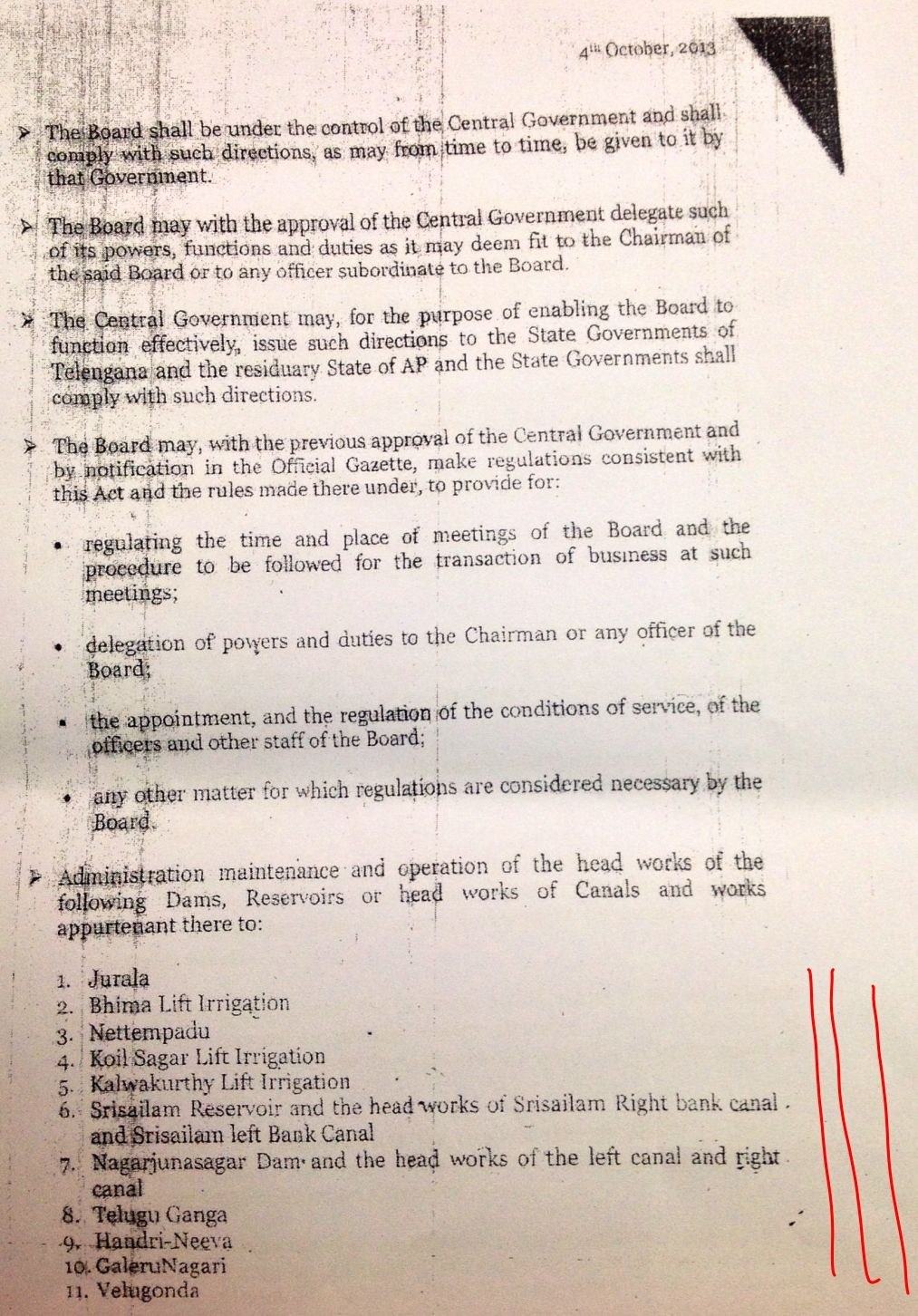 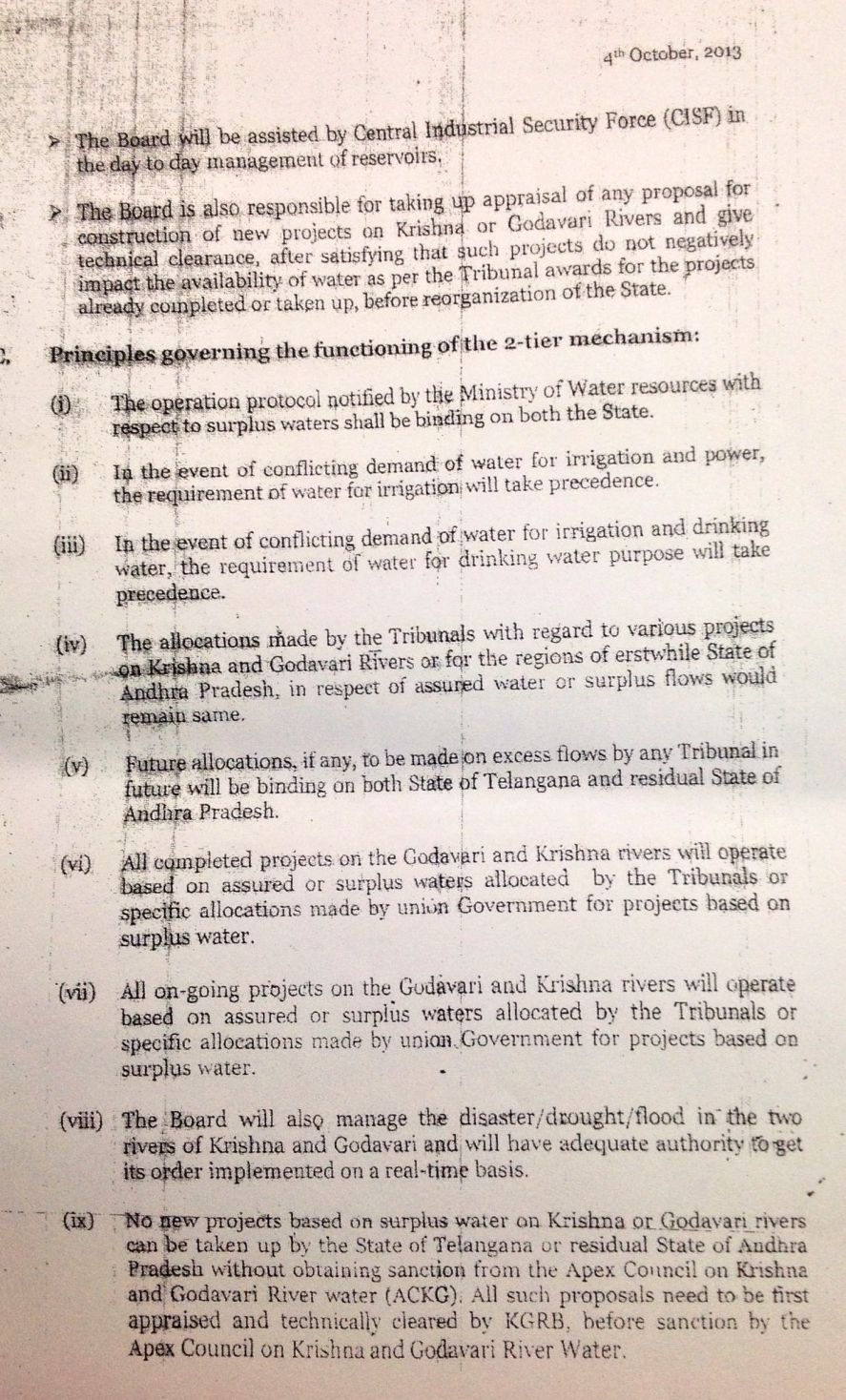 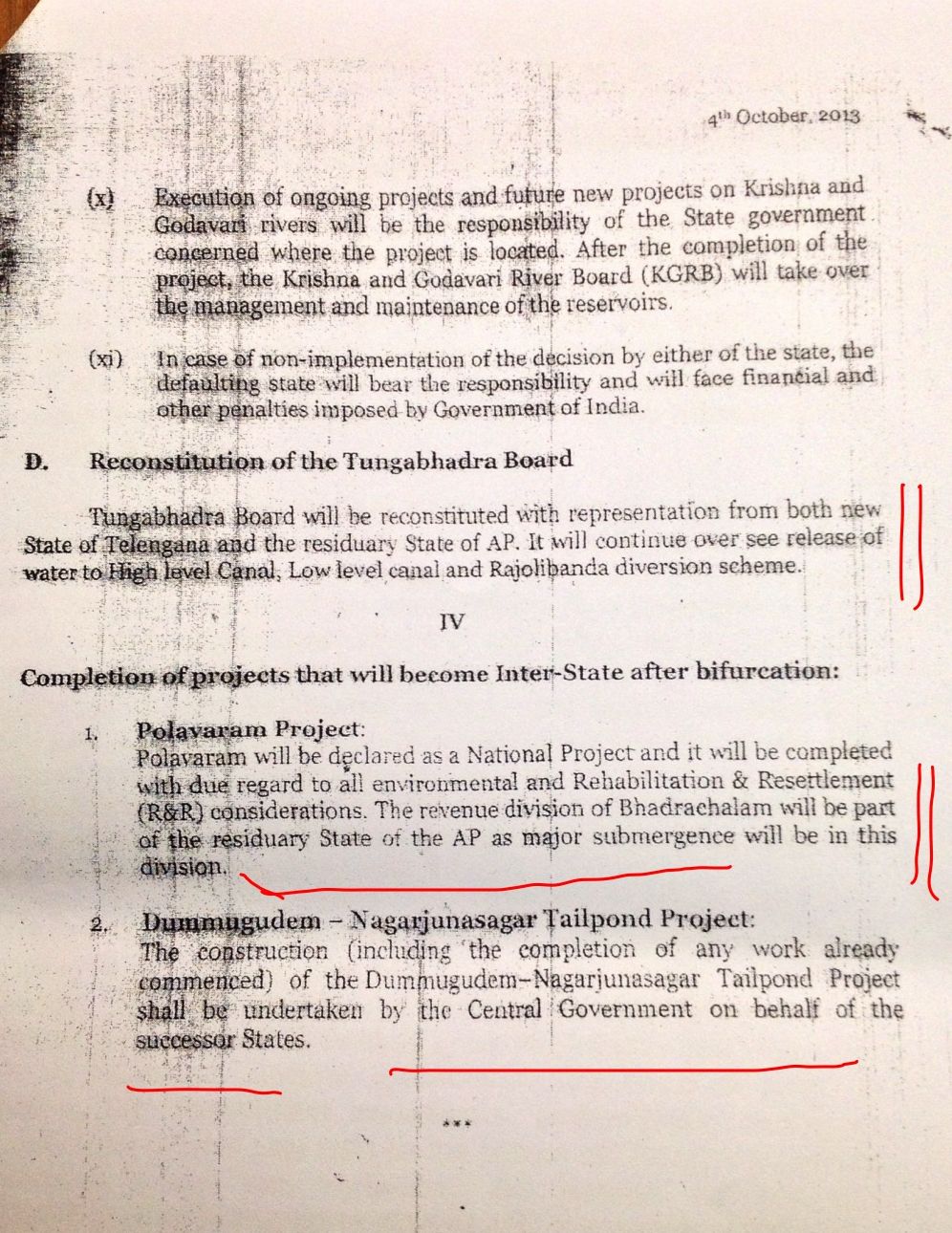 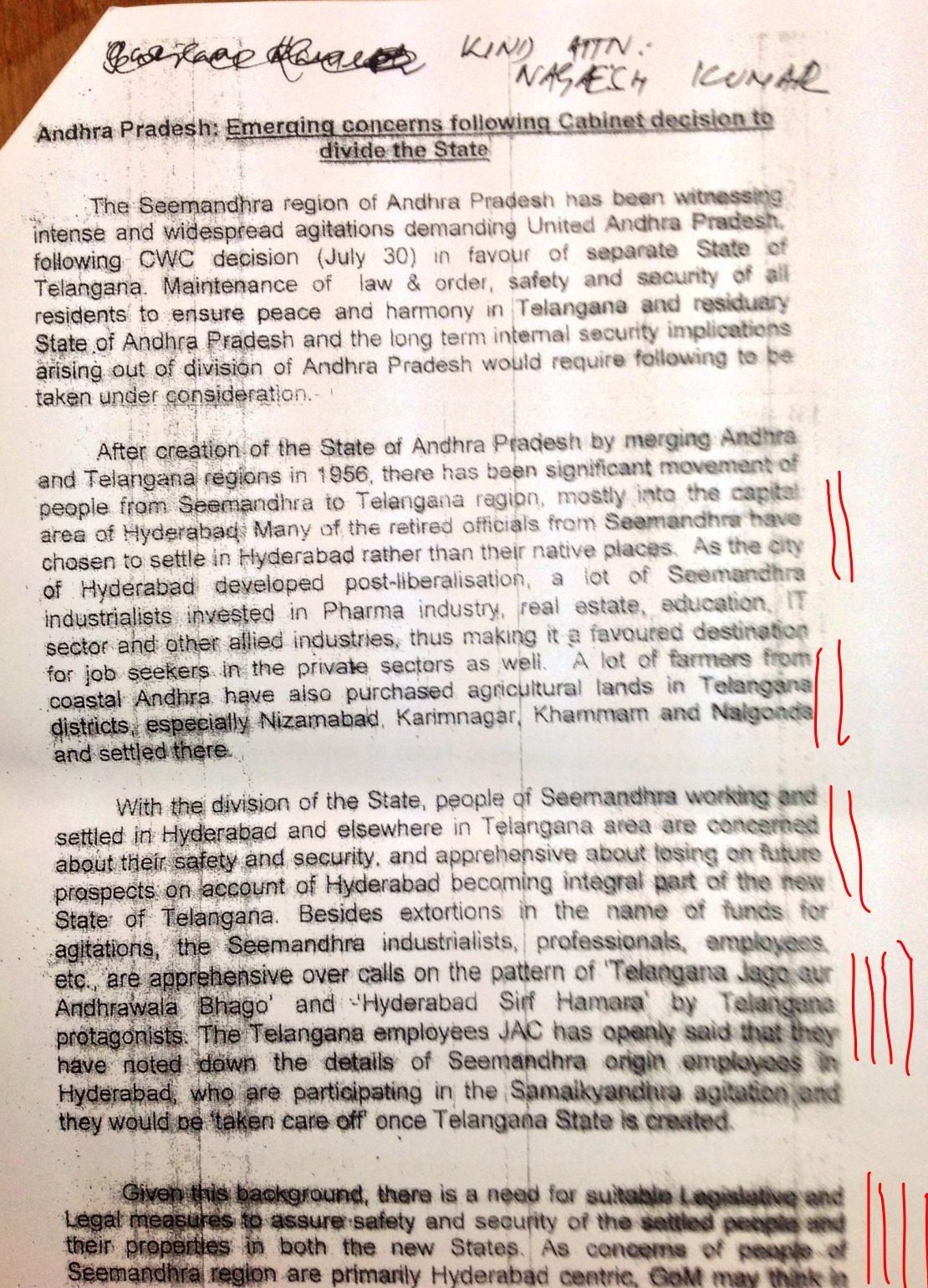 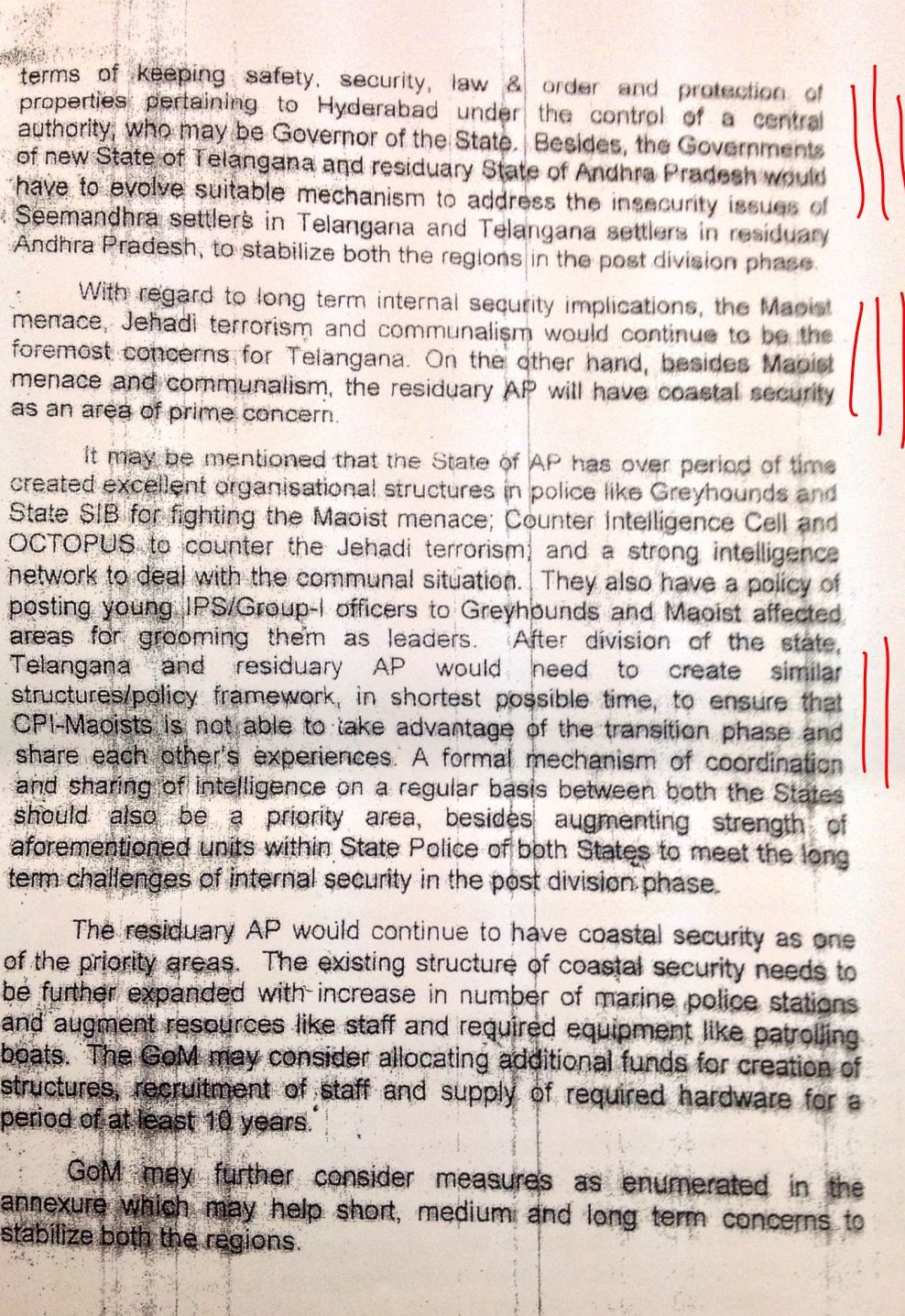 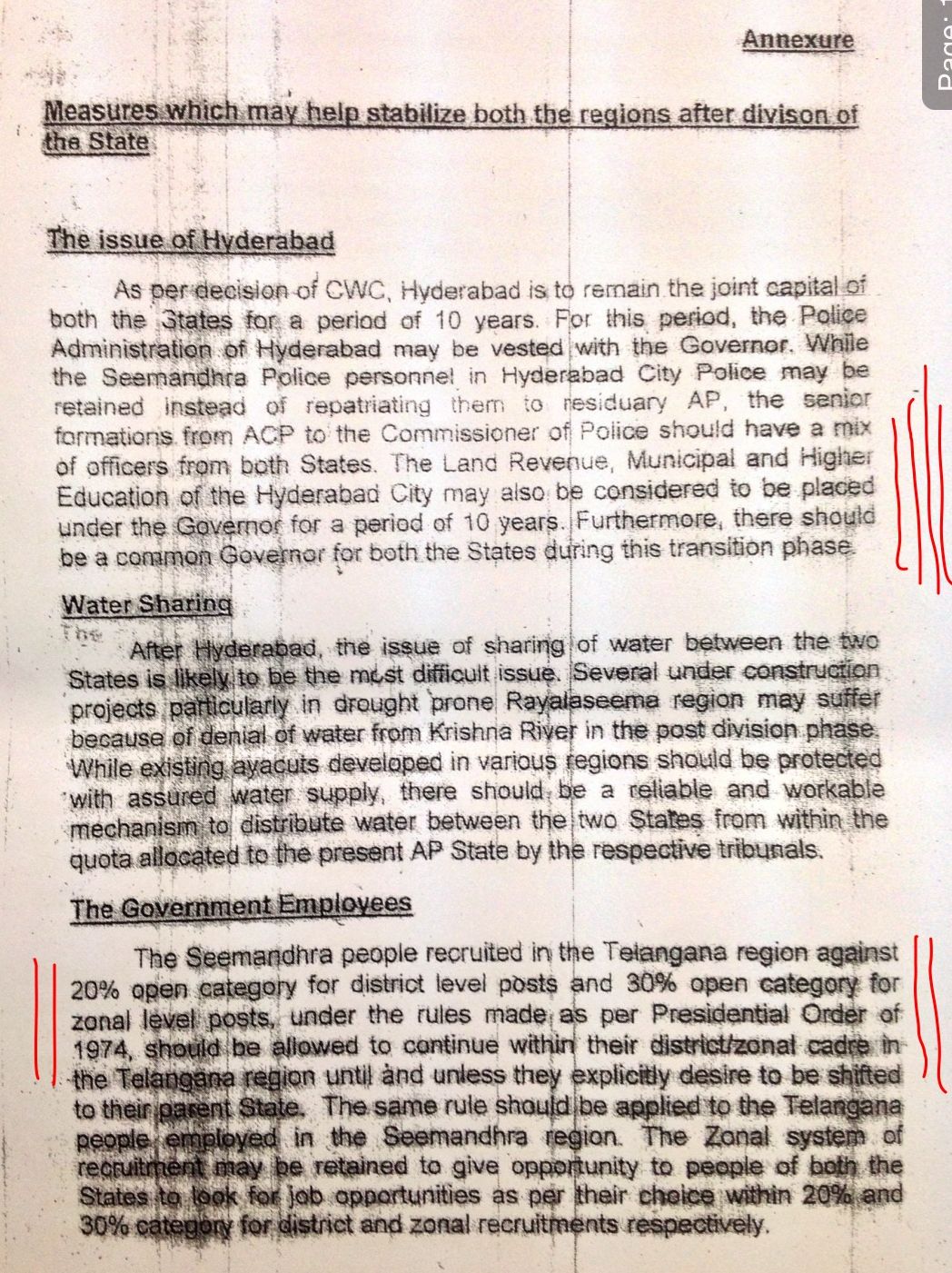 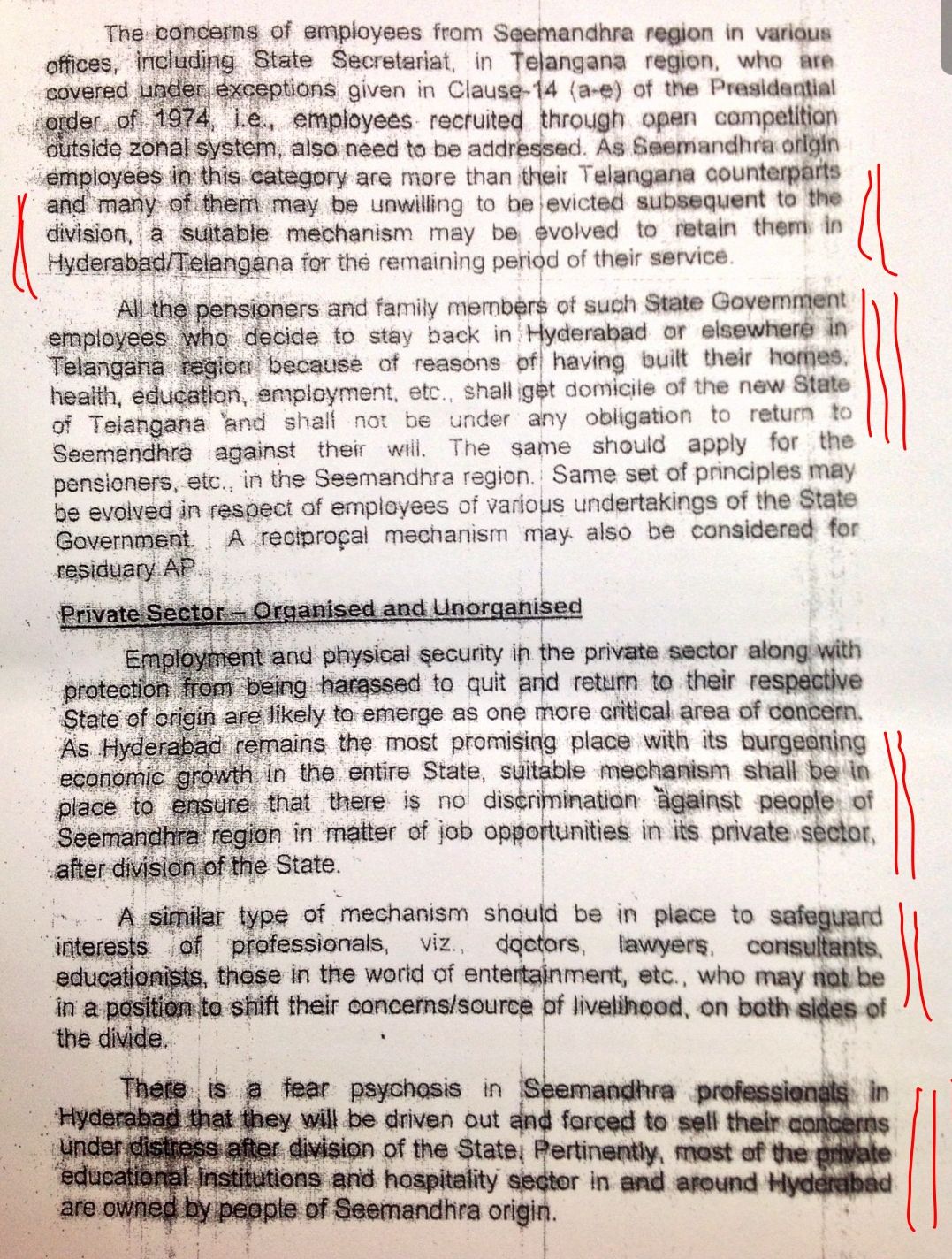 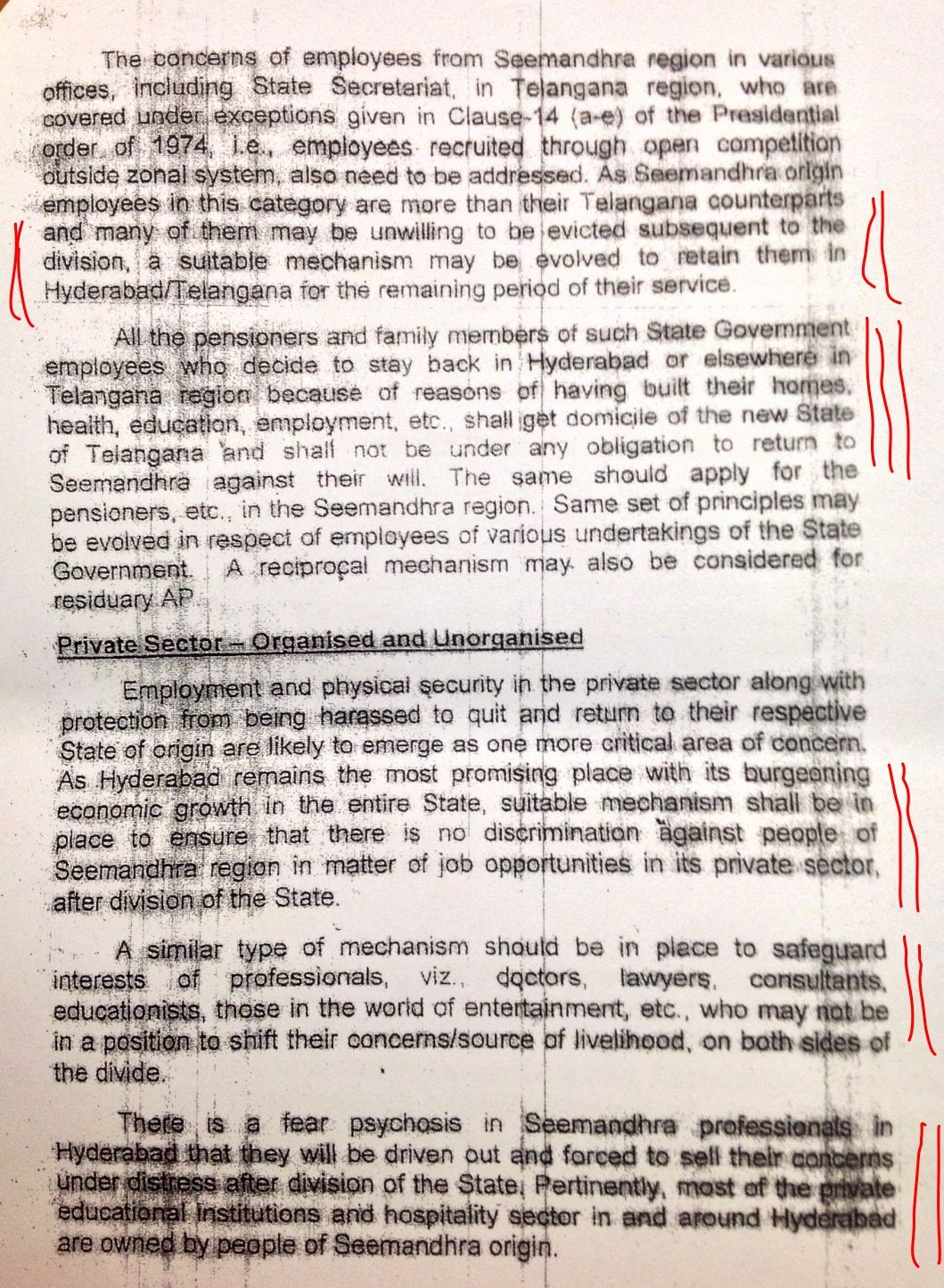 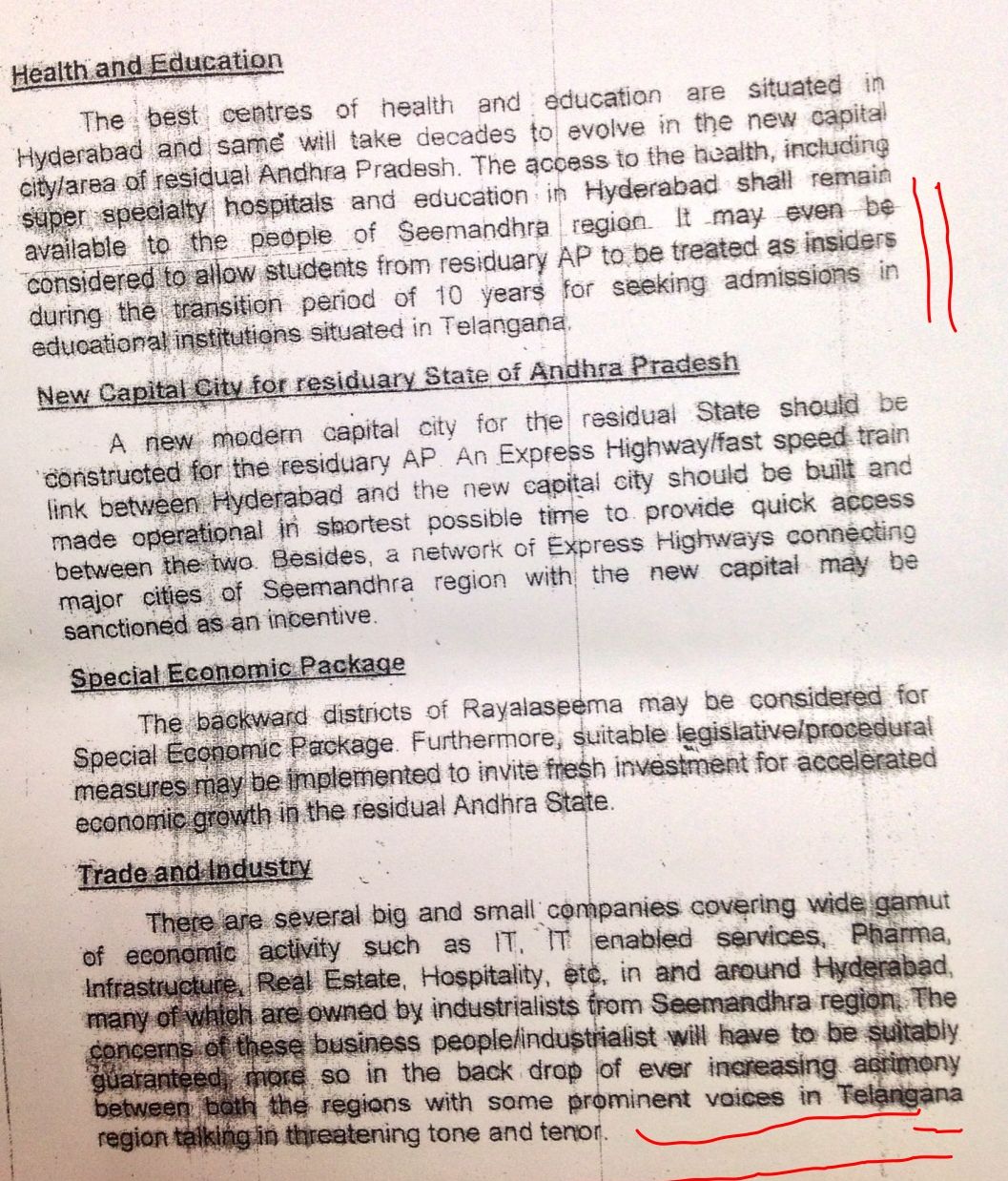