The Advocate Of Global Jihadi Intifada

The latest statement from Al Qaeda regarding the appointment of Ayman al-Zawahiri as its head appears to be more authentic than the earlier ones announcing interim and operations heads. What does it portend? 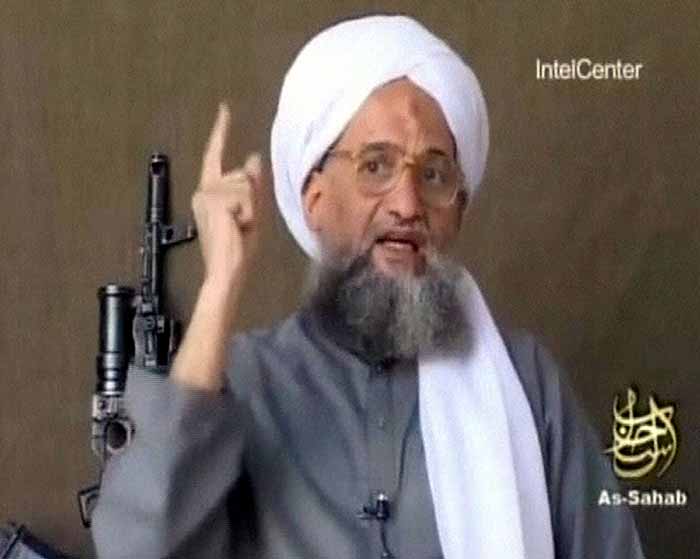 Six weeks after the death of Osama bin Laden on May 2,2011, Al Qaeda’s General Command has announced the appointment of Ayman al-Zawahiri, of Egypt, who was OBL’s No.2, as the new head of Al Qaeda. A statement announcing his appointment was posted on a website associated with Al Qaeda. It was attributed to the General Command. It said:

"Sheikh Dr Ayman al-Zawahiri, may God guide him, assumed responsibility as the group's Amir [leader]". It vowed that under Zawahiri, Al Qaeda would pursue jihad against the US and Israel "until all invading armies leave the land of Islam".

Earlier, on May 18,2011, quoting Pakistani security sources, Al Jazeera had reported that Al Qaeda had appointed Saif al-Adel, formerly of the Egyptian Army, as its interim leader and Mohammed Mustafa al-Yemeni as its operations chief .Al Jazeera had said:

"According to the sources, the decision (on the appointments) was made at a meeting on May 10 on the Afghanistan-Pakistan border."

According to Al Jazeera, Adnan al-Khairi al-Masri was named as Al Qaeda's general command head, Mohammed Nasser al-Wahshi as its Africa chief, Mohammed Adam Khan, an Afghan, as in charge in Pakistan and Afghanistan, and Fahd al-Iraqi as in charge of the Afghan-Pakistani border region.

Since the earlier report had emanated from Pakistani sources there was some doubt about its reliability. The latest statement regarding the appointment of Zawahiri as the head was posted in one of the web sites used by Al Qaeda for such announcements and hence appears to be more authentic.

Saif al-Adel was said to have been a critic of OBL’s arbitrary ways of taking important operational decisions and had reportedly questioned the wisdom of the 9/11 terrorist strikes in the US Homeland since those strikes, according to him, enabled the US to mobilise the international community against Al Qaeda.

The latest statement of Al Qaeda regarding the appointment of Zawahiri is silent on the earlier appointments as announced by Al Jazeera on the basis of information provided by Pakistani sources.

Zawahiri has been advocating since February 12,2007, a global jihadi Intifada, which would cover all lands in the world, which rightfully belong to Islam.

However, he specifies certain areas, which he thinks should receive special attention first. Of these, he gives the topmost priority to Afghanistan and Iraq. He says the future of Islam and of the global Intifada itself will be decided in those countries. If they can defeat the Americans there, the jihadis' victory in the rest of the lands will be assured. After mentioning these two countries, he mentions certain other areas specifically. He believes that the victory of the jihadis in these areas would also be crucial for the ultimate victory of Islam. These areas are Palestine, including Gaza, the Lebanon, Somalia, Algeria and Chechnya in Russia. He describes Somalia as the Southern garrison of Islam and Algeria as its Western garrison.

His past statements had included Jammu and Kashmir as among historic Muslim lands under occupation by non-Muslims and hence to be “liberated”. He had drawn the attention of the Pakistani people to the danger of Gen Pervez Musharraf colluding with the Hindus if he was not removed from power. However, he had not spoken of the Muslims living in other parts of India outside J&K.

"Every Muslim today is directly responsible for defending Islam, Islam’s homeland and the Islamic Ummah and he is responsible for the efforts to liberate the Muslim captives foremost of whom is Sheikh Omar Abdl al-Rahman from the prisons of the crusaders and their helpers and we reaffirm to the families of the Guantanamo captives who are demonstrating these days in Cuba, that we –with God’s permission-- have not and will not forget our captives and that their liberation is a debt on our necks and that the Americans must expect to pay the price for everything they have done to them."

He also projects the Intifada as a mix of military and non-military struggles. He says in his message of December 20, 2006:

"We must bear arms. And if we are unable to bear them, then we must support those who carry them. This support comes in many forms and guises, so we must exploit all Da’wah, student and union activities to back the Jihadi resistance....... The Muslim Ummah must exploit all methods of popular protest, like demonstrations, sit-ins, strikes, refusing to pay taxes, preventing cooperation with the security forces, refusing to provide the Crusaders with fuel, hitting traders who supply the Crusader forces, boycotting Crusader and Jewish products, and other ways of popular protest."

The importance of the role of individual Muslims has been re-emphasised in a video circulated by the propaganda wing of Al Qaeda on June 8, 2011.This video is a collation of messages issued by Zawahiri, Adam Gadahn, the American convert to Islam, who heads the propaganda wing, Atiya Abdel Rahman (Libyan operations chief of Al Qaeda, who was allegedly a key aide to bin Laden when he was hiding in Abbottabad)and Abu Laith Al-Libi.

In his message, Adam Gadahn , who spoke in English, said:

“Muslims living in the US are perfectly placed to play an important and decisive part in the jihad against the Zionists and Crusaders.”

He told them how easy it was to buy automatic assault weapons at gun shows without any identification.

Hinting at a policy of targeted individual assassinations of important Governmental and non-Governmental leaders, he said:

“It’s important that we weaken our cowardly enemies’ will to fight by targeting influential public figures in Crusader and Zionist government, industry and media.”

Zawahiri’s past statements highlighted his disenchantment with the PLO, Al Fatah and the Hamas. He asked the Palestinians to take over the responsibility for the Intifada in their own hands. He said in his message of February 12, 2007:

He wanted the Palestinians as well as the Muslims of the Lebanon to categorically reject all UN Resolutions and international agreements relating to these lands of Islam. He told the Lebanese people: "I ask my brothers in Islam and Jihad in Lebanon not to give in to Resolution 1701, nor accept the pushing back of the Lebanese border 30 kilometers, nor accept the presence of the international Crusader forces in the south as a barrier between them and Occupied Palestine, even if that resolution is agreed to by all official political forces licensed by the Lebanese government, on the basis of international balances and foreign connections."

"Brothers in Islam and Jihad in Somalia: know that you are on the southern garrison of Islam, so don’t allow Islam to be attacked from your flank, and know that we are with you, and that the entire Muslim Ummah is with you. So don’t lose heart, or fall into despair, for you must dominate if you are true in faith. And know that you are fending off the same Crusade which is fighting your brothers in Islam in Chechnya, Afghanistan, Iraq, Palestine and Lebanon. So be resolute, be patient and be optimistic, for by Allah beside whom there is no other god, even if your enemies possess thousands of tons of iron and explosives, in their chests lie the hearts of mice. So be severe against them like Muhammad was. "

"I also send my greetings and those of my brothers to our steadfast brothers in Algeria in the Salafist Group for Preaching and Combat, the guards of Islam’s western garrison. I ask Allah to accept their sacrifices, perseverance and resoluteness, to send down on them His victory which He promised His believing worshippers, and to conquer with them His enemies, the Crusaders and secularist sons of France. And I give them the good news that the winds of victory are blowing, that the Ummah has risen up, and that the era of humiliation has come to a close. So stand firm."

His increased interest in Algeria could be attributed to his desire partly to bring about the rule of the Sharia in Algeria and partly to use Algeria as a rear base for spreading the Intifada to France, Spain and Portugal. Al Qaeda and its International Islamic Front have been using the Afghanistan-Pakistan region as a rear base for their Jihadi Intifada against the US and the UK. It has not been possible to use it as a rear base against France, Spain and Portugal. They are hoping that an active Jihadi Intifada in Algeria will help in overcoming this deficiency.

In a reference to Chechnya, Zawahiri said in his message of December 20, 2006:

Under the ideological guidance of Zawahiri, Al Qaeda had also been calling upon the Muslims of the world to follow the command of Mulla Mohammad Omar, the Amir of the Taliban. It was part of his efforts to remove the impression that Wahabi Arabs were in the forefront of the Jihadi Intifada. He has been trying to emphasis that all Muslims are in the Intifada irrespective of their ethnic origin or nationality. He said in a message of 2007:

"Nationalists split the Muslim Ummah into Arabs, Persians, Kurds, Turks, Afghans and others, then split the Arabs into Egyptians, Moroccans, Syrians, Iraqis, Lebanese, Saudis, Yemenis and others and thus provided the best possible service to the crusade invading the Islamic world and instead of the Ummah uniting to confront the colonialist campaign, as it previously united to face the crusade and Mongol invasions, the Ummah fell apart and fought itself."

There was an attempt by Zawahiri to give Mulla Omar an iconic status as a non-Arab commander of the Jihadi Intifada.

B. Raman is Additional Secretary (retd), Cabinet Secretariat, Govt. of India, New Delhi, and, presently, Director, Institute For Topical Studies, Chennai, and Associate of the Chennai Centre For China Studies