According to laid down procedure, Islam will be sent to Foreigners Detention Camp in Goalpara district Thursday afternoon, Deka said. 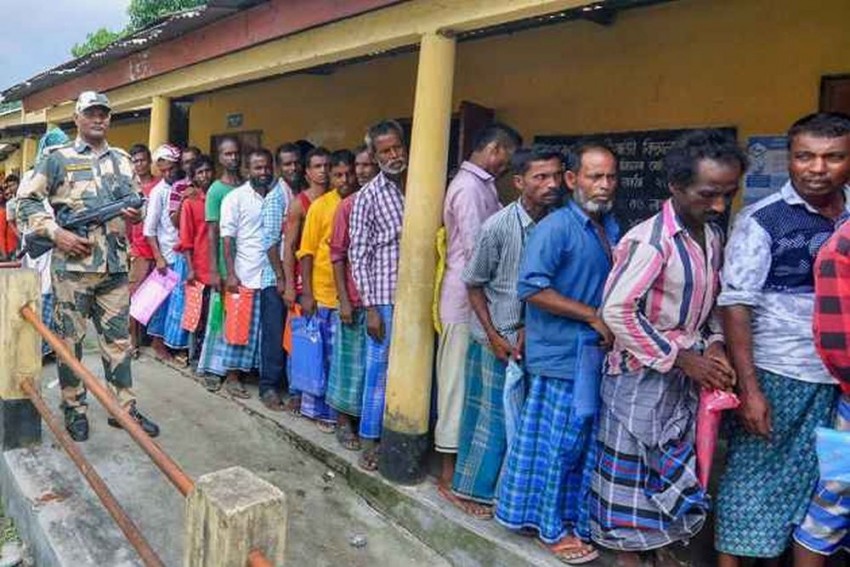 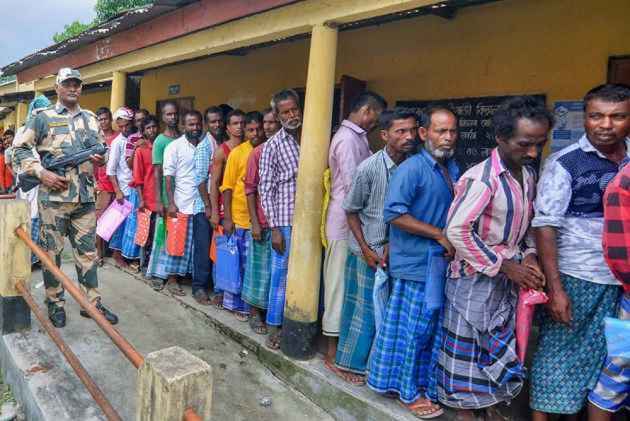 A government school teacher, who was involved in NRC exercise in Assam, was detained after it came to the fore that he was declared an illegal Bangladeshi migrant by the Gauhati High Court in June, the police said on Thursday.

Khairul Islam was earlier declared an infiltrator by the Foreigners Tribunal, Morigaon. He was detained Wednesday night near Moirabari in Morigaon district, Superintendent of Police Swapnanil Deka said.

The district administration, which had engaged Islam in the National Register of Citizens (NRC) update work, had on August 13 removed him from the job, Morigaon Deputy Commissioner (DC) Hemen Das said.

Following receipt of the Gauhati High Court judgement upholding the verdict of the Foreigner's Tribunal, Morigaon, police launched an operation to track down Khairul and detained him near Moirabari village, the SP said.

According to laid down procedure, Islam will be sent to Foreigners Detention Camp in Goalpara district Thursday afternoon, Deka said.

Islam, who was a teacher in the Khandapukhuri Lower primary school in the district, was engaged by the Morigaon district administration in Kolmoubari NRC Seva Kendra (NSK) under Mikirbheta police station. He was one among over 40,000 government employees drawn from different departments for NRC work across the state, official sources said.

Several organisations, including the Asom Jatiyatabadi Yuba Chatra Parishad, the Krisak Mukti Sangram Samiti, the All Koch Rajbongshi Students Union, had earlier expressed concern over the teacher's inclusion in the NRC work.

On August 13 the DC had removed Islam from NRC work and had said, "It has come to the notice of the district administration of Morigaon regarding engagement in NRC update process of a teacher who has been declared as a foreigner by the Foreigners Tribunal, Morigaon."

"In this context it is informed that the said person is a government teacher and has only been assisting NRC update work. He is not entitled to take any decision on inclusion or exclusion of any applicant", the DC said in a statement, adding, "As a matter of abundant caution and considering the sensitivities involved, he has been relieved from NRC work immediately."