Tata Motors has launched a buffed up crossover version of the Tiago at Rs 5.50 lakh for the petrol and Rs 6.32 lakh for the diesel model.Christened the Tiago NRG, it commands a premium of Rs 28,000over the standard top-spec XZ variant which retails for Rs 5.22 lakh (petrol) and Rs 6.04 lakh (diesel) (all prices ex-showroom Delhi). Tata calls it the “Urban Toughroader”, but we'll reserve our verdict on that until we get our hands on one. 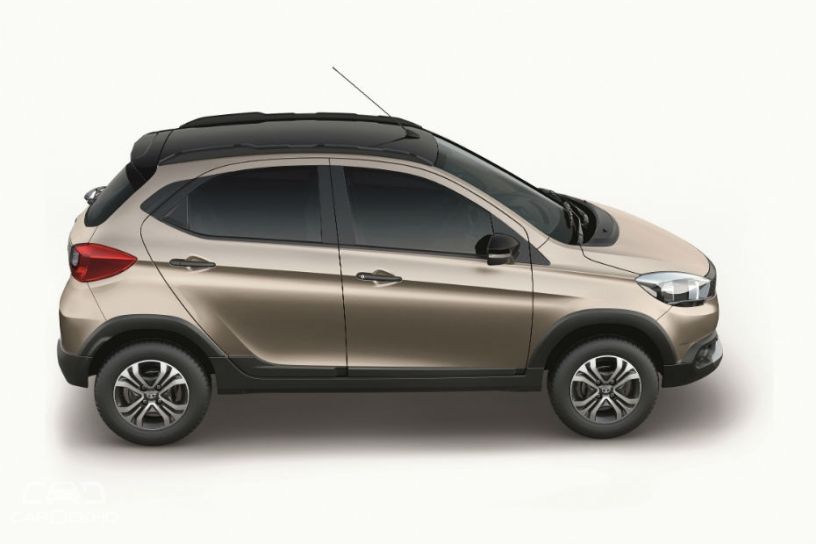 The Tata Tiago NRG gets a blacked-out front grille, headlamps, ORVMs, B-pillar, roof, rear spoiler and dual-tone 14-inch steel wheels. Accentuating its crossover character are the plastic cladding on the doors, wheel arches and tailgate, along with faux skid plates on the rear bumper and roof rails. With all these updates, the Tiago NRG measures significantly more and also rides higher than the standard Tiago.

Here’s a comparison of dimensions of the Tiago NRG and the regular Tiago. 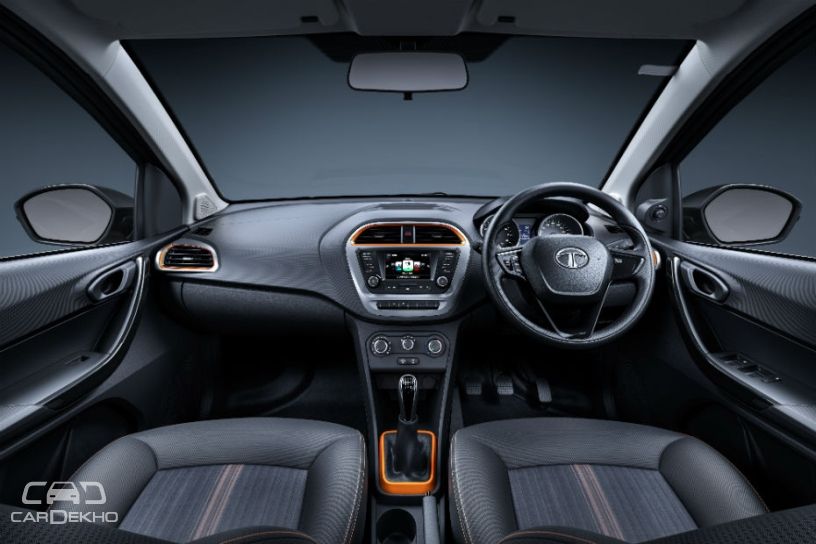 To offset the raised ride height, Tata has tweaked the Tiago NRG’s suspension which should result in similar driving dynamics as the regular Tiago. The colour options on offer include Canyon Orange, Malabar Silver and Fuji White.

The cabin and the dashboard layout remain similar to the one seen on the Tiago XZ except for some cosmetic differentiators. These include silver accents on the AC vents, central console and gear lever, and orange stripes on the denim upholstery. However, the functional update here is a 5-inch touchscreen infotainment unit from the Tigor that replaces the existing 2-DIN unit. 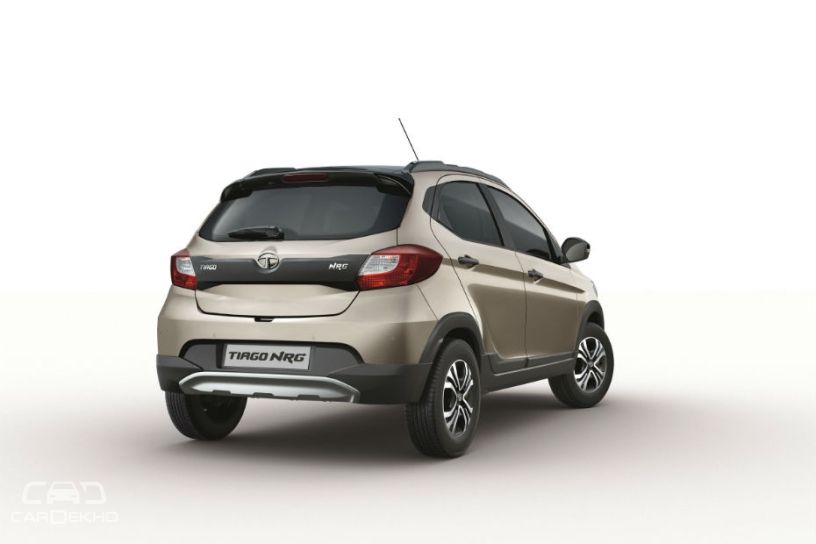 Under the hood of the cross-hatch is still the same set of 3-cylinder engines. One is a 1.2-litre petrol engine which develops 85PS/114Nm, while the diesel option is a 1.05-litre motor which produces 70PS/140Nm. Both engines are coupled to a 5-speed manual gearbox. 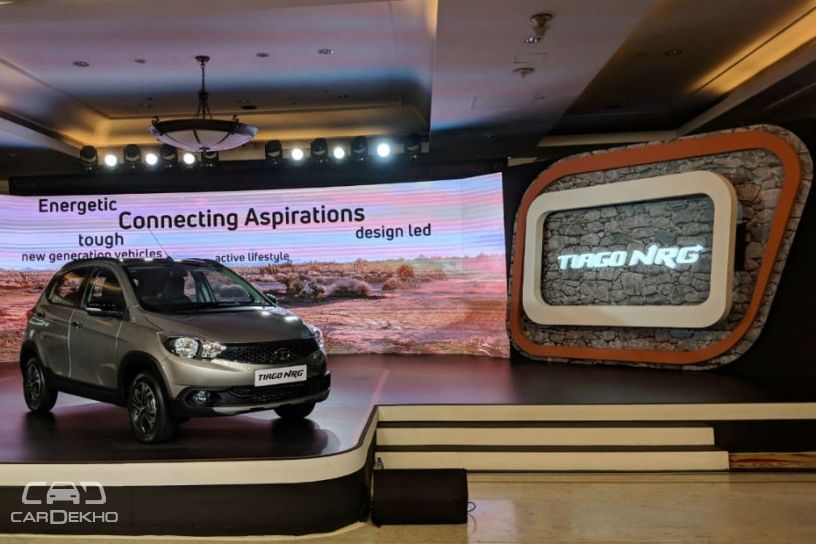 The crossover segment has been witnessing a revival recently with two key players launching two cars in different price brackets - the Maruti CelerioX and the Ford Freestyle. Although the Tiago NRG is a direct rival to the Celerio X, it also competes against the more expensive Ford Freestyle as well as the affordable entry-level cross-hatch, the Renault Kwid Climber.