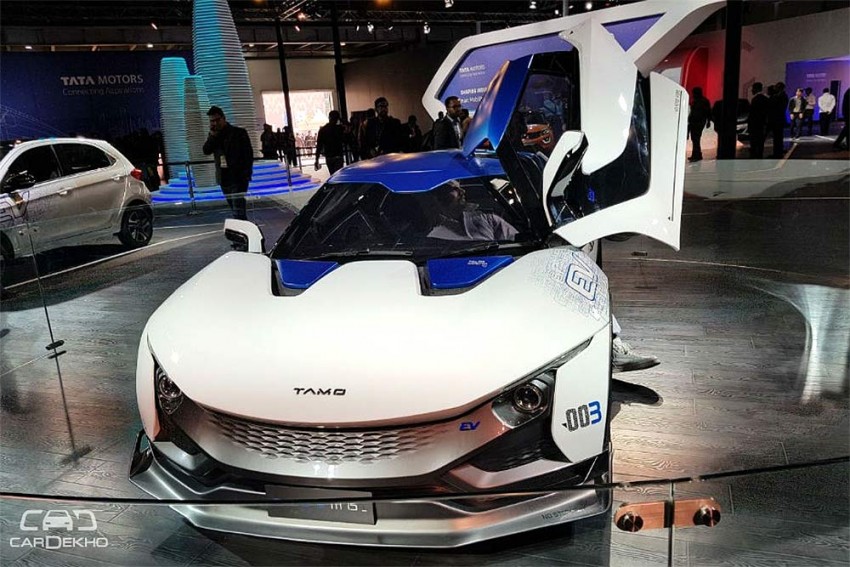 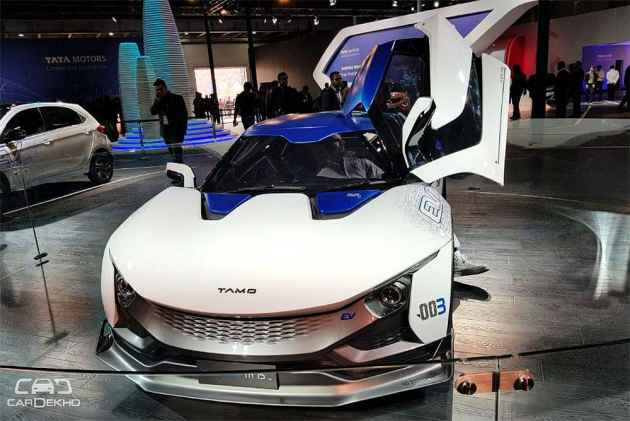 Tata Motors has finally showcased the Racemo for the first time in the country at the Auto Expo 2018. It is the first car from Tata’s new sub brand named Tamo. The Racemo was announced in February 2017, a month before it debuted at the 2017 Geneva Motor Show. There are two units on display of the Racemo which is a two-seater, rear-engined, sub-4 metre affordable sports car based on Tata Motors’ new MOFlex multi-material sandwich structure. One is powered by a petrol motor while the other named 'Racemo +-' runs on an electric powertrain.

The Racemo looks futuristic and utilises various different elements in its construction. It features scissor doors and an exhaust tip that’s mounted high up, which reminds us of various Lamborghini and McLaren supercars. The Racemo’s design is in sync with Tata’s new design language and features the manufacturer’s signature ‘Humanity Line’ and the ‘Diamond DLO’, which are also seen on other modern Tata cars. 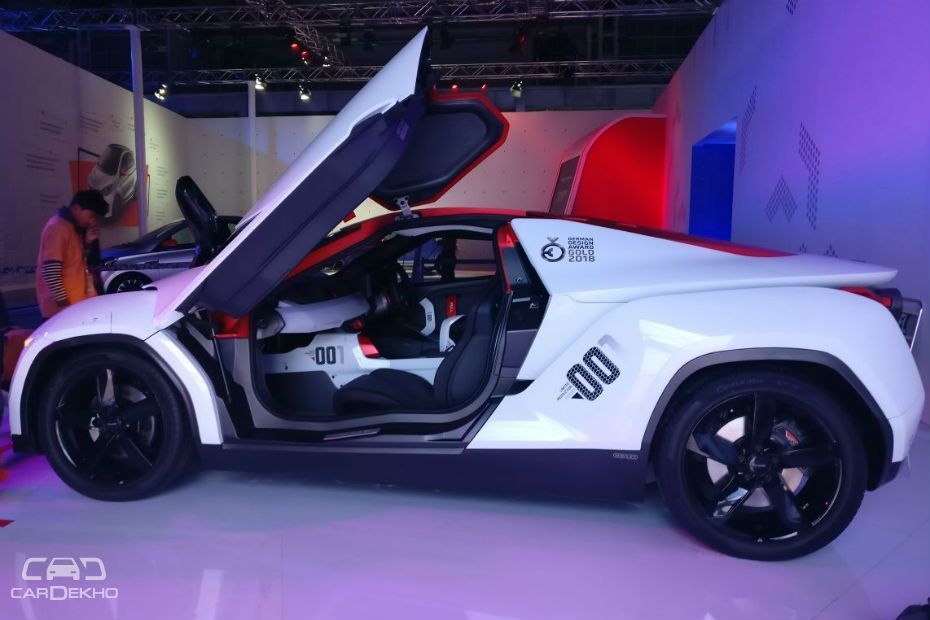 Powering the Racemo is a 1.2-litre, three-cylinder turbocharged Revotron petrol engine which puts out 190PS of max power at 6500rpm and 210Nm of peak torque at 2500rpm. The engine is mated to a 6-speed AMT with paddle shifters. Tamo claims that the Racemo can sprint from a nought to 100kmph in under 6 seconds. The EV version is powered by a 205PS motor which boasts of a 350 km range from its lithium-ion battery pack.

Four months after the announcement of Racemo, there were rumours about Tata Motors shelving the Tamo brand and the Racemo sports car due to its high cost of production, delaying its launch in India, which was set for 2018, for an indefinite period of time. However, by showcasing the Racemo at the ongoing Auto Expo, Tata Motors has further fueled our hopes of seeing the two-seater sports car plying on our roads. Tata Motors’ global design head, Pratap Bose, had also dropped hints about the Racemo’s India launch when he said, “All of us at Tata Motors are very proud and excited about bringing the car (Racemo) to India.”

If launched, the Racemo is expected to get a sub-Rs 20 lakh price tag, which will make the Racemo India’s most affordable sports car.