Actor Swara Bhaskar, who has acted in films such like Anarkali of Aarah, Nil Battey Sannata and Tanu Weds Manu talks about the necessity to have both commercial and indie cinema... 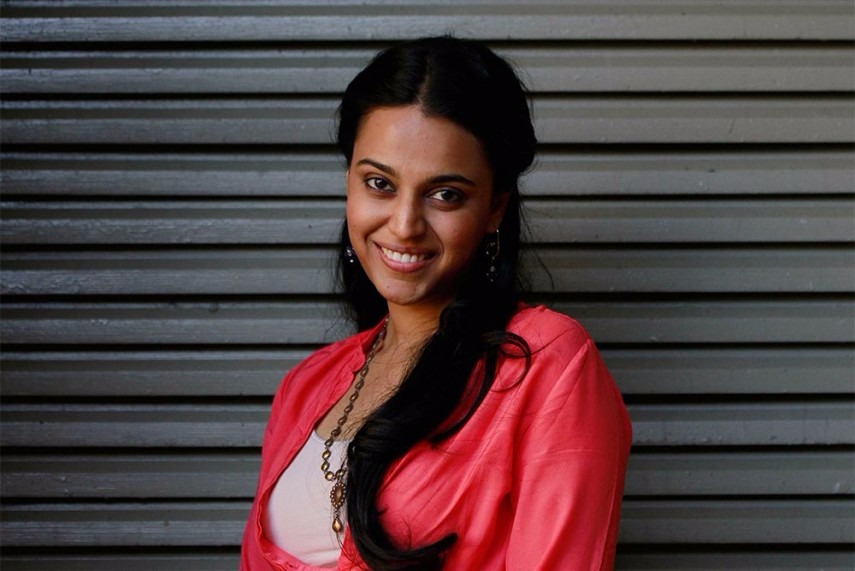 Over the past few months, several indie films were released alongside big Hollywood or Bollywood and even regional films. Do you think that the reach becomes limited as screen space and duration at the theatres is reduced?

The biggest problem in India when it comes to films being made and  distributed is that we have a huge paucity of theatres – the ratio of number of theatres to the film-going population that we have. There is a study, I don’t how true this is, but India has 9000 or 11000 theatres of
which 2000 are spoilt or do not work. So we have 9000 theatres for Hindi and regional included, so actually the number of halls for just Hindi films is quite low. They say that we should have upwards of 36000 theatres in India for the films to reach maximum potential. So, if you have a situation where you have Indie films releasing alongside big Bollywood film clearly it is a huge mess. There is paucity of distribution networks, that’s why there are fights over release dates. Scrap for limited resources. Indie films require a more creative and imaginative distribution network.  We haven’t been able to crack that in India.

Though revenue models are yet to evolve, actors often do these films over commercial projects, believing in the content, story and the treatment. Personally, as a performer, how important are box office numbers?

I don’t know if actors would necessarily give up a commercial film in order to an indie film. What is happening is, even big commercial actors are also doing indie films. So you have people like Deepika Padukone who does the biggest commercial films like the Chennai Express or a Happy New Year but also finds the time and space to do a Finding Fanny. Similarly you have
Priyanka Chopra, Rani Mukherji, the biggest actors. It is very interesting
that Shahrukh Khan chose to do Dear Zindagi.

There is definitely a move whereby commercial players are recognizing the value of content and a lot of that has to do with the fact that in the last five years “small budget indie films” have done very well and garnered critical acclaim and gone to festivals. More than box office numbers it is the power of the critics, the reviews, and the social media reviews. It has changed the game. Random Twitter accounts giving stars. It creates a huge word of mouth. Like in case of a film like Nil Battey Sannata. Completely on reviews or even Neeraja, which has huge return on investments. Anarkali was a genuinely indie film, independent release, no big studio backing it, so in that sense it got a very minimal release. But the reviews were so good, so strong, so much critical applause now even commercial players know of the film. They say the film is path breaking that changed the discourse around the Hindi film heroine. So you know there is a lot of value in these kind of things. What they can’t manage in box office numbers they are managing in the buzz, reviews and discourse and discussion around it.

Digital space is an amazing space. It is going to lead to a new kind of content generated, content that is not dependent on TRPs or not in the clutches of the censor board, fairly archaic rules or box office. It’s a great space for directors, actors and writers alike. It’s a great creative space but I don’t know how well they are able to monetize it right now apart from Amazon and Netflix but of course they are the bigger players.

What changes would you like to see in the production, distribution or marketing/promotion of these films given that the same expensive formula as a commercial blockbuster will be tough to pull through?

We need more theatres, as I said earlier. We need some imaginative way to  distribute an indie film and to get its marketing out. You have made an indie film but ultimately you are going to need an Eros or an Anand Rai to give it a decent release. I mean it is great that Eros, Dharma, which released Lunch Box, are picking up smaller films but you know what is the point if a small fish is ultimately going to need a big fish to be able to swim in the sea? For indie film and the content to work, the attempt has to be truly to find a distribution network where they are not dependent on bigger producers for buying or acquiring the film. You have to find innovative ways of marketing, getting the word across and we need theatres, distribution networks and cinema halls that will screen these films without them having to get into competition with the Hollywood films. I am not sure how that will happen.

The other thing is this whole formula of the opening weekend. You cannot judge an indie film based on its opening weekend box office collection. That’s just not fair. They are content driven they only work when word of mouth kicks in, once audiences like it. They don’t have the Salmans, Shahrukh, Hritik and Amirs to join that weekend opening. For commercial film, you make all your mney on opening weekend. Indie films need 2-3 weeks to run. Nil ran for 10 weeks on word of mouth and didn’t make its money back. Anarkali was tiny tiny tiny drop in ocean and yet it ran for 5 weeks in some cities. Audience will watch good content but you have to allow it to be there. Movies are not the first thing on people’s minds, let me go watch a film. People have things to do, schools, exams. Films have to be allowed to be given that breathing space to remain in the hall for people to like, for word of mouth to kick in. These are the two things that we need to work towards, as an industry.

What has been your experience at film festivals?

Film festivals have their own dynamics, their own politics, but in the larger picture, festivals have definitely helped Indie films to get across, reach people. They have created audience for high content, have given small films credibility when they put those golden leaves. For people who may not recognize the actors, director but there is certain credibility by accreditation if you won an award. I would also note that commercial Hindi cinema is also becoming quite content heavy- look at Salman’s choice of Bajrangi Bhaijan, also for Shahrukh Khan. The indie film has turned the commercial masala film towards content. That is very very impressive.