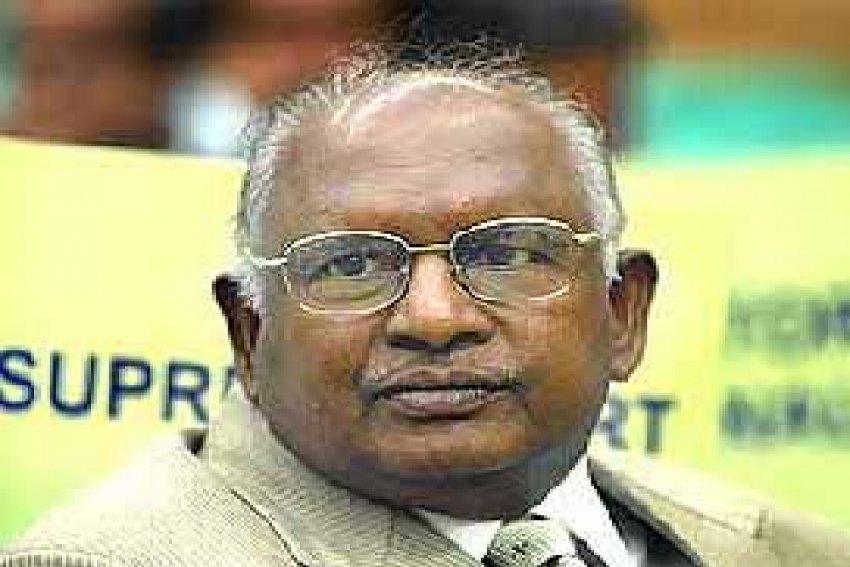 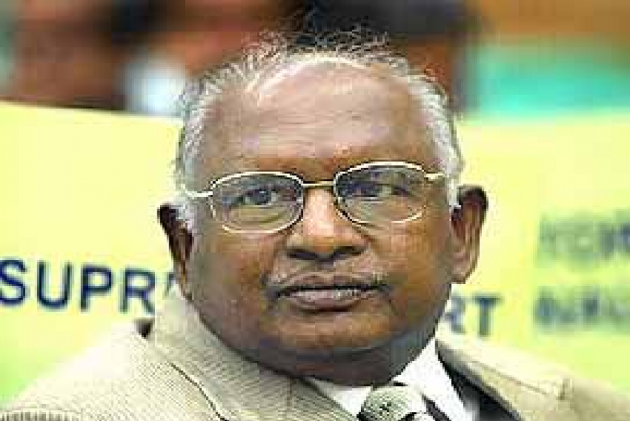 Former Chief Justice of India K G Balakrishnan today termed the Supreme Court’s controversial SC/ST verdict as "basically wrong" saying it will enable perpetrators to get away from the clutches of law.

Balakrishnan, the first Dalit to become CJI (January 14, 2007 to May 12, 2010) also said that this decision of the apex court has incited violence.

"Now people are not in a position to accept the verdict of the highest court of the land. It is something which is strange. This we should understand. The Supreme Court should produce decisions which are acceptable to greater number of people. It should not create violence among the society," he said.

He was delivering the presidential address at a seminar on "Supreme Court Judgement on SC/ST Causes, Effects and Solution" organised by South Asian Minorities Lawyers' Association and Ambedkar Educational Cultural Society.

In its March 20 order, the apex court had diluted stringent provisions of the SC/ST Act mandating immediate arrest under the law in a bid to protect honest public servants discharging bona fide duties from being blackmailed with false cases.

Following the apex court's decision, a nationwide 'bandh' was called by Dalit groups on April 2 to protest against the dilution of the Act. At least 11 people persons were killed and hundreds injured in ensuing violence across several states as protesters blocked trains, clashed with police and set fire to private and public properties, including police posts.

Pointing out the finding of the apex court with regard to abuse of law of arrest in such cases, Justice Balakrishnan said that sufficient safeguards were already provided in the Code of Criminal Procedure (CrPC) in case of arrest of any person.

Referring to the apex court verdict making it mandatory to get approval of the appointing authority before arresting a public official in such cases, Justice Balakrishnan said its implementation was not feasible and the accused will easily get away.

The former CJI, who had also headed the National Human Rights Commission, said there is a perception that the Act is widely misused as most of the cases are either discharged or the accused are acquitted.

He said that since the perpetrators of the offence under the Act are socially influential members of the society and the complainants are poor people, a proper prosecution of the accused never happens.

"Those who commit the offence are socially powerful members of the community. They are influential. The police and the powerful people are not in favour of SC/ST and ultimately the case end in acquittal or discharged. That is why the general impression that the Act is being misused. It's not that the complaint is farce. The complainant is not really able to prosecute the perpetrators who had committed the offence. They are not able to successfully prosecute the persons," the former CJI said.

Advocate Mehmood Pracha, who also addressed the event, said that the judgment of the apex court shows the deep-rooted casteist mentality of the judicial system.

"This judgment of the Supreme Court actually shows the deep-rooted casteist mentality of our system, most unfortunate is of our judicial system. Because the SC/ST community is totally unrepresented in higher judiciary at least and it is almost non-existent in lower judiciary as well.

"This is the root cause of all our problems because the judicial minds cannot appreciate the pain and sufferings of the oppressed classes because they have come from the upper classes and caste of the society," Pracha said.

"Rather Muslims should stand ahead of SC/ST community in this fight and I hope if we stand in front of them, they will stand in front of us in our fights. That is the real solution for the problems of this country," he said