Supreme Court Modifies Earlier Order, No Need To Stand During National Anthem When Part Of A Film

The apex court also said it is not mandatory to sing the anthem in cinema halls. 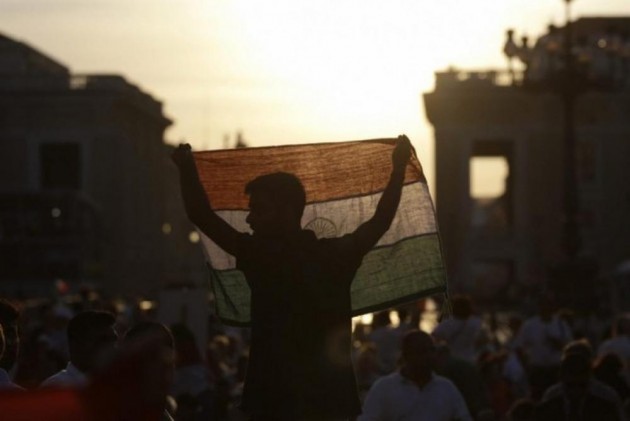 Modifying its earlier order, the Supreme Court has now said that audience need not stand when the National Anthem is played as storyline in a film, newsreel or documentary.

A bench of Justices Dipak Misra and R Banumathi made this clear after one of the petitioners said that the apex court should clarify if people are expected to stand when the National Anthem is played in a film, newsreel or documentary.

"It is clarified that when the National Anthem is played as part of the storyline of a film, newsreel or a documentary the audience need not stand," the bench said.

The bench, which said the issue raised by petitioners needs to be debated, has fixed the matter for further hearing on April 18.

The apex court had on November 30 last year ordered cinema halls across the nation to mandatorily play the National Anthem before screening of a movie and the audience must stand and show respect.

This order had come on the PIL filed by one Shyam Narayan Chouksey seeking directions that National Anthem should be played in cinema halls across the country before a film begins and proper norms and protocol be fixed regarding its playing and singing at official functions and programmes where those holding constitutional office are present.

The apex court, while passing a slew of directions, had also observed that "time has come when citizens must realise they live in a nation and are duty-bound to show respect to National Anthem which is a symbol of constitutional patriotism and inherent national quality."

The court had barred printing of the anthem or part of it on any object and displaying it in such a manner at places which may be "disgraceful to its status and tantamount to disrespect". It had also barred playing or displaying an "abridged version" of the anthem.

Various other petitioners have also approached the apex court, which has tagged them with and the bench has tagged with the main petition.