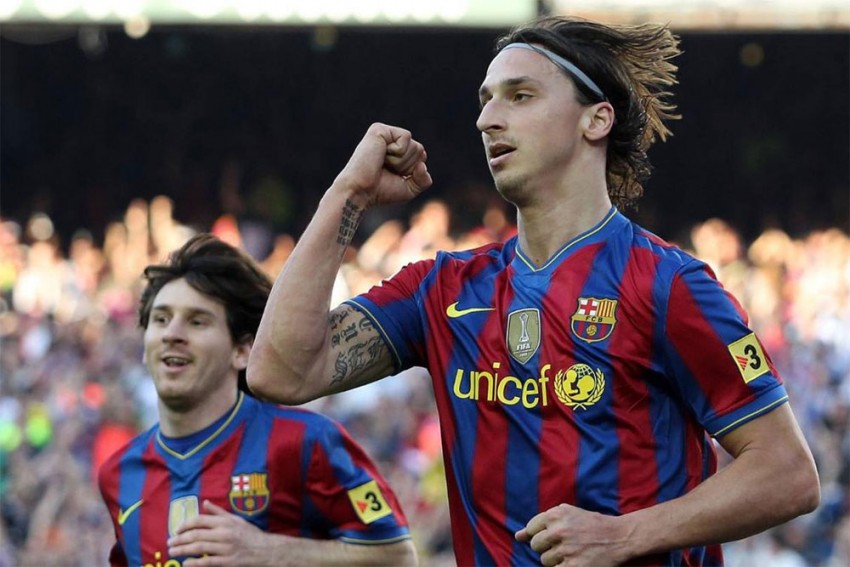 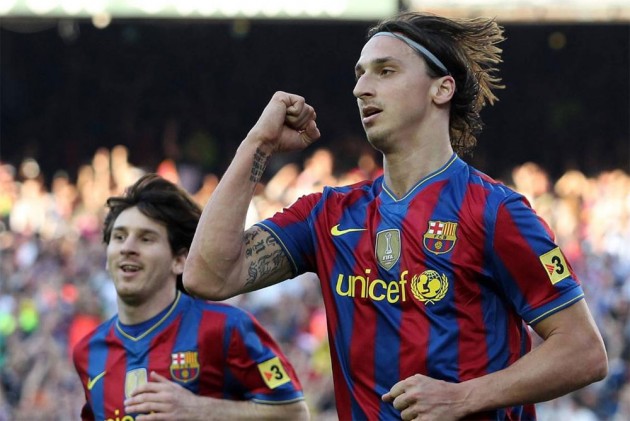 It is fair to say Barcelona's signing of Martin Braithwaite has raised a few eyebrows. (More Football News)

After being granted special dispensation to complete a deal for the Leganes forward outside of the transfer window, Barca announced the arrival of Braithwaite on Thursday.

Braithwaite moves to Camp Nou with a modest return of 10 goals in 43 La Liga appearances and having had uninspiring spells at Middlesbrough and Bordeaux prior to moving to Spain.

Yet, this is hardly the first time a Barcelona signing has seemed puzzling to those on the outside.

Here, we take a look at some of the strangest, not necessarily the worst, signings Barca have made in recent history.

This is @MartinBraith, Barça’s new signing

This feels like the caveat of surprising not worst needs re-emphasising. Ibrahimovic's standing as a world-class talent is not in question. But it was a signing that seemed out of place with Barca's style of play under Pep Guardiola, and a deal made even more perplexing by the club's decision to sanction Inter's signing of Samuel Eto'o, who was part of a devastating triumvirate with Lionel Messi and Thierry Henry. While Eto'o went on to win the treble under Jose Mourinho in 2009-10, Ibrahimovic – while still managing a solid return of 16 goals in 29 La Liga outings – never really fit the mould at Camp Nou and reports of discord with Guardiola were always bubbling under the surface. He was shipped out to Milan a year later with a La Liga and Club World Cup medal to show for his efforts.

Cameroon midfielder Song made over 200 appearances for Arsenal but not many truly thought he was a player with the calibre to shine at Barcelona. With Barca's midfield boasting the talents of Xavi, Andres Iniesta, Thiago Alcantara, Javier Mascherano, Cesc Fabregas and Sergio Busquets when he joined in 2012 it was hard to see where Song fit in. And so it proved, with Song twice being sent out on loan to West Ham before a permanent move to Rubin Kazan was agreed in July 2016.

David Luiz, Marquinhos and Mats Hummels were all tipped as potential additions for a Barca side seeking a central defender in July 2014. For one reason or another none made the move and so Barca paid the €20million release clause to Valencia to make Mathieu the most expensive defender over the age of 30. Having only really played one full season as a centre-back it was not a deal that exactly screamed value. But, to his credit, Mathieu proved a useful squad player and he left Camp Nou with two La Liga medals, three Copas del Rey and a Champions League win to his name.

This one definitely falls under the category of surprising rather than worst. Paulinho was widely regarded as a £17million flop during a two-season stay with Tottenham so not many could have foreseen Barcelona forking out a reported €40million fee to sign the Brazil midfielder from Guangzhou Evergrande. But Paulinho was a solid squad man at Barca and his one-season stay – he would re-join Guangzhou in July 2018 – saw him make 34 league appearances, as well as returning a La Liga and Copa del Rey double.

Paulinho: “I am making the most of the chances that the boss gives me. Today I got the chance to score a goal and help the team.” pic.twitter.com/Wbnfl0VLKT

Much like Ibrahimovic, it was not a question of Vidal's talent or achievements, more if he could fit the stereotype of a Barca player. The Chile midfielder, who has won top-flight titles in Italy and Germany with Juventus and Bayern Munich, has proven a useful player for Barca, helping the club to La Liga glory last term, but has made just six league starts this term. The 32-year-old was the subject of reported interest from Inter in January.

A player certainly not devoid of talent but Boateng is the sort of player who in years to come many will say out loud "I didn't know he'd played for them!" A nomadic career has seen him take in spells with the likes of Tottenham, Borussia Dortmund, Milan and Schalke but few would have imagined Barca would come calling in January 2019. However, with Ernesto Valverde on the lookout for back-up to Luis Suarez and Boateng having had experience of playing as a centre-forward in La Liga with Las Palmas, a loan deal with Sassuolo was agreed. He made just four appearances and is now enjoying a temporary spell at Besiktas from Fiorentina.

Much like Boateng, Murillo arrived on a short-term loan in the 2019 January window as a short-term option. With injuries to Samuel Umtiti and Thomas Vermaelen leaving Barca short at centre-back it was not particularly a surprise to see them enter the market, more that they moved for Murillo who had made just one La Liga appearance for Valencia since joining on a full-time deal from Inter. Opportunities, as you may expect, proved scarce and Murillo played just four times for Barca.

Barcelona Should Not Talk Too Loud: Pep Guardiola Hits Back At Josep Bartomeu Over FFP Comments