Zinedine Zidane: Real Madrid's Clash At Osasuna Clearly Should Have Been Postponed 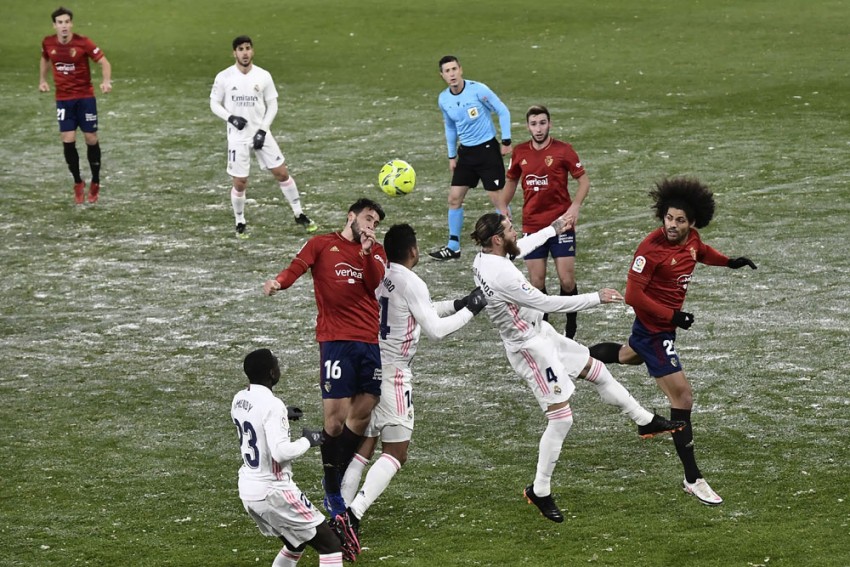 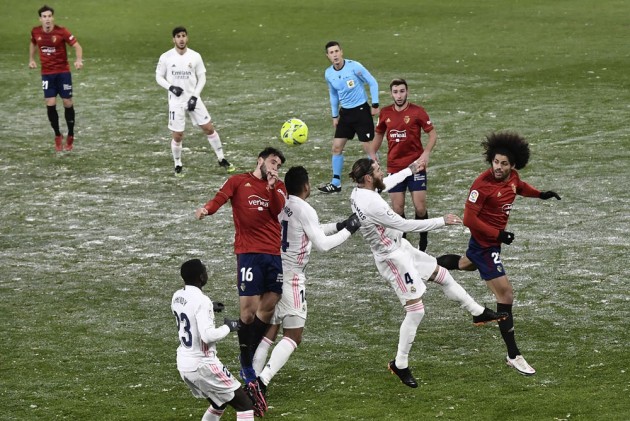 Zinedine Zidane struggled to hide his frustration at the fact Real Madrid's LaLiga contest at Osasuna was not postponed despite the impact of Storm Filomena. (More Football News)

Los Blancos played out a forgettable goalless draw at El Sadar, with Madrid failing to muster an effort on target in the first half.

The match was played amid difficult conditions with snow continuing to fall and a significant dusting on the pitch.

Madrid's preparations for the fixture were hardly ideal either with the team trapped on a plane for two hours on Friday as ice on the runway delayed their flight out of the capital.

Head coach Zidane, who is unsure when the team can travel back to Madrid with the city having been heavily impacted by the storm, was left flabbergasted that the match went ahead.

"We did what we could do on the field but it was not a football match," he said.

"The conditions were very difficult. Everything that has happened these two days has been very complicated.

"We do not know when we can return and the truth is that we will see how it is fixed.

"Clearly the match against Osasuna should have been postponed. Clearly.

"The conditions to play football were not met, which in the end is what everyone wants. Both us and the rival, as well as the people."

Zidane was reluctant to say if he felt his team had been harmed by LaLiga's decision, adding: "I'm not going to get into these things.

"We have done what they have told us, we have played and that's it. We have to think about recovering even if we don't know if we are going to go to Madrid tomorrow, if we are going to return on Monday. And on Wednesday we have another game."