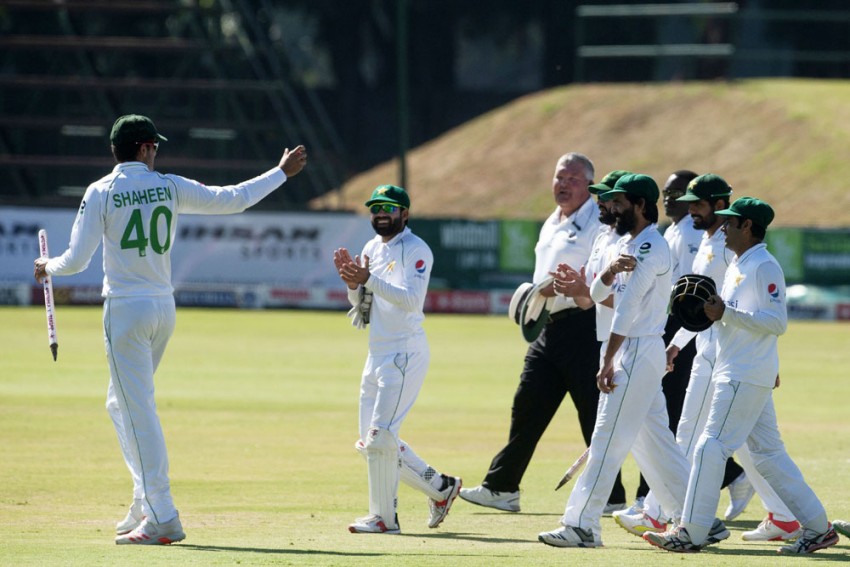 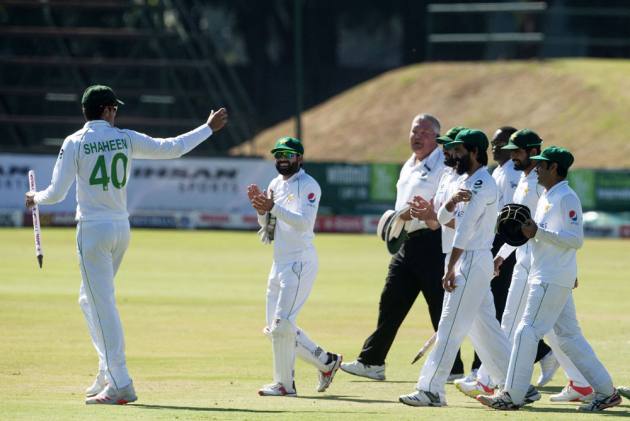 Pakistan eased to a 2-0 series win over Zimbabwe with a victory by an innings and 147 runs in their second Test at Harare Sports Club.

The hosts won the first Test inside three days but were just about taken to a fourth day this time around after Regis Chakabva and Brendan Taylor stood firm for Zimbabwe.

However, Pakistan required just one wicket in Monday's session, and they got it in five overs thanks to Shaheen Afridi, who finished on 5-52 by taking Luke Jongwe (37).

Jongwe and Blessing Muzarabani initially looked comfortable and added 11 runs to Zimbabwe's tally before the former was coaxed into a drive by Shaheen.

The ball edged through to Mohammad Rizwan to send Zimbabwe packing for 231 as Shaheen joined Hasan Ali and Nauman Ali in taking five wickets in the one-sided series.

It marked the first time Pakistan had three bowlers claim five wickets in the same Test. Such a feat has only been achieved six times in Test cricket history and not at all since 1993.

Hasan Ali was named the player of the series for his twin five-wicket hauls in the first and second Tests, which he put down to his hard work paying off.

"It's been a good tour for me," he said. "The pitch wasn't good for bowling, getting slower every day.

"But the plan was simple: keep bowling stump to stump and let the batsmen make mistakes. Whenever you execute well, it's a pleasurable moment for me.

"I'm very happy. I had hard work in the previous year. It is paying off and I'm looking forward to continuing this performance for my team."