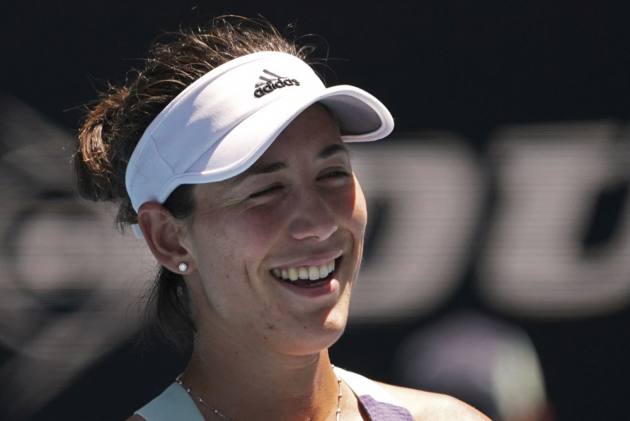 The two-time grand slam champion has lost just 10 games in four matches on her way to the final.

On a mission @GarbiMuguruza wastes no time in a straight sets win over Vondrousova, 6-1, 6-0.#YarraValleyWTA pic.twitter.com/1hJonH8Rl5

She will meet Barty in the final after the Australian benefited from Serena Williams' withdrawal as the 23-time grand slam winner deals with a shoulder injury.

At the Grampians Trophy, Anett Kontaveit was given a passage into the semi-finals, where Maria Sakkari awaits after her 6-4 6-2 win over Angelique Kerber.

Jennifer Brady and Ann Li will meet in the other semi after wins over Barbora Krejcikova and Sorana Cirstea respectively.

That tournament will unusually not have a final, the WTA announced, due to time running out before the Australian Open begins. Thursday's play was cancelled as a precautionary measure after a case of COVID-19 involving a worker from a hotel that had housed quarantining tennis stars.

Elise Mertens will play the Gippsland Trophy final after Osaka's withdrawal, with the Belgian to face Kaia Kanepi, who overcame Ekaterina Alexandrova 6-3 7-6 (8-6) to reach her first WTA decider since 2013.