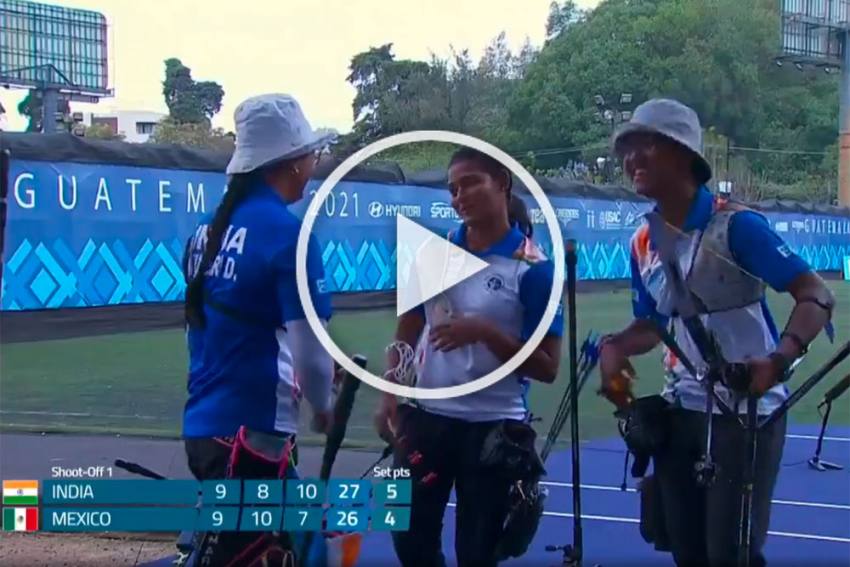 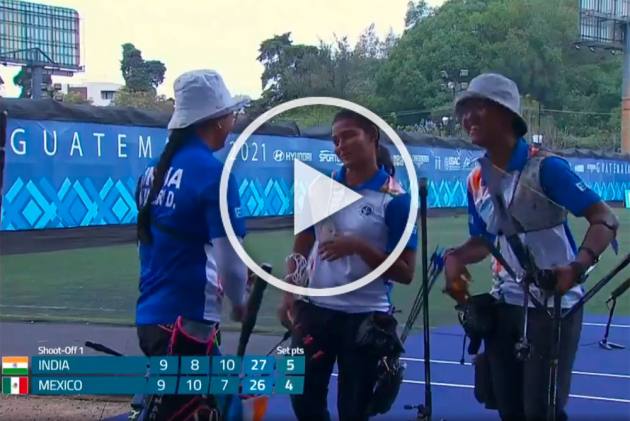 Indian women's recurve team held its nerve to pip Mexico 5-4 (27-26) in an intriguing final to grab a gold medal in the Archery World Cup Stage 1 in Guatemala City on Sunday. (More Sports News)

Locked 4-4 in the shoot-off, the Indian team comprising seasoned Deepika Kumari, Ankita Bhakat and Komalika Bari shot 27 to edge out their Mexican rivals by one point and claim their first World Cup team gold after seven years.

Deepika showed utmost composure to drill a perfect 10 in the final arrow of the shoot-off to put pressure on the 2012 London Olympics silver medalist Aida Roman who needed a nine but only to drift away for a poor eight score.