Wolves had a goal disallowed by VAR in a 0-0 draw with Leicester City, who finished with 10 men following Hamza Choudhury's red card. 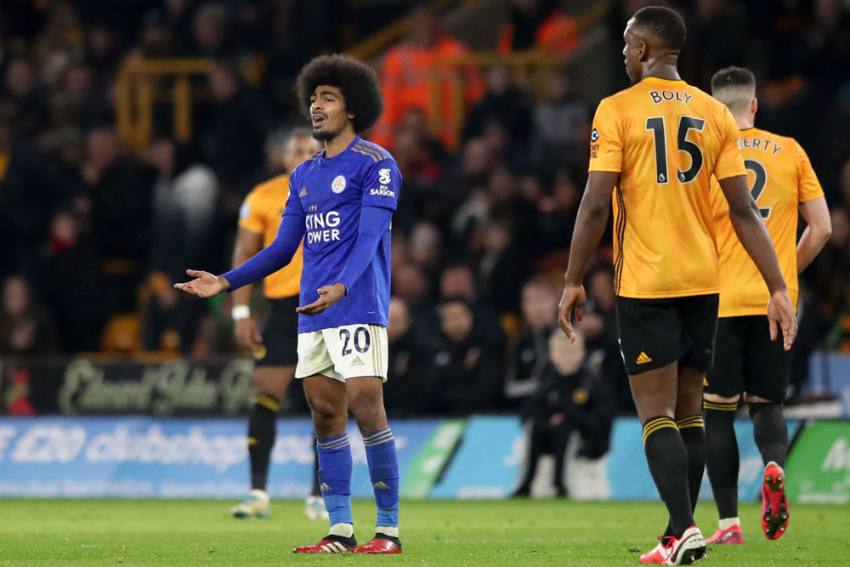 Hamza Choudhury was sent off after collecting a second yellow card for bringing down Leander Dendoncker after he had slipped.
Getty Images
Omnisport 2020-02-15T12:19:25+05:30 Wolverhampton Wanderers 0-0 Leicester City: Willy Boly Header Ruled Out By VAR In Stalemate 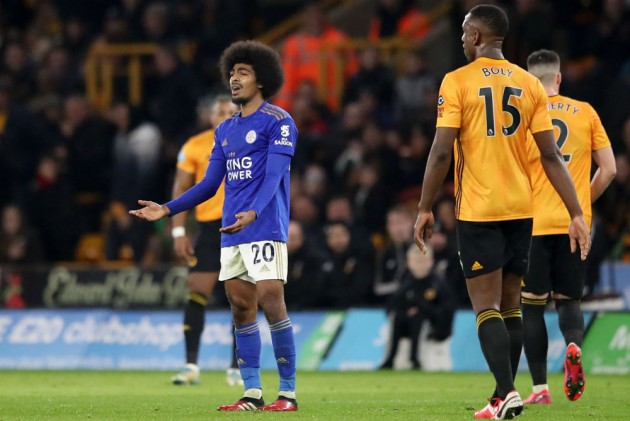 Willy Boly had a first-half goal disallowed by VAR as Wolves drew 0-0 with 10-man Leicester City at Molineux.

The hosts thought they had gone ahead on the stroke of half-time when Boly headed in following a short-corner routine, but the Foxes earned a reprieve when replays appeared to show Pedro Neto was marginally offside before he whipped the ball across.

Wolves had a numerical advantage for the final 14 minutes when Choudhury collected a second yellow card for bringing down Leander Dendoncker after he had slipped.

However, the hosts could not make their numerical advantage count, Raul Jimenez heading wide when unmarked eight yards out in stoppage time, with Wolves moving up to seventh and Leicester staying third.

Plenty of endeavour but no goals as the points are shared#WOLLEI pic.twitter.com/8fFkpM9fWc

Kobe Bryant Among Finalists For Basketball Hall Of Fame