Wojciech Szczesny made a costly error on Saturday, before Gianluigi Buffon impressed, but the Poland goalkeeper remains Juventus number one 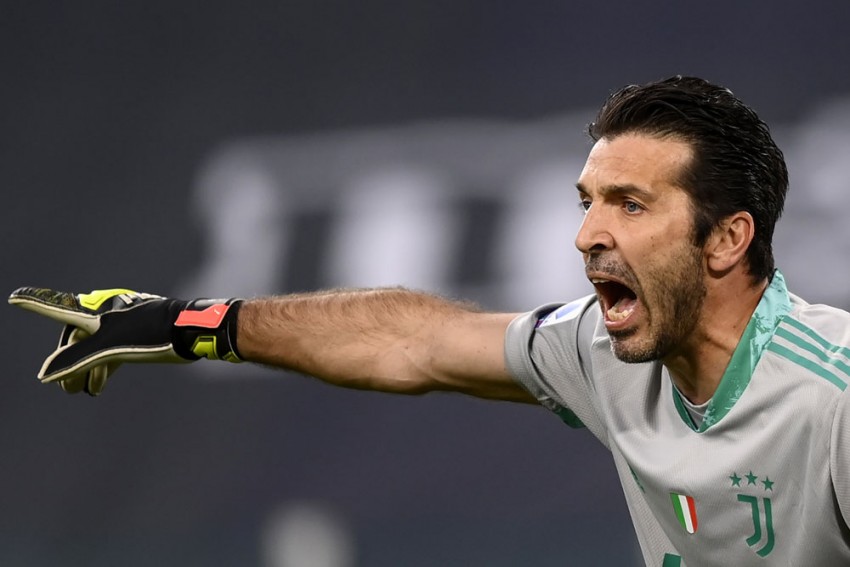 Juventus' Gianluigi Buffon shouts instructions to his teammates during their Italian Serie A match against Napoli at the Allianz Stadium in Turin, Italy on April 7, 2021
Fabio Ferrari/LaPresse via AP
Omnisport 2021-04-08T21:50:11+05:30 Wojciech Szczesny Still Juventus Number One Despite Gianluigi Buffon Boosting Bianconeri Caim 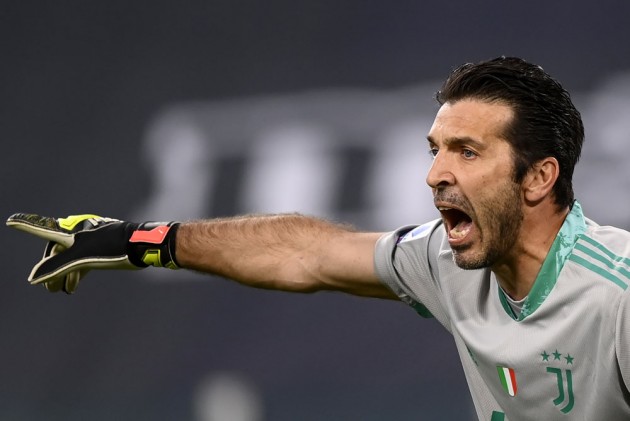 Gianluigi Buffon proved his worth to Juventus in their vital win at Napoli on Wednesday, but Andrea Pirlo will restore Wojciech Szczesny as his first-choice goalkeeper. (More Football News)

World Cup winner Buffon, now 43, is firmly behind Szczesny in the pecking order in Turin, yet he was given a rare opportunity for the huge midweek Serie A match.

The veteran, who returned to the club from Paris Saint-Germain in 2019, made three saves as strikes from team-mates Cristiano Ronaldo and Paulo Dybala set the Bianconeri on their way to victory.

Only a 90th-minute Lorenzo Insigne penalty denied Buffon a clean sheet as Juve moved three points clear of their opponents, who sit in fifth - just outside the Champions League places.

But Buffon should not expect to reprise this starting role on a regular basis, despite Szczesny committing an error leading to a goal in the weekend draw with city rivals Torino.

"I had already spoken to the lad [Szczesny]," said Pirlo, who had suggested earlier in the week Szczesny would play.

"He was already tired when he was back from the national team because he had played three games in a row, so he needed some mental rest and to recover his energy.

"It was already in my mind to have Gigi play, but [Szczesny] remains the main goalkeeper of Juventus."

Even besides the mishap against Torino, Buffon's output since returning to Juve has been more than a match for the number one.

Among goalkeepers in Europe's 'top five' leagues to play 25 games or more in all competitions since the start of last season, Buffon's save rate of 80.2 per cent trails only Sevilla's Yassine Bounou.

None of these keepers have conceded fewer goals than Buffon (18), while again Bounou is the only man conceding fewer goals per game (0.7 for Buffon).

With 11 clean sheets in 26 outings, he ranks ninth for clean sheet percentage (42).

Meanwhile, discounting penalties and own goals, Buffon has conceded 14 times over the past two seasons despite having an expected goals on target (xGOT) conceded total of 17.1, meaning he has prevented 3.1 goals.

This season alone, among goalkeepers to play 10 times or more, Buffon again ranks second for save percentage, his 81.8 this time trailing Sergio Rico.

Across the past two campaigns, Szczesny has saved 72.7 per cent of shots he has faced, but has conceded on average 1.1 goals per game and collected a clean sheet in just 31 per cent of his appearances.

With Buffon set to again lose his place despite remaining at the forefront of the European game, it would support Gianluca Pagliuca's suggestion the Juve great should have retired rather than return to Turin to sit on the bench.

Pagliuca told Stats Perform News: "If I was him, I have already retired. I would have retired after PSG. It was a good idea to go to Paris because it's a big club and he was playing regularly.

"Buffon on the bench? Happy to play only in Coppa Italia? It's not great.

"Someone with his career, it's better to retire when you are 41 and you are still playing than having a couple of years on the bench. He is still a really good goalkeeper.

"The best thing was to retire after PSG, considering his career. Maybe he still wants to compete. However, we have to think he's been the best goalkeeper in the football history."