The focus of the Jamaica Test will be on Virat Kohli, who is on the verge of becoming India's most successful captain in the traditional format of the game, and Rishabh Pant, the wicketkeeper on probation, even as the visitors eye yet another series clean sweep against the West Indies 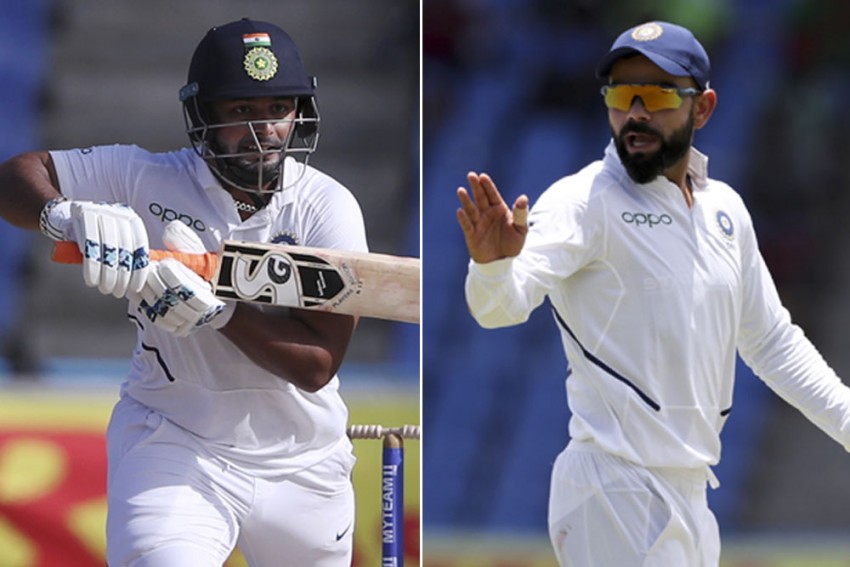 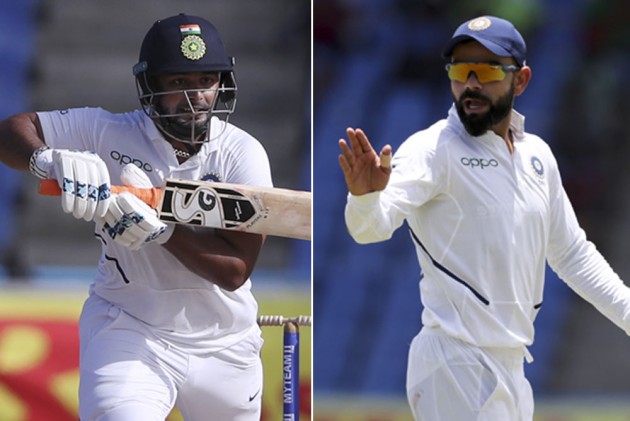 Having won the first Test by 318 runs, India are runaway favourites going into the second and final match of the series against the West Indies, starting Friday at Kingston, Jamaica. Their outing at the Sabina Park against a team that neither showed the resolve nor the aptitude required to put up a sustained fight in five-day cricket may not warrant a full-blooded approach, but the encounter will provide enough opportunities for Team India members.

The focus will be on Rishabh Pant, the wicketkeeper on probation, and skipper Virat Kohli, who is on the verge of becoming India's most successful Test captain. While Pant will be desperate to pay back the faith reposed in him by the team management, Kohli can hope for another dominant show against the Windies as he continues to establish himself as of the greatest captains.

Then there are star performers, always ready to give their best.

Vice-captain Ajinkya Rahane hit a century after what seemed like ages to help India set a big target for the hosts in the first Test, then Jasprit Bumrah (match haul of 6 wickets) and Ishant Sharma (8 wickets) exposed the opposition's technical frailties.

Also Read: Rohit Has To Wait For A Spot In Indian Test Eleven, Says Gambhir

Having said that there remain some areas of concern for India. Batting mainstay Cheteshwar Pujara failed to make a mark in the first match, and he will be more than eager to prove his worth again. Then, there is Pant conundrum.

But India are unlikely to be tinker with their playing XI after a big win.

More than the runs scored, it is the manner of his dismissals that is causing frustration, considering that the Indian cricket establishment has invested heavily in the 21-year-old from Rourkee.

With veteran Wriddhiman Saha back in the dressing room and the gutsy Kona Bharat waiting in the wings, Pant can ill-afford to take things for granted, especially the kind that one saw in the second innings of the first Test.

The pressure was completely off after India took a handsome lead. What the side required from the flamboyant left-hander was something in the range of a solid 30 not out but what it got instead was another impetuous shot.

The slog-sweep has brought about his downfall more often than not and save a fifty in the dead rubber in the T20 series, he has done precious little with the bat.

Opener Mayank Agarwal wasn't in his elements either in the first Test but it is expected that he would get another opportunity, which he rightfully deserves having worked hard in Australia.

The Indian middle-order performed admirably with Rahane back in form with an under-pressure half-century and a century.

Hanuma Vihari also justified his selection with a 93 in the second innings, meaning that Rohit Sharma's wait to make the side could just get a bit longer.

However, Agarwal would be on his toes.

He may not get too many opportunities if the team management decides to fit in an impact player like Rohit at the top of the order alongside KL Rahul in the coming Test series against South Africa at home.

While Rohit's technique against the moving red ball is a bit suspect but in the sub-continent, he could prove to be a handful.

The pace bowling was near flawless in the first game with Ishant and Bumrah looking menacing with five-wicket hauls each. Even Mohammed Shami was very effective in short bursts while Ravindra Jadeja proved his utility as an all-rounder.

"Any seamer are at their best when they are getting wickets. The five-wicket haul for both (Ishant and Bumrah) of them will give them tremendous confidence. Also Shami looked good whenever he was given the ball and it augurs well for the team," Arun said.

For West Indies, there hasn't been much to write home about as none of their players even got a half-century in two innings.

Talented players like Shimron Hetmyer and Shai Hope didn't measure up while the normally dependable Roston Chase also looked out of sorts in the second innings.

The only saving grace for them was the new ball pair of Shannon Gabriel and Kemar Roach, who bowled their hearts out without much support from others.