West Indies lost their second T20I against India in Florida after losing the first one earlier in this three-match series. Skipper Carlos Brathwaite feels that his side didn't do anything wrong in the match. 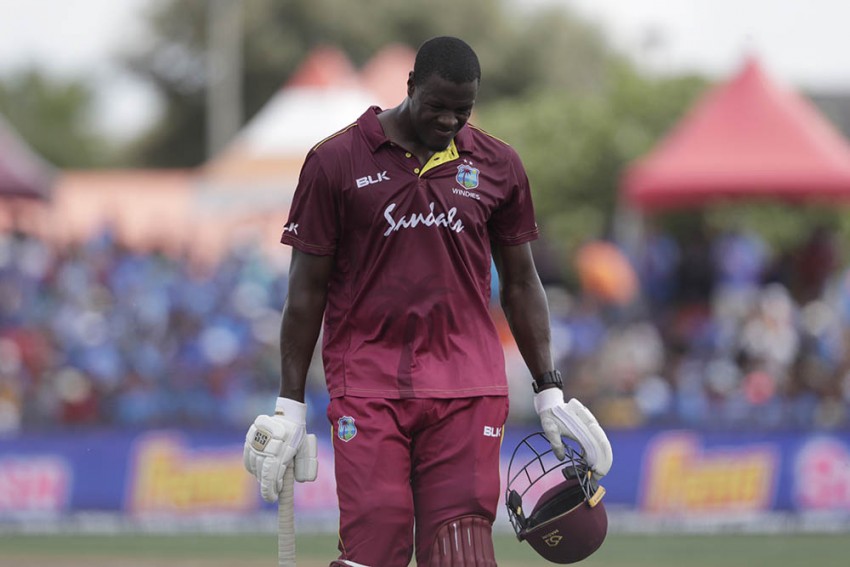 Chasing 168, West Indies were 98 for four in 15.3 overs, when the match was stopped due to thunderstorm.
AP
Outlook Web Bureau August 05, 2019 00:00 IST West Indies Vs India: Carlos Brathwaite Feels His Team Played Well Against Virat Kohli's Side 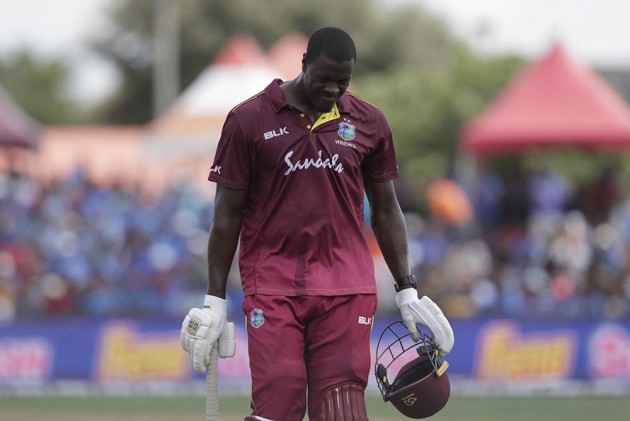 West Indies are out of contention to win the T20I series against Virat Kohli's India after having lost the first two fixtures of this three-match series. After losing the second fixture in Florida, Windies captain Carlos Brathwaite has stated that his team followed their plans regarding the chase correctly.

Chasing 168, West Indies were 98 for four in 15.3 overs, when the match was stopped due to thunderstorm.

"I really don't think it went wrong. We didn't have the start with the ball we wanted but we pulled it back. Had a solid base with the bat. We backed ourselves to get 70 off 26 even though it's a difficult task," Brathwaite said.

He also defended his decision to ask Kieron Pollard to bat at number five.

"The target we had, we wanted Pollard to come in later. Our lineup is flexible enough. Batting wise, it's a lot closer to where we want to be. Consistency is what we're looking for. If we can continue restricting teams to 160 (that will be good)," he said.

Both sides will face each other in the final T20I on August 6, at Guyana's Providence Stadium.