The news came just a few days after Virat Kohli announced that he will step down as India's T20 captain after T20 World Cup. 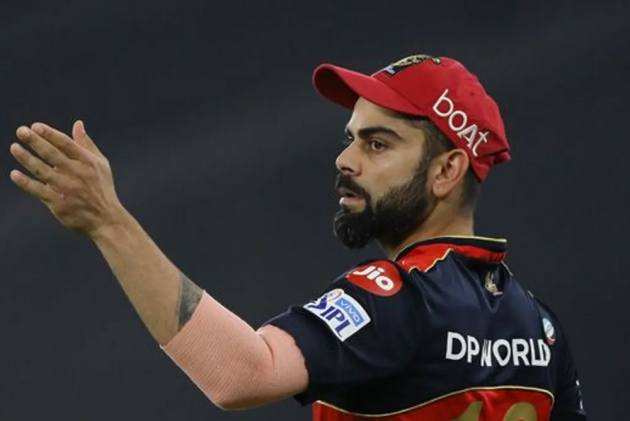 More stories from Cricket
View All

Virat Kohli on Sunday announced that he will step down as Royal Challengers Bangalore captain after the end of Indian Premier League (IPL) 2021. Kohli, still looking for his first IPL title, has been with RCB since the start of the league in 2008. He was made captain in 2013. (More Cricket News)

“This will be my last IPL as captain of RCB. I’ll continue to be an RCB player till I play my last IPL game. I thank all the RCB fans for believing in me and supporting me," Kohli said.

Virat Kohli to step down from RCB captaincy after #IPL2021

“This will be my last IPL as captain of RCB. I’ll continue to be an RCB player till I play my last IPL game. I thank all the RCB fans for believing in me and supporting me.”: Virat Kohli#PlayBold #WeAreChallengers pic.twitter.com/QSIdCT8QQM

The news came just a few days after Kohli announced that he will step down as India's T20 captain after T20 World Cup.

Kohli has played 199 IPL matches and scored 6076 runs so far with five hundreds. He had his best IPL season as a batsman in 2016 when he claimed the Orange Cap with 640 runs averaging an astonishing 81.

Reacting to the news, RCB chairman Prathmesh Mishra, Chairman said, "Virat Kohli is one of the finest cricketers, and has been a true asset to RCB. His impeccable work ethics and leadership skills has been phenomenal. We respect and support this decision and would like to thank Virat for his incredible contribution to the RCB leadership group. He has left an indelible mark on the franchise and will continue to be a senior member of the team."

The 32-year-old Kohli, one of the most decorated players of the franchise, will continue to be a part of the RCB squad.

Kohli added, "It has been a great and an inspiring journey, captaining a talented bunch of players in the RCB squad. I would like to take this opportunity to thank the RCB management, coaches, support staff, players, and the entire RCB family, who have been instrumental in the growth of the franchise over the years.

"It wasn't an easy decision but one that has been well thought of and in the best interest of this wonderful franchise."

Kohli of late hasn't been at his peak as a batsman in Tests, a format which he adores.

For close to two years now, Kohli hasn't scored a long-form century and made 563 runs at 26.80 in 12 Tests during this period.

While announcing his decision to quit national T20 captaincy, he had stated that he was taking the step to manage his workload better.