Kohli-Dhoni are now owners of an unwanted record of having most number of ducks as an India skipper. 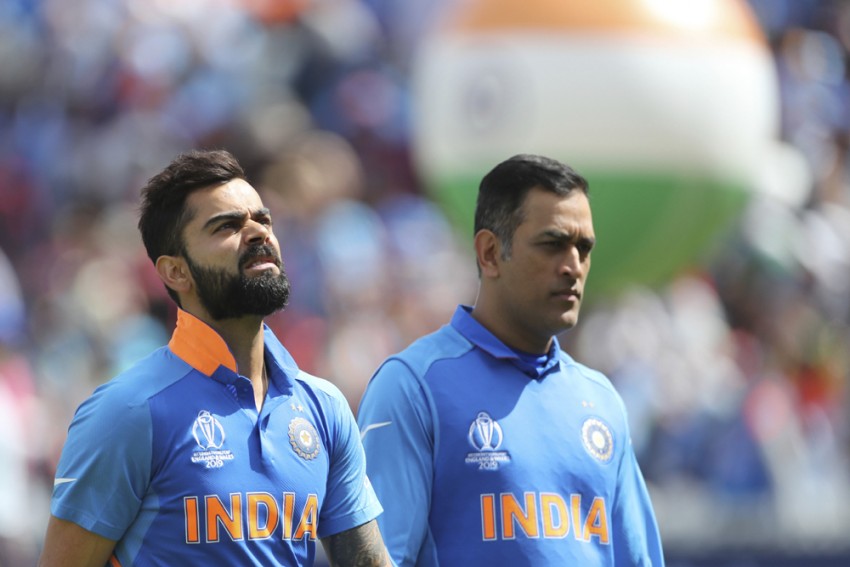 Any hopes of India dominating the second day with the bat were soon dashed by a disciplined England bowling. DAY 2 BLOG | NEWS | SCORECARD

As the visitors bowlers brought their team back into the match, India skipper Virat Kohli created many unwanted records as the swashbuckling batsman was out for zero on the second day of the fourth Test match against England at Narendra Modi Stadium, Motera in Ahmedabad on Friday.

There is no love lost between Stokes and Kohli after an ugly spat yesterday and surely the England all-rounder celebrated as India skipper walked back.

For Kohli there were flurry of unwanted records that the skipper registered as he  walked back to the pavilion.

With this duck, eighth in Virat Kohli's career, the India captain has equaled his predecessor MS Dhoni.

Kohli-Dhoni are now owners of an unwanted record of having most number of ducks as an India skipper.

This is only for the 2nd time that Kohli has managed to register two ducks in a single Test series.

His last pair in a series came against England in 2014. Then Liam Plunkett and James Anderson had managed to trouble Kohli, in 2021,  the honours have been shared by Moeen Ali and Ben Stokes.

This is also the fifth time that Ben Stokes has dismissed Kohli.

Earlier, Kohli had equaled Dhoni's record of leading India in most Test matches. Kohli has now led India in 60 Test matches and counting.