India, led by Virat Kohli, play their maiden Day-Night Test starting Friday (November 22), against Bangladesh in Kolkata. Kohli has spoken about the need of practice matches with the pink ball 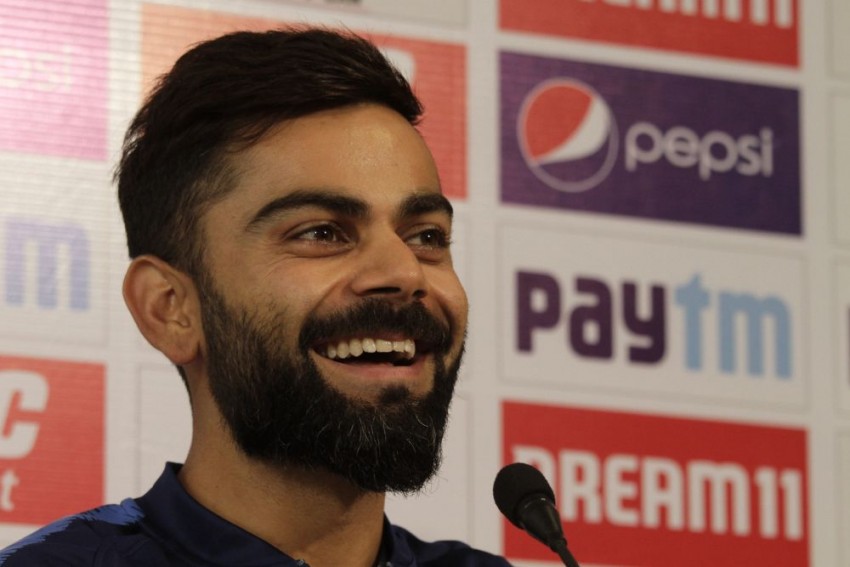 Virat Kohli speaks at a press conference ahead of the second Test between India and Bangladesh, in Kolkata. India are 1-0 up in the series.
AP
Outlook Web Bureau November 21, 2019 00:00 IST Virat Kohli Agreeable To Day-Night Test In Australia Only If 'There's A Practice Game' 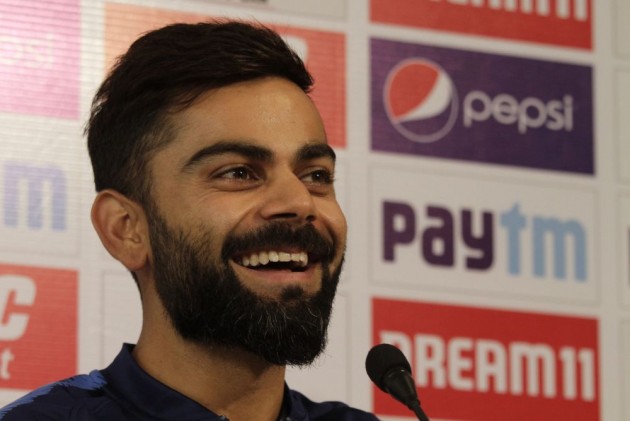 India captain Virat Kohli is open to the idea of Day/Night Test in Australia next year provided his team is allocated a practice match, something which wasn't on the table during the 2017-18 tour Down Under. (CRICKET NEWS)

India is finally playing a Day/Night Test with the pink ball against Bangladesh starting on Friday but the skipper spoke elaborately about why he had apprehensions on earlier occasions.

Asked if he would be ready to play a Day/Night Test in Australia during next year's big tour, Kohli gave a positive reply with a rider.

"Whenever it is held, there should be a practice game before," Kohli said on the eve of the game.

Kohli then said that the Indian team refused to play Day/Night Test in Adelaide during the 2017-18 tour simply because it was slotted without keeping a tor-match so that the team can get acclimatised.

"Obviously, we wanted to get a feel of pink ball cricket. Eventually, it had to happen. But you can't just bring those things up before a big tour and suddenly in the schedule, there is a pink ball Test, when we have not even practised with pink ball. We have not played any first class game with the pink ball," the skipper said.

"It can't be that sudden," Kohli said referring to that particular tour.

When asked about his change of mind, Kohli said that they agreed because discussions were happening for a while it wasn't as if they were told just days prior to a series.

"You can't just go in two days before and say you're playing a pink ball Test in a week's time. We didn't really think it was logical from that point of view. It needed a bit of preparation. Once you get used to playing it there's no problem playing at all. You can plan in advance. We just thought it was a spontaneous," he said about the last time.

Kohli is happy that India is first playing a Day/Night Test at home.

"This one we have been talking about for a while," he said.

"Look, the thing was to experience a 'Pink Ball Test' in our own conditions as to how the ball behaves. Will there be (more) sideways (lateral) movement? Then eventually going on and playing an important Test series anywhere in the world," the Indian captain said.

But there would certainly be some challenges which includes the most commonly discussed dew factor and also the visibility during the twilight hours.

"One big factor is the dew in the late last session most probably. We will have to play as it comes and manage it in the best way possible. That is one difference with a D/N Test in India compared to any other country. Apart from that, I don't feel any major difference," Kohli said on the eve of the pink-ball Test.

"The decision making has to very precise. Even with catching gets very quickly. The extra edge it travels faster. It's going to be a challenge that should excite everyone. We are excited for the new challenge."

A more compact technique would be necessary to negotiate the pink ball compared to facing the red ball.

"If you have not played with the pink ball it's going to be challenging through out the game. Solid technique and more compact game required compared to the red ball. And it makes it even more difficult with not having a great visibility or able to pick that colour."

For the record, 11 Day-night Tests have been played so far and Australia are the most dominant team with five wins in five matches.

Kohli further compared the hype surrounding the 'Pink Ball Test' in Kolkata with that of India-Pakistan World Twenty20 in 2016.

"The last time such an excitement was seen during the India-Pakistan T20. All he big stars had come and they were felicitated. It was packed stadium and the atmosphere is similar."