In all probability, Chand will play in a T20 league in the United States, like his U19 World Cup-winning team-mate Smit Patel 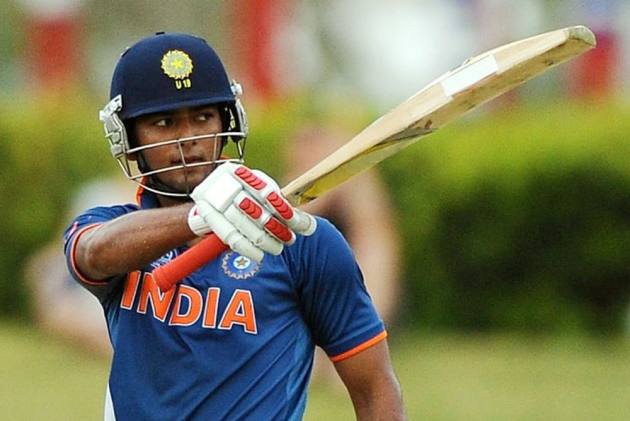 Unmukt Chand, who had led India to U-19 World Cup title triumph but struggled to replicate his success at the senior level, on Friday announced his retirement from all forms of the game. (More Cricket News)

Chand, 28, announced the decision on social media with a series of tweets and a lengthy note along with his some memorable videos.

In all probability, Chand will play in a T20 league in the United States, like his U19 World Cup-winning team-mate Smit Patel.

To compete there, he needed to announce his retirement since the BCCI does not allow its registered players to compete in foreign T20 Leagues.

"Though a part of me is not at peace with the way things have unfolded in the last few years, I still choose to see the silver lining and with fond memories bid adieu to BCCI and seek better opportunities around the world," Unmukt wrote in the lengthy note.

Chand, a right-handed batsman and off-break bowler, who led India to 2012 U19 World Cup win, soon became a household name in the country.

Chand was the 'Man of the Match' in the final, as his 111 not out ahd shaped India's victory.

"Cricket is a universal game and even though the means might change, the end goal is still the same – to play cricket at the highest level,” the former U-19 skipper further wrote.

He also thanked the BCCI and described winning the U-19 World Cup as the biggest moment of his life.

"Big thanks to BCCI for giving cricketers like me a platform to express and showcase our skills through so many camps, age group and senior board tournaments and the IPL.

"Personally, there have been quite a few glorious moments in my cricketing journey in India. Winning the U-19 world cup for India is one of the biggest moments of my life.

"It was a special feeling to lift the cup as a captain and bring smiles to so many Indians across the world. I can never forget that feeling. Also, leading India A on numerous occasions and winning various bi-lateral and tri-series, are etched in my memory forever," Chand further wrote in the note.

After his U19 exploits, former Australia skipper Ian Chappell had written in one his columns that he should be included in the Indian team.

For Chand things happened at a break-neck speed as he landed a big television commercial with the legendary Mahendra Singh Dhoni and Virat Kohli.

The Delhi-born top-order batsman wrote his World Cup memoir, something that had even amused former India captain Rahul Dravid.

But there were also many instances in his life, which did not go down well with former cricketers.

He once took a break from India A camp to attend a talk show seminar of a private channel which had prompted former World Cup winning India skipper Kapil Dev to criticize him on the stage.

Dev's team-mate and former chairman of selectors Sandeep Patil wanted him to be sent to Zimbabwe in 2015, but he somehow missed the bus.

Chand, who played for Delhi and later also captained Uttarakhand, was given chances for India A and Delhi but couldn’t crack the red-ball code despite a memorable 151 against Railways on a seaming track when he was still a student of Modern School, Barakhamba.

Chand played 67 first-class matches, amassing 3,379 runs, with eight hundreds and 16 fifties. However he never had that break-through Ranji or IPL season that could have catapulted him to the next level.