Champions League Preview: Atletico Madrid might take heart from their record at home, where they must surely avoid defeat against Liverpool on Tuesday to keep the tie alive ahead of a daunting second leg at Anfield 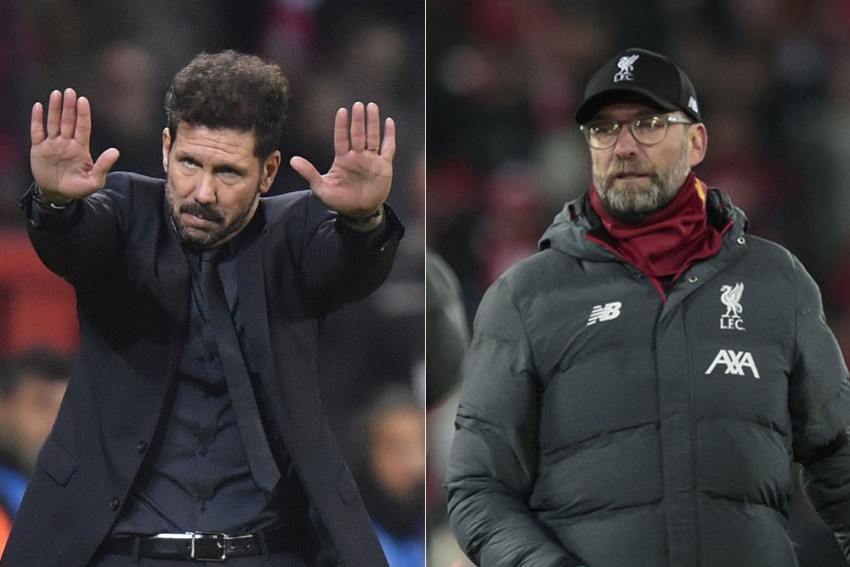 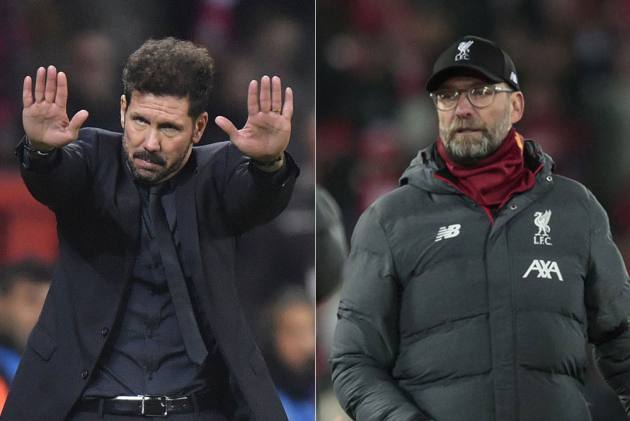 Atletico Madrid might once have relished the challenge of resisting an opponent like Liverpool, but reaching the UEFA Champions League's quarter-finals will require a performance not yet seen from them this season. (More Football News)

Diego Simeone's side are no longer the same Atletico famed for their inch-perfect defence, relentless work ethic and a knack for grinding down even the most assured, attacking teams.

Instead, they are 12 points adrift of leaders Real Madrid in La Liga and last week sat sixth, a reflection of a deflating few months during which their old identity has blurred and their esteemed coach been questioned.

When it was pointed out to Simeone on Friday that both of Valencia's goals in their 2-2 draw at Mestalla had come from set-pieces, he said: "We don't have the same characteristics now. Just like we attack differently, we also defend differently."

Out of the title race before March and knocked out of the Copa del Rey before the last 16, many in Spain believe Atletico's season is in tatters, with the assumption they will soon depart the Champions League too.

The debate has inevitably turned to Simeone and whether he remains the man to better those high standards he himself has set.

"In the eight years I've been here, every year it's been said the squad isn't with me," Simeone said in December.

"There is always a rocky patch but I have always had patience, energy and confidence in what I believe. We can win or lose but I am convinced of what I want because I know my players."

To prove the doubters wrong against Liverpool, Simeone will have to extract a throwback display from a new group of players and against the finest team in Europe, both in terms of current form and the last name written on the cup.

Atletico might take heart from their record at home, where they must surely avoid defeat on Tuesday to keep the tie alive ahead of a daunting second leg at Anfield.

They have lost only once in 21 Champions League games in front of their own fans, even if Liverpool will hardly feel uncomfortable at the Wanda Metropolitano, where they were celebrating last June after lifting their sixth European Cup.

And a sense of inferiority might also appeal to Simeone, whose Atletico have often appeared to excel when the chance of victory seemed lowest. In recent years, they have prevailed against Barcelona, Bayern Munich, Juventus and Real Madrid.

Yet all logic points to a Liverpool victory, particularly given Atletico are likely to be without Diego Costa and Joao Felix, the 120 million Portugese forward who has so far struggled to live up to the hype.

Alvaro Morata's fitness is also in doubt after he played only 24 minutes off the bench against Valencia.

When Atletico thrashed Real Madrid 7-3 in pre-season, many wondered if they could repeat their remarkable title-winning feat of 2014, reinvigorated by new signings and fresh belief.

But a promising start quickly fizzled and Simeone raised eyebrows in December by insisting this was always a "transition season" for his team, despite close to 250 million euros spent last summer.

Those arrivals had big shoes to fill, after Antoine Griezmann left for Barcelona and the drain of leadership continued with the departures of Diego Godin, Lucas Hernandez, Filipe Luis and Juanfran.

Simeone said transition did not mean stagnation. "Anyone who believes the word transition means sunbathing and waiting for the flowers to come out doesn't know me," he said.

Yet while he may never be under pressure at the club he has transformed since his appointment in 2011, Simeone is in need of a boost as he attempts to put Atletico back among the elite.

Liverpool may remind them how far they have to go.