Bayern Munich sealed consecutive victories over Tottenham with a 3-1 success at the Allianz Arena, while Real Madrid, Paris Saint-Germain and Juventus also finished their group campaigns on winning notes. 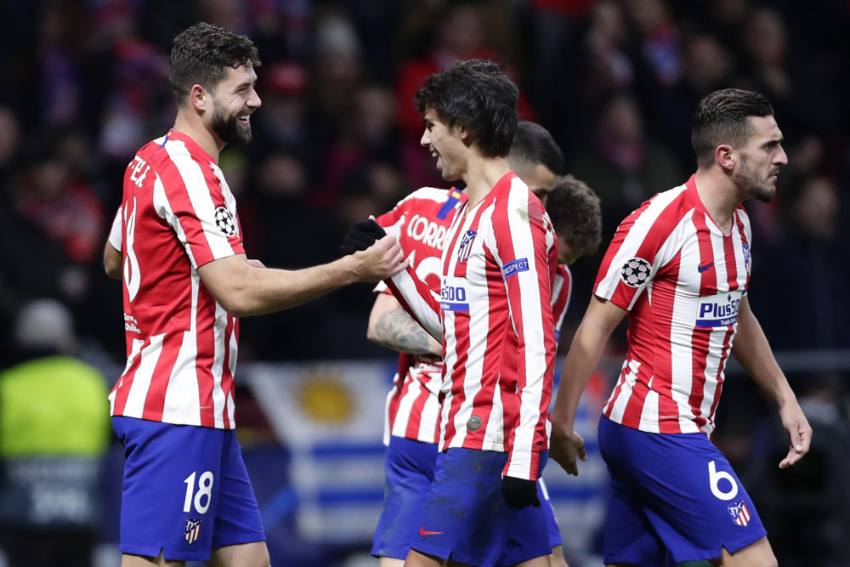 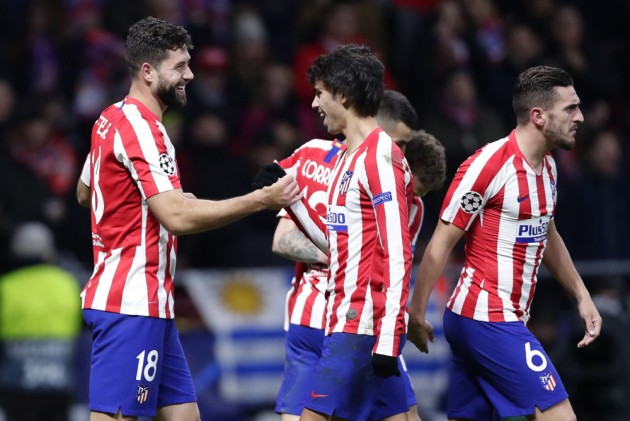 Atletico Madrid claimed the final spot in the Champions League last 16 with a 2-0 win over Lokomotiv Moscow, after Atalanta completed an impressive comeback in Group C to qualify.

Bayern Munich sealed consecutive victories over Tottenham with a 3-1 success at the Allianz Arena, while Real Madrid, Paris Saint-Germain and Juventus also finished their group campaigns on winning notes.

Diego Simeone's Atletico went into their game knowing defeat, coupled with a Bayer Leverkusen win against Juve, would see them dumped out.

Kieran Tripper had a second-minute penalty brilliantly saved by Lokomotiv goalkeeper Anton Kochenkov at the Wanda Metropolitano, but Joao Felix made no mistake from the spot a quarter of an hour later.

Atletico wasted a string of chances and Alvaro Morata had a goal ruled out by VAR for offside.

But their place in the knockout rounds was secured when centre-back Felipe volleyed home Koke's cross after a short corner routine.

Cristiano Ronaldo scored his second Champions League goal of the season as Juve, who were already sure of top spot, saw off Leverkusen 2-0 in Germany in the other Group D game.

Substitute Paulo Dybala was the creator of the 75th-minute opener, crossing low for Ronaldo to tap in a record-extending 128th goal in the competition, before Gonzalo Higuain's injury-time clincher.

Champions League debutants Atalanta claimed a famous 3-0 triumph at Shakhtar Donetsk to qualify with Manchester City despite having lost their first three games.

The Italian outfit, who finished third in Serie A last season, conceded 11 goals in their opening three matches, but drew with City at the San Siro before beating Dinamo Zagreb to keep their hopes alive.

Timothy Castagne stabbed in the crucial first goal in the 66th minute, before Mario Pasalic found the net shortly after Shakhtar full-back Dodo was controversially sent off in Kharkiv.

Dinamo needed to beat English champions City to progress, but despite taking an early lead through Dani Olmo, were sent packing by a Gabriel Jesus hat-trick before teenage midfielder Phil Foden wrapped a 4-1 win for Pep Guardiola's side.

Jose Mourinho's Tottenham failed to exact revenge on Bayern Munich for their 7-2 humbling in London in the reverse Group B fixture.

Kingsley Coman put Bayern ahead as they looked to bounce back from successive Bundesliga defeats, although Ryan Sessegnon marked his first Spurs start with a goal to equalise.

But Thomas Mueller, on as a substitute for the injured Coman, and Philippe Coutinho ensured the Bavarian giants became the first German side to win all six group games.

Thomas Tuchel's French champions had already wrapped up top spot in Group A ahead of Real Madrid, but ran riot in the capital.

Icardi and Pablo Sarabia put PSG in control at the break, before Neymar and Mbappe teed each other up for second-half strikes and Cavani came off the bench to score a penalty.

Real Madrid also rounded off the group stage in style by beating a spirited Club Brugge 3-1 with goals from Rodrygo, Vinicius Junior and Luka Modric.