Born in Lahore, Pakistan, Keshav Datt was part of India's gold medal campaigns in the 1948 and 1952 Olympic Games 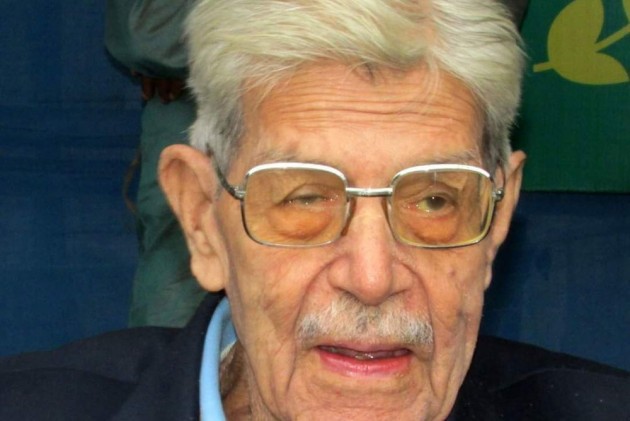 The former centre halfback died around 12.30 am at his residence in Santoshpur, Kolkata.

Datt had donned the national jersey in the 1948 London Games, where India won the first gold post Independence, and the former centre halfback won his second Olympic gold in Helsinki 1952.

"We are all very sadden to hear about the legendary halfback Keshav Datt's demise early this morning. He was the lone surviving member of the 1948 and 1952 Olympic Games and today truly feels like the end of an era," said Hockey India President Gyanendro Ningombam in a statement.

"We all grew up listening to incredible stories of their memorable outings for independent India at the Olympics and they went on to inspire generations of hockey players in the country.

"Hockey India mourns his demise and on behalf of the Federation I extend my deepest condolences to his family."

"The world of hockey lost one of its true legends today. Saddened at the passing away of Keshav Datt. He was a double Olympic gold medal winner, 1948 and 1952. A champion of India and Bengal. Condolences to his family and friends," Banerjee tweeted.

As a Mohun Bagan player he won the hockey league six times and Beighton Cup three times in a span of 10 years.

He was conferred with the Mohun Bagan Ratna award in 2019, becoming the first non-footballer recipient of the honour.