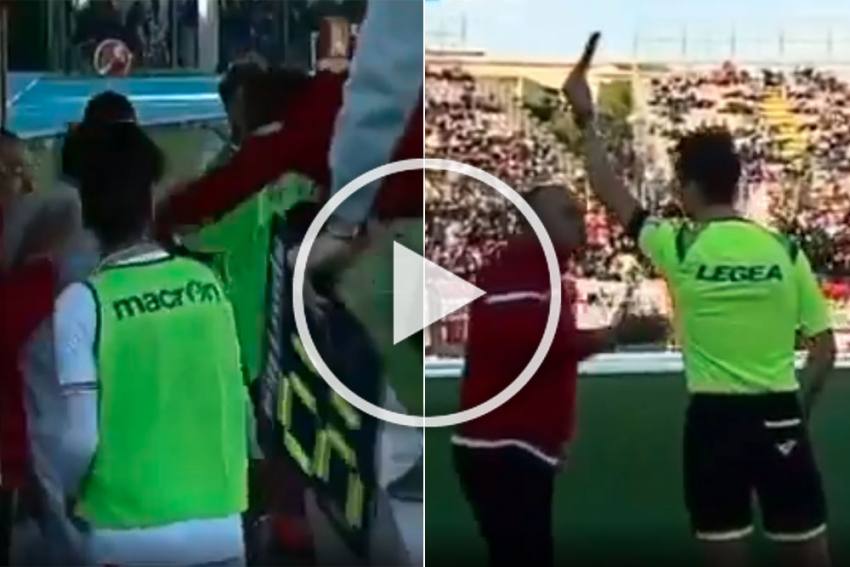 Grosseto head coach Lamberto Magrini was remarkably shown a red card after slapping one of his own players at pitchside.
Screengrab: Twitter
Omnisport February 17, 2020 00:00 IST Truly Bizarre! Football Coach Sent Off For Slapping Own Player - WATCH 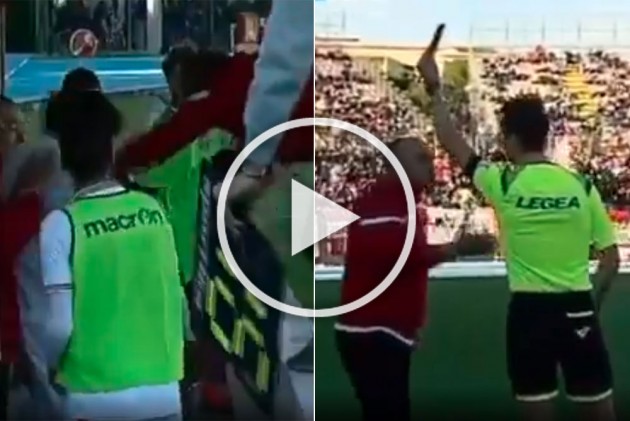 It is not unheard of for footballers to come to blows, as many on-field fights might spring to mind - sometimes even between team-mates. (More Football News)

But a confrontation in the Serie D clash between Grosseto and Monterosi on Sunday certainly was unusual.

Grosseto head coach Lamberto Magrini was remarkably shown a red card after slapping one of his own players at pitchside.

Magrini substituted Riccardo Cretella for Mattia Ravanelli - son of onlooking former Juventus striker Fabrizio - with 16 minutes remaining, but the man going off reacted angrily, appearing to aim a frustrated kick at the air.

The coach himself then responded, leaning over to clip Cretella to the astonishment of the other players in the dugout.

Magrini was dismissed as the referee came over to investigate, but Grosseto held on for a 1-0 win to leapfrog their opponents and move top of Group E.