Jadon Sancho to Manchester United? It may not be a foregone conclusion as Premier League rivals Liverpool reportedly enter the hunt. 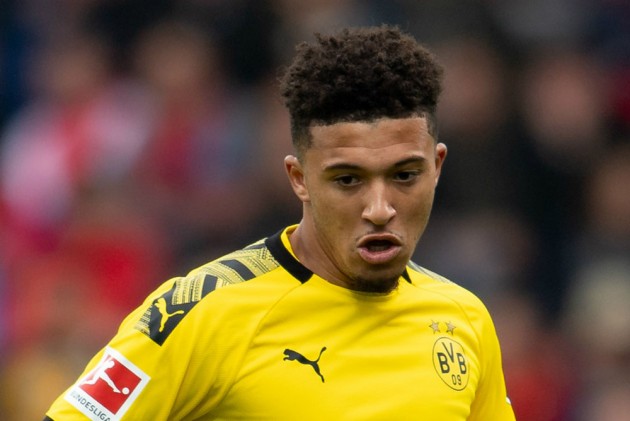 Jadon Sancho is a player in demand.

The former Manchester City youth player is a man in demand due to exploits with Borussia Dortmund.

The Premier League's elite are circling…

United are reportedly confident of luring the 19-year-old England international to Old Trafford, ahead of Premier League rivals Chelsea.

However, a fresh report claims Premier League leaders Liverpool have joined the race for the teenager as Jurgen Klopp hopes to take advantage of the relationship with former club Dortmund. Sky Germany also says Sancho will leave Dortmund at the end of the season.

- Barcelona are preparing to re-sign Neymar from Paris Saint-Germain, reports El Confidencial. Neymar, who left Barca for a world-record €222m fee in 2017, has been heavily linked with a return to Camp Nou. After missing out on an off-season move, Neymar could be on his way back to the LaLiga giants – who are reportedly willing to sell one or two players to finance the blockbuster transfer.

- According to The Sun, Chelsea are battling United for the signature of 16-year-old Birmingham City sensation Jude Bellingham, who could cost up to £50million. The teenager has also attracted interest from Barcelona and Real Madrid.

- United recruit Odion Ighalo has been barred from the club's training ground due to ongoing coronavirus precautions, says The Mirror. Ighalo arrived from Chinese Super League side Shanghai Shenhua on deadline day, moving to United on loan until the end of the season. The Nigeria international, however, has not been allowed to train at Carrington.

- Sandro Tonali has been valued at €55m and €60m by Brescia amid interest from Serie A champions Juventus and Inter, according to Calciomercato.

- AS claims Real Valladolid defender Mohammed Salisu is at the centre of a transfer tug-of-war between Madrid, United and Atletico Madrid.