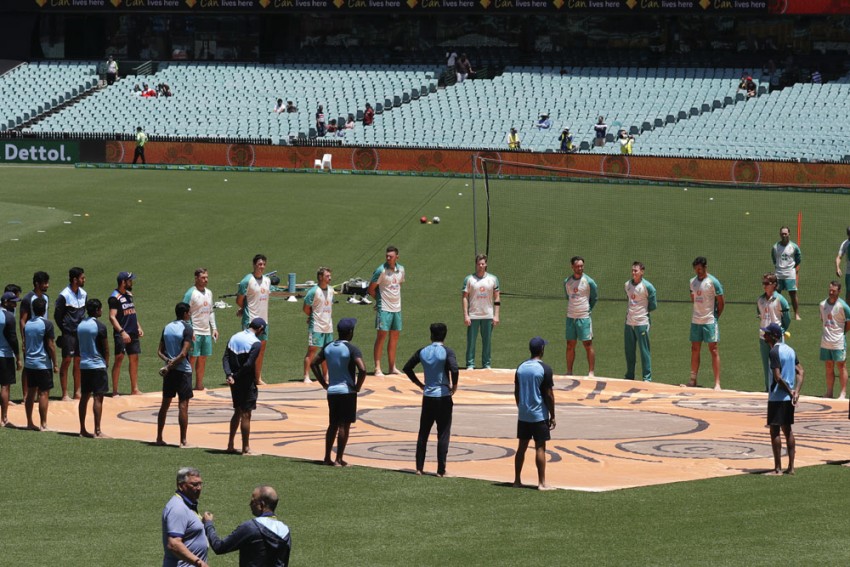 Players stand for a ceremony on the field ahead of the one day international cricket match between India and Australia at the Sydney Cricket Ground in Sydney, Australia, Friday, Nov. 27, 2020
AP Photo/Rick Rycroft
PTI 2020-11-27T14:58:34+05:30 Tour Of Australia: Indian Cricketers Join Aussies In Anti-racism Gesture 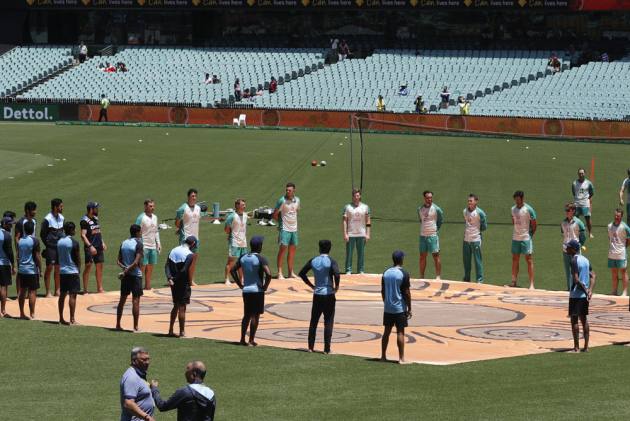 The Indian cricketers on Friday joined their Australian counterparts in forming a barefoot circle on the ground to support the anti-racism movement and acknowledge the culture of indigenous people of the host country. (More Cricket News)

The barefoot circle ceremony was held before the start of the opening One-day International between the two teams in Sydney.

Australian pacer Pat Cummins had said that it was the team's way of demonstrating an anti-racism feeling as well as celebrating the indigenous culture of Australia.

The barefoot circle is a statement taken up by Australian cricket more broadly to connect with Aboriginal culture and the land on which matches are played.

In addition, cricketers from both the teams wore black armbands in the memory of former Australia players Dean Jones and Philip Hughes.

While Jones died in Mumbai after suffering a heart attack in September, Hughes passed away on this day at this very ground six years ago after being hit on the head by a Sean Abbott bouncer.

Earlier this year, West Indies legend Michael Holding had criticised the Australian team for not taking a knee in support of the Black Lives Matter movement during the limited overs series in England.

The Australian women's national team had also formed a barefoot circle with New Zealand players in Brisbane ahead of the limited-overs series in September.

Last week, the Sheffield Shield teams had gathered in a barefoot circle before their matches to mark the start of NAIDOC week, while the Women's Big Bash League players have taken a knee to support the BLM movement.