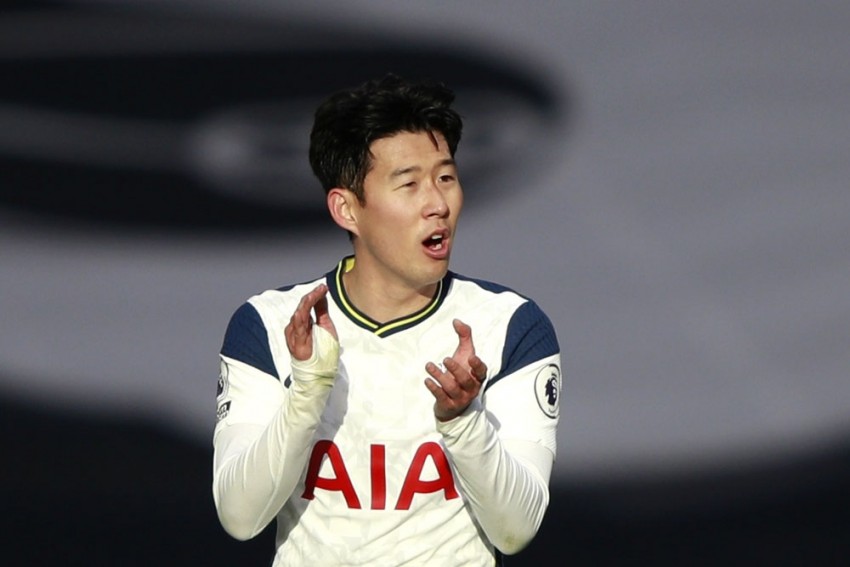 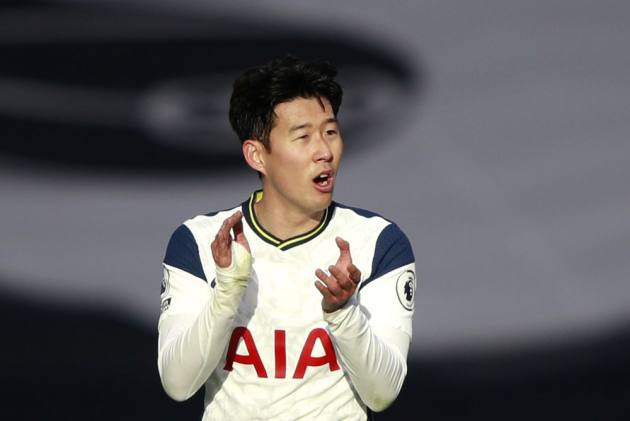 Son Heung-min reached a century of goals for Tottenham as Jose Mourinho's side boosted their Premier League title hopes with a comfortable 3-0 win over Leeds United. (More Football News)

The postponement of Wednesday's scheduled clash with Fulham because of coronavirus concerns left Spurs seven points adrift of Liverpool and Manchester United.

Mourinho's men had been without a win in four league games going into Saturday's home clash with the division's fourth-highest scorers, but it was the hosts who were clinical in going third and cutting the gap to four points.

A penalty from Kane and Son's landmark goal had Spurs 2-0 up at half-time and Toby Alderweireld's first league goal since netting against Arsenal in July gave Leeds too much of a mountain to climb, the only blemish on Tottenham's victory a sending off for Matt Doherty in injury time after he committed a second bookable offence.

100 – Son Heung-min has scored his 100th goal in all competitions for Tottenham, with only Harry Kane (169) scoring more for the club since his debut in September 2015. Milestone. #TOTLEE

Tottenham had looked vulnerable to their free-scoring opponents for much of an unexpectedly low-key first half, which was brought to life in the 37th minute when Ezgjan Alioski tripped Steven Bergwijn just inside the area.

Kane made no mistake in smashing the subsequent penalty down the middle to put Spurs into a lead that should have been doubled when Bergwijn collected a Ben Davies pull-back, only to fire high, wide and not very handsome.

But, having previously provided some cause for concern when both went down with apparent knocks, Kane and Son shrugged off any lingering issues to combine for the latter's 100th goal for Spurs and make it 2-0.

Son coolly stroked home at the near post after a low cross from Kane, who took his tally for goal involvements for the season to 20, as many as he had in the whole of the 2019-20 campaign.

And it was South Korea international's corner that saw Spurs take complete command as Alderweireld met his near-post corner with a header that was too hot for Illan Meslier to handle.

Meslier stopped Bergwijn and Kane from making the scoreline even more emphatic, while Leeds' energy at the other end was for nought as Spurs claimed a deserved clean sheet despite Doherty seeing red for a needless foul on Pablo Hernandez.

What does it mean? Spurs blunt Leeds to stay in the mix

Leeds had previously not failed to score since a November 22 stalemate with Arsenal, however, they were second best in all areas of the pitch in north London.

Another slip-up for Tottenham would have been a huge dent to their title aspirations, but they scored three for the first time in 11 Premier League games to stay firmly in contention.

Son's 100th goal for the club marked the 13th time in 2020-21 that he and Kane have combined, a joint-record in a single season in the Premier League.

After his assist for Alderweireld, Son has 17 goal involvements in his last 14 top-flight appearances (12 goals, 5 assists).

13 - Harry Kane and Son Heung-min have now combined for 13 goals in the Premier League this season - no duo has ever combined for more in a single campaign in the competition. Telepathy. #TOTLEE pic.twitter.com/zgvgCLRPUJ

Leeds have conceded six penalties this season having given away three in the entirety of the previous campaign in the Championship. It was the low point of a bad day for left-back Alioski, who conceded three fouls and won 37.5 per cent of his duels before being substituted in the 64th minute.

Tottenham have an EFL Cup semi-final with Brentford on Tuesday before facing non-league Marine in the FA Cup third round next Sunday, when Leeds start their quest for silverware at Crawley Town.