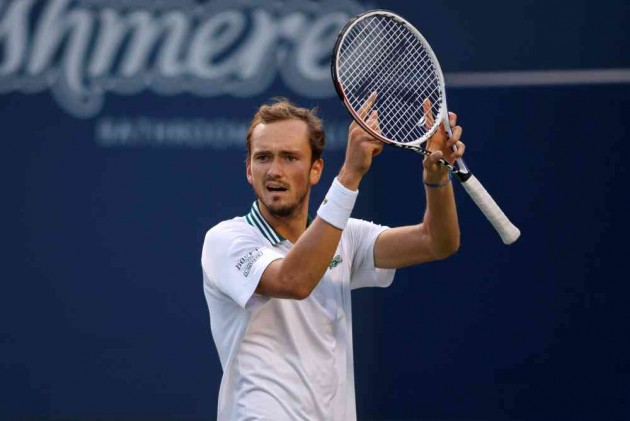 The 25-year-old Medvedev, ranked second in the world, has 11 ATP Tour victories, winning this year in Mallorca and Marseille. He had 23 aces to beat Hurkacz a month after falling to him in the fourth round at Wimbledon.

“He had his chances and he was probably the better player for at least two sets for sure, but that's tennis,” Medvedev said.

“We both have great serves and I managed to hit some aces when I needed to.

The 24-year-old Hurkacz, ranked 13th, won this year in Miami and Delray Beach.

“It was definitely not easy," Medvedev said.

"He was on top of me. But to win matches like this gives you a huge boost of confidence. It's a pleasure to be standing here and giving interviews.”

The 36-year-old Isner won two weeks ago in Atlanta for his 16th career title.

Tsitsipas lost to Novak Djokovic in the French Open final in May. He made it to the final of the Canadian Open in 2018, losing to Rafael Nadal.

“And I'm always, every single day, trying to come up with solutions and ways this is going to be easier and more efficient for me.”