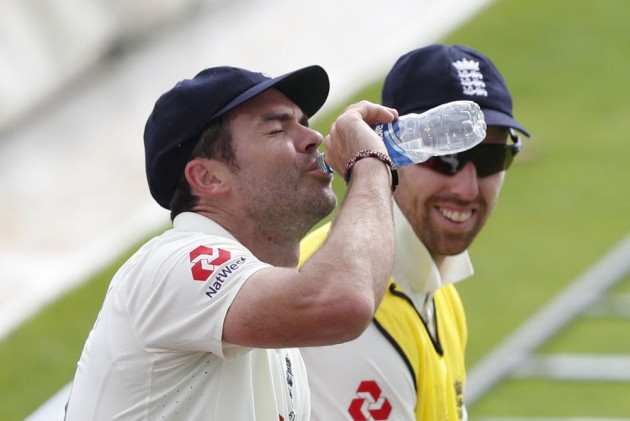 Anderson, 38, reached the latest landmark of a phenomenal career this week when he took his 600th Test wicket in England's draw against Pakistan at Southampton.

No fast bowler has taken more in the longest format and Anderson, who first turned out for England in Tests 17 years ago, feels he has plenty more miles left on the clock.

Manchester United great Giggs and six-time Super Bowl-winning quarterback Brady are useful touchstones, especially with the 2021-22 Ashes in Australia on the horizon.

"I'm a member of the same golf club as Ryan but I've never met him, or spoken to him," Anderson told The Times. "But I've looked into it, because I just want to see whether you should be doing anything different approaching your forties, but I don't think there is. Some people are just lucky with their metabolism.

"You see Tom Brady and you wouldn't think that he's 42 to see him play. I think there is a bit of stigma around age in sport, but I don't see any reason why I can't play into my forties.

"I don't set targets but I've spoken to Joe [Root, England captain] and he's keen for me to go to Australia. I never like to look too far ahead, and we don't know when we'll be playing next, but I'll be preparing as I always do.

"I want to keep playing. If I feel like I do now, I don't see why I can't play into my forties, go to Australia and beyond.

"Everyone has got their opinions about retirement, but I feel I'm improving as a bowler and I don't feel like I'm levelling off yet. As long as I keep doing that, why would I stop?"

I’m completely overwhelmed by the reaction to yesterday. Thank you for the kind messages and continued support. Hopefully there’s a few more wickets to be taken!  #600 pic.twitter.com/mg9iRSQHd9

At the other end of the age bracket in Root's Test side, batsman Ollie Pope is facing an extended period on the sidelines with a shoulder injury.

The 22-year-old dislocated his left shoulder while fielding against Pakistan at the Rose Bowl and an MRI scan confirmed he would require surgery, necessitating a four-month recovery period.

Pope will then undergo a period of rehabilitation with England and Surrey's medical teams and target a return for his country's proposed tours of Sri Lanka and India in early 2021.