Tokyo Paralympics: These Games Is Going To Be India's Best Outing So Far, Says Deepa Malik 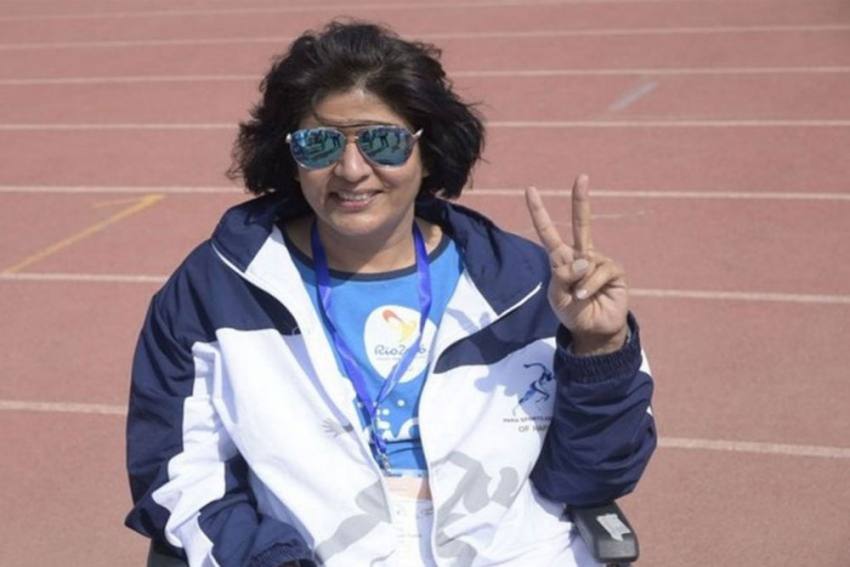 "Absolutely, my expectations have already gone beyond what I was expecting. This year, India is sending the largest-ever contingent. I am very hopeful that we are going to create history," Malik said when asked if she is expecting the best-ever display.

"It's a contingent which is three times bigger in number, we have added four more sports in the past 4-5 years of gap between 2016-21.

"Almost two years have gone in the pandemic but despite that it's a huge leap in the number of athletes qualifying," Malik said during a virtual press conference to launch a joint campaign with Coca Cola-owned homegrown beverage brand Thums Up.

The first woman from India to win a Paralympic medal, Malik said the statistics are looking bright for the Indian contingent.

"It is not just qualification it is also acquiring the quota on the basis of world ranking. The statistics are looking very bright, athletes have done pretty well in the selection trials and the kind of current world rankings they are holding look very promising.

"Because the number of participation and the number of sports has increased, we have top ranking athletes, that gives us a very good indication that it's going to be great Paralympics for Indian history."

At the Rio Games in 2016, the Indian contingent returned with a haul of four medals, including two gold, a silver and a bronze.

Malik, the Rio Games silver medallist in shot put, said the athletes have adapted well to the conditions in the Games Village.

Talking about the COVID restrictions, she said "We have to submit our samples every morning for COVID testing. Before entering any place you have to give your temperature and maintain a distance. In the village there are designated lanes."

Thums Up, which has partnered with the Tokyo 2020 Paralympic Games, will also be unveiling a campaign that includes a series of videos and other related visuals for digital and social media to keep the audiences connected with the event and the Indian athletes participating in it.

"My journey of ability beyond disability has been that of breaking stereotypes and myths around disability. The partnership with Thums Up is a step forward in that direction," Malik said.

Battling odds on almost daily basis, the protagonists are seen wearing the "taunts" they are subjected to on their T-shirts against the backdrop of the tagline 'TaanePalatDe'.