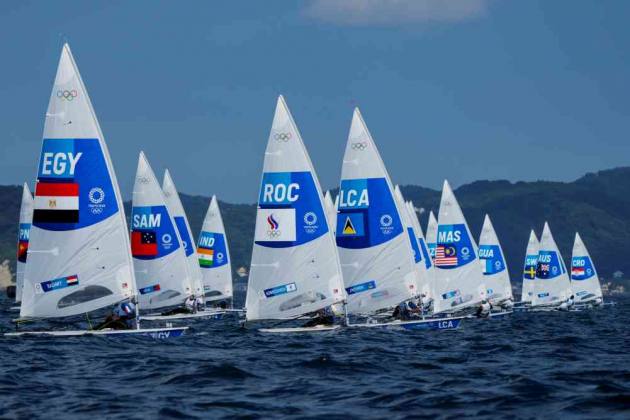 Nethra Kumanan was placed 27th after two races while Vishnu Saravanan was at 14th after his first race as the Indian sailors opened their campaign in the Tokyo Olympics on Sunday.

Kumanan finished 33rd in the first race of the women's laser radial before recovering a bit by taking the 16th spot in the second for an overall 27th place with 49 net points.

Saravanan then finished 14th in the men's laser event before the second race was postponed due to bad weather conditions at the Enoshima Yacht Harbour.

The final race is called the medal race, for which points are doubled. Following the medal race, the individual or crew with the fewest total points is declared the winner.