India will be looking to win their second medal at Tokyo Olympics on Day 4 on Monday. All eyes on shooters and archers 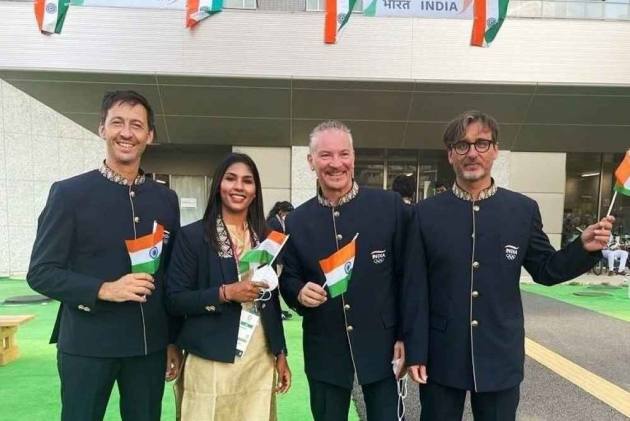 It will be a big day in the life of Bhavani Devi. The Chennai girl will be the first to represent India in fencing at the Olympic Games. The 27-year-old Bhavani, who has trained in Italy, will take part in the women's individual sabre event at Tokyo Olympics. (MEDAL TALLY | Day 3 HIGHLIGHTS)

Although Bhavani is not fancied to finish on the podium at Tokyo 2020, India will expect medals from their archers and shooters. Pravin Jadhav, who has already got a feel of the Yumenoshima Final field in the mixed event, will be part of a team with the experienced Atanu Das and Tarundeep Rai.

Veteran skeet shooter Mairaj Ahmed Khan, in his second Olympics, will eye a medal after missing out in Rio 2016. Angad Vir Singh Bajwa will also be a serious medal contender if he can make the medal rounds.

Pravin Jadhav, Atanu Das and Tarundeep Rai vs Kazakhstan in Men's Team 1/8 Eliminations at 6 AM IST

India vs Germany in Women's Pool A match at 5:45 PM IST

Achanta Sharath Kamal vs Tiago Apolonia (Portugal) in Men's Singles Round 2 match at 6:30 AM IST.

Sutirtha Mukherjee (India) vs Fu Yu (Portugal) in Women's singles, Round 2 match at 8:30 AM IST

Sumit Nagal vs Daniil Medvedev (ROC) in Men's Singles Round 2: Third match after 7:30 AM IST start.

Varun Grover / When we say we’re standing in solidarity with someone, we’re really standing up for our own ideals, values, peace and truth, write comic-poet Varun Grover.