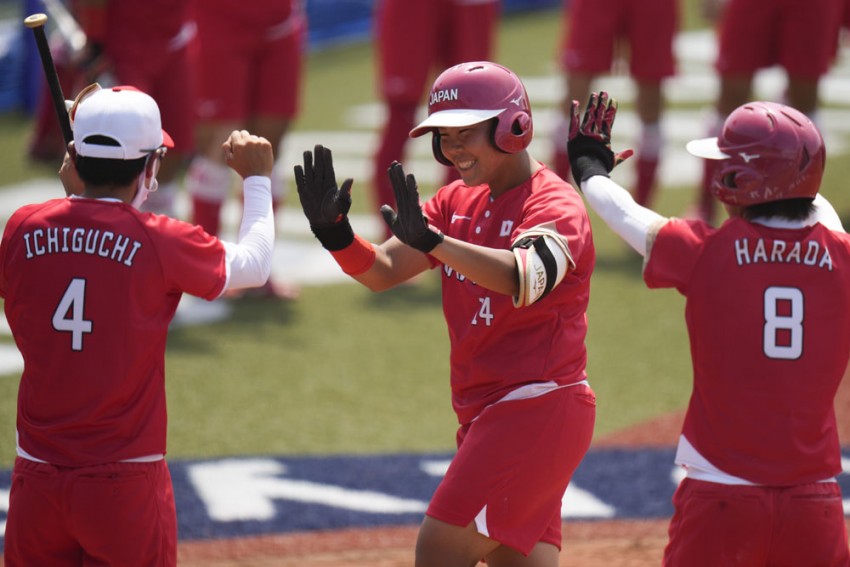 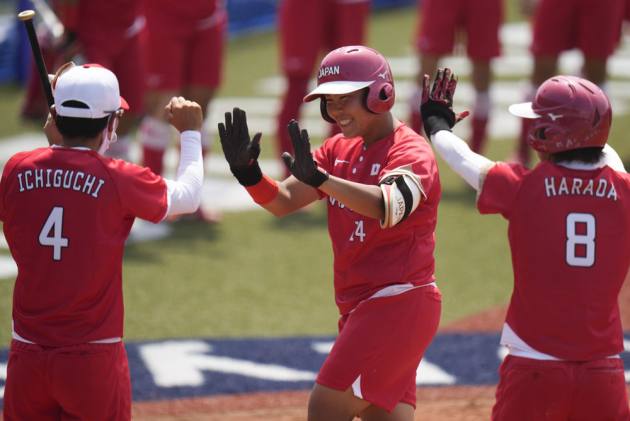 Host Japan got off to a winning start when the Tokyo Olympics got underway after a one-year delay, beating Australia 8-1 on Wednesday in softball behind 39-year-old pitcher Yukiko Ueno, who won the 2008 gold medal game against the United States.

The game was played in a nearly empty stadium. Fans were barred from the Olympics because of the coronavirus pandemic, which caused a one-year delay. Many in Japan have questioned whether the Olympics should take place at all with low levels of vaccination in the nation.

Ueno allowed two hits over 4 1/3 innings and struck out seven, throwing 85 pitches for the win.

Minori Naito and Saki Yamazaki hit two-run homers off loser Kaia Parnaby and Yu Yamamoto, who had three RBIs, added a two-run drive against Tarni Stepto in the fifth that ended the game under a rout rule.

Ueno started Australia's Michelle Cox with a ball at 9:02 a.m. before a nearly empty Fukushima Azuma Baseball Stadium, beginning an Olympics whose viability has been repeatedly questioned.

Playing about 150 miles from the main Olympics sites in Tokyo, the teams lined up for the national anthems in a stadium with a listed capacity of 30,000 that had about 50 spectators, presumably team and Olympic officials, plus media.

It was 88 degrees with 60 per cent humidity for the morning start, which had the sun in the eyes of left-handed batters. The artificial turf made it seem even warmer, and Stepto pitched without a cap.

Ueno forced in a run in the first by hitting Chelsea Forkin with a pitch, her second straight hit batter.

Yamamoto singled in a run in the bottom half and Japan took a 3-1 lead in the third when Naito fouled off a 1-2 changeup, and drove a hanging changeup over the left-center field fence.

Yamazaki reached on a grounder leading off the fourth when Forkin dropped the throw at first, and Fujita drove a 1-0 pitch over the 220-foot fence in left center. Nodoka Harada added a sacrifice fly for a 6-1 off Stepto for a 6-1 lead.

Australia left the bases loaded in the fifth when reliever Miu Goto threw a called third strike past Forkin.

In the second game of the opening tripleheader, the top-ranked United States played No 9 Italy, and No 5 Mexico followed against No 3 Canada.

The first two days of the softball tournament are being played about 40 miles from the site of a 2011 nuclear power plant disaster. The rest of the tournament will be in Yokohama, near Tokyo.

Most of the approximately 11,000 athletes are in the Tokyo area.

Japan is defending softball gold medalist after upsetting the US in the 2008 final.