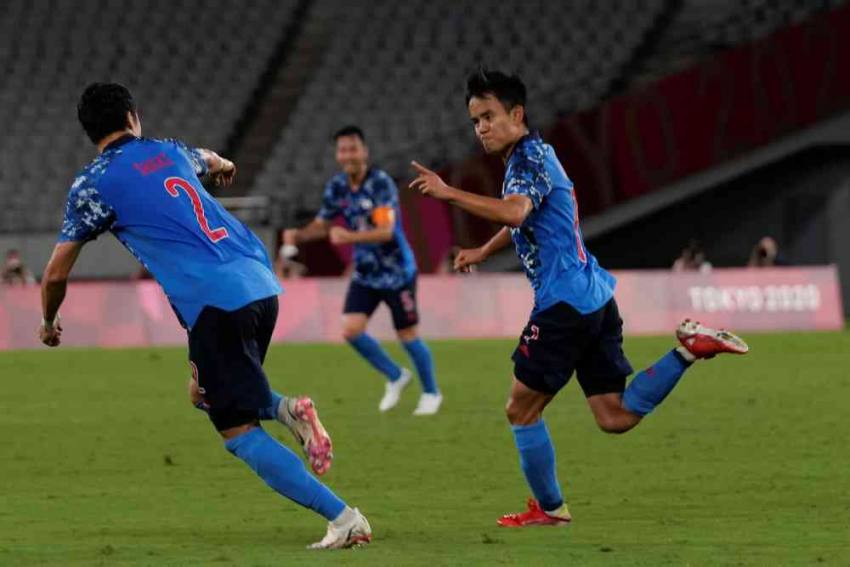 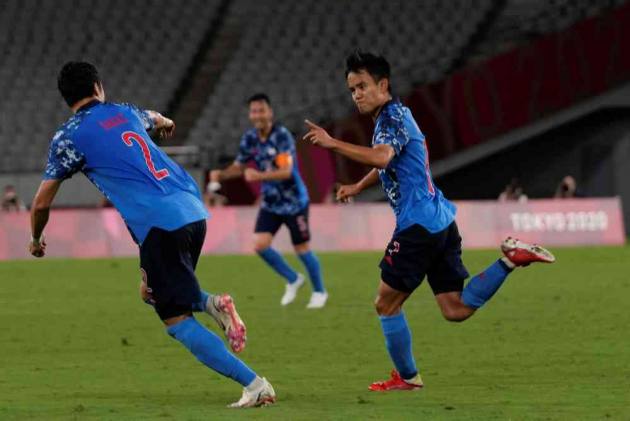 Ivory Coast was making its first Olympic appearance since the 2008 Beijing Games, when the team advanced to the knockout stage. Saudi Arabia hasn't been to an Olympics in soccer since 1996.

Ivory Coast went ahead 1-0 late in the first half after an own-goal from defender Abdulelah Alamri, but Saudi Arabia rebounded when Salem Aldawsari scored in the 44th minute.

Kessie, who plays for AC Milan, scored off a pass from Manchester United forward Amad Diallo.

The two teams are in a tough group at the Olympics with Brazil, the gold medalists from the 2016 Games, and Germany, the silver medalists who lost to the Brazilians on penalties at the Maracana Stadium.

Alexis Vega scored the first of four second-half goals for Mexico in a 4-1 victory over France on Thursday in the men's Olympic football tournament.

Mexico, which won gold at the 2012 Olympics, had the better chances in the first half but the game was scoreless at the break. Vega scored first in the 47th minute and Sebastian Cordova added a second in the 55th.

Andre-Pierre Gignac, who plays for Mexican club Tigres, scored from the penalty spot in the 70th minute to narrow the gap for France, which won the Olympic title in 1984. But Uriel Atuna put Mexico ahead 3-1 in the 80th and Eduardo Aguirre added a goal in stoppage time for El Tri.

While the Olympics is for under-23 squads, coaches are able to name three players born after 1997. So teams in Tokyo are dotted with stars, including Florian Thauvin, who won the 2018 World Cup with France and also plays for Tigres.

Starting with six players who rushed from the European Championship to the Olympics, Spain was held to a 0-0 draw by Egypt on Thursday in the team's opening match of the men's football  tournament.

Spain's best chance to score at the Sapporo Dome came when Dani Ceballos hit the post. The 24-year-old Real Madrid midfielder, who got injured at the end of the first half and had to be taken out, is one of three overage players permitted in the squad.

The players in the starting lineup who were also part of Spain's run to the Euro 2020 semifinals two weeks ago were goalkeeper Unai Simón, defenders Eric García and Pau Torres, midfielder Pedro, and forwards Dani Olmo and Mikel Oyarzabal.

Egypt picked players from domestic clubs except Saudi-based Ahmed Hegazi, the team's captain. Liverpool would not release striker Mohamed Salah for the Olympics with the Premier League season starting in three weeks.

Japan Beat South Africa 1-0
An empty stadium is not how Japanese athletes imagined competing for the first time in Tokyo at their home Olympics.

At least the men's football team won on Thursday — a day before the opening ceremony of the pandemic-impacted games.

Takefusa Kubo scored the only goal with a curling strike off the post in the 71st minute that clinched a 1-0 victory over South Africa at the Tokyo Stadium.

Kubo is a 20-year-old forward signed up to Real Madrid who has yet to play for the Spanish giants while gaining first-team experience elsewhere in La Liga.
In the other Group A game, Mexico beat France 4-1.

Chris Wood's goal gave New Zealand a 1-0 victory over South Korea at the start of the men’s Olympic soccer tournament on Thursday.

The Burnley striker scored in the 70th minute with his team's first shot on target at the Ibaraki Kashima Stadium where a few hundred fans were permitted because it is just outside Tokyo and not in the same state of emergency as Tokyo.

The 29-year-old Wood is one of New Zealand's three overage players permitted in a squad comprised largely of players under the age of 23.

In the other Group B game, Romania also beat Honduras 1-0. (AP)