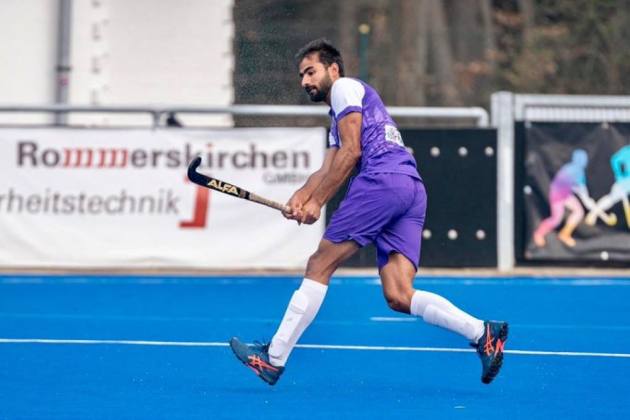 Having missed the 2018 Commonwealth and Asian Games, Junior World Cup-winning hockey striker Gurjant Singh can't wait to take the field in the Tokyo Olympics as he tries to rebuild his career after being undone by slump in form and injuries. (More Sports News)

The 26-year-old forward from Punjab's Amritsar has been selected in the 16-member Indian men's hockey team to take part in the Games to be held from July 23 to August 8.

"I have missed the Asian Games and World Cup due to injuries. I had to sit back and follow the team from home and that was really painful. But I am hopeful I will make this opportunity count in Tokyo, and we are all set for the challenge," Gurjant said.

A member of India's 2016 Junior World Cup-winning side, Gurjant made his first appearance for the senior team in 2017 against Belgium. Later that year, he also played at the Hero Asia Cup in Dhaka which India won.

However, slump in form saw him miss the 2018 Commonwealth Games as well as the Asian Games. He was also dropped from the FIH Men's World Cup squad due to an injury that year.

"Though I was picked for the Asian Champions Trophy in Muscat where I scored four goals, it was not until 2020 that I started proving my mettle in the squad.

Known as a big match player, Gurjant scored in the semifinal and final en route to the FIH Junior Men's World Cup title in 2016 and till date, he considers that as the greatest feat of his career.

"I will never forget 18 December 2016. That is the day we won the Junior World Cup title and so far, it's been the greatest feat in my career. It was after this great win that people started noticing me," he said.

With hardly any tours because of the coronavirus-forced worldwide lockdown, the Indian players were mostly confined to their national camp in Bengaluru last year and the striker said he utilised that time to work on his defensive technique.

"One of the key areas chief coach Graham Reid expected me to work on was my defence. He insists that good defence begins with the forwards and I really paid a lot of attention to improve my off-ball skills over the past year."