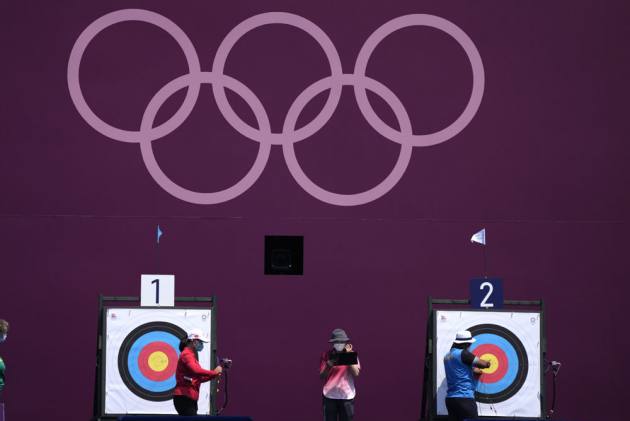 The Olympic Games organisers announced 16 new COVID-19 cases associated with the event on Wednesday but none of them were athletes.

The fresh additions took the total number of Games-related cases to 169.

It is for the first time in four days that no COVID-19 cases were reported among Olympic athletes.

Out of the 16, four are Games-concerned personnel, two from the media, nine contractors and one volunteer. But, none of the 16 were staying at the Olympic Village.

According to reports, two cases previously reported proved to be negative and were removed from the cumulative total.

The figures were released a day after Tokyo reported a record 2,848 daily coronavirus infections.

The total number cases in the Games village currently stands at 19.

The organisers said 38,484 people from abroad had entered Japan for the Games as of Monday.

Dutch tennis player Jean-Julien Rojer was the last to withdraw from his event after testing positive for the virus.

Rojer and his doubles partner Wesley Koolhof, who were scheduled to play Marcus Daniell and Michael Venus of New Zealand, pulled out of their second-round match on Monday following Rojer's positive test result.

The contingents that have been hit by COVID-19 after landing in Tokyo include Czech republic, the USA, Chile, South Africa and the Netherlands among others.