The IOC executive board meets on Wednesday and will hear a brief presentation from Tokyo Olympic Games organizers on a remote hookup, explaining where things stand 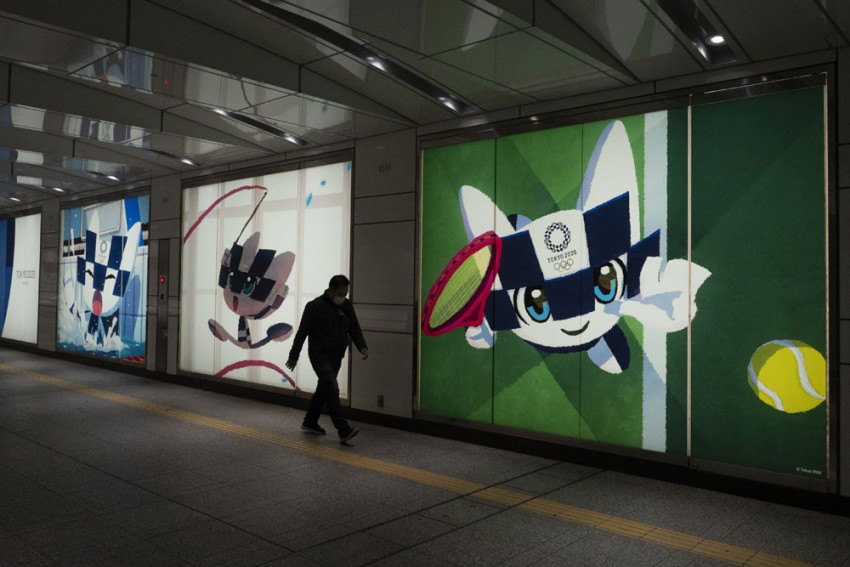 So far, many ideas about how the Olympic can take place are being floated by all the stakeholders.
Courtesy: Twitter
Agencies 2020-06-09T09:56:43+05:30 Tokyo Olympic Games Q&A: State of Affairs 2 1/2 Months After Postponement 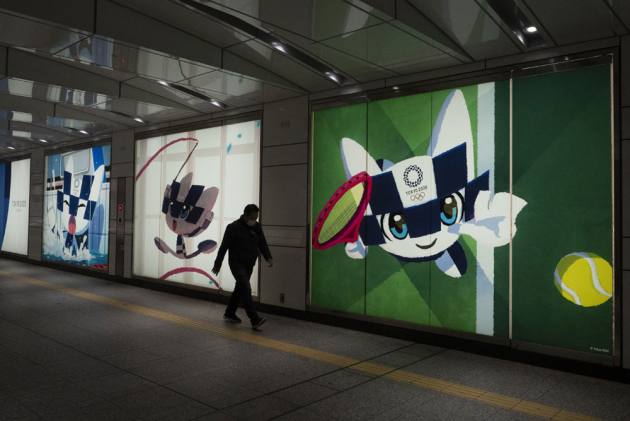 It's been 2 1/2 months since the Tokyo Olympics were postponed until next year because of the COVID-19 pandemic. So where do the games stand?

So far, many ideas about how the Olympic can take place are being floated by the International Olympic Committee, Japanese officials and politicians, and in unsourced Japanese newspaper articles coming from local organizers and politicians. The focus is on soaring costs, fans — or no fans — possible quarantines for athletes, and cutting back to only "the essentials."

No one blames the IOC for not knowing what conditions will be a year from now. And from the IOC perspective, there is no need yet to speak frankly and possibly alienate Japanese politicians and citizens, sponsors and TV broadcasters, and athletes.

The IOC executive board meets on Wednesday and will hear a brief presentation from Tokyo organizers on a remote hookup, explaining where things stand. Few surprises and few specifics are expected. The meeting is behind virtual closed doors, although IOC President Thomas Bach will speak afterward.

Q: Given the pandemic, will the Olympics really open on July 23, 2021? There are skeptics, particularly if no vaccine is available.

A: The IOC says "yes," although that was the stance just days before the 2020 games were postponed in late March. Japan and the IOC have agreed: the games cannot be postponed again. If they can't be held this time, they will be canceled.

IOC member John Coates, who oversees preparations for Tokyo, said a few weeks ago that the games face “real problems.” Much has to do with the massive scale: 11,000 Olympians, 4,400 Paralympians, 206 national Olympic Committees, dozens of summer sports federations, 42 venues and more than 5,000 apartments to secure in the Athletes Village, about 25% of which are reported to have been sold. Pierre Ducrey, Olympic Games operations director, said last week that retaining the Olympic Village was "problem No. 1.” This is without even raising the question of fans.

Q: So, will there be fans? Sports starting up around the world are doing it in empty venues.

A: Bach has not ruled out competing in empty venues. "This is not what we want," he said, in an interview with the BBC. But he has acknowledged there are questions about access to venues. All of this affects more than 4 million tickets already sold. Ticket sales are worth at least $800 million to the local organizing committee. Organizers are unlikely to want to pay refunds. Tickets have a "force majeure" clause that might get organizers off the hook if the coronavirus is deemed beyond "Tokyo 2020's reasonable control."

Q: What will the postponement cost?

A: This is the best-kept secret. Tokyo 2020 CEO Toshiro Muto undoubtedly has a very good idea. He's a former deputy governor of the Bank of Japan and a veteran of Japan's finance ministry. But he has declined to offer any numbers. The estimates in Japan for the postponement range from USD 2 billion to 6 billion. The IOC has said it will chip in USD 650 million "as our part of the assessment" toward the added cost. Therefore, the vast majority of extra costs fall to Japanese taxpayers. Tokyo said the games would cost USD 7.3 billion when it won the bid in 2013. The official budget says the games will cost USD 12.6 billion, though a government audit says it's twice that. All but USD 5.6 billion is public money.

Ducrey, the Olympic Games operations director, said last week the IOC is in talks with insurers about some compensation for the postponed Olympics. The IOC has cancellation insurance but it's unclear if that covers an unprecedented postponement.

Q: How different might these Olympics look on TV?

A: No matter where the Olympics are held, or in what city, most Olympic venues look much the same on television. The venues are studios for a TV production. TV will have a year to adapt, watching how European soccer clubs, or the NBA, present their games. TV pays the Olympic bills, and the IOC cannot do without TV revenue. The IOC earns at least 73% of its income — about USD 4 billion in a four-year Olympic cycle — from selling broadcast rights. By any calculation, it's difficult to see the games being cancelled and the IOC losing its major income source. And don't forget, the 2022 Beijing Winter Olympics open six months after Tokyo closes.

Q: Is there any deadline for organizers and the IOC to firm up plans?

A: Former Olympic minister Toshikai Endo, a member of Prime Minister Shinzo Abe's ruling party, said last week that March was a possible deadline for deciding whether the postponed Tokyo Games can go ahead. Muto, the CEO of Tokyo 2020, has said few decisions will be made public before the fall about the shape of the Olympics.

Everyone from Bach to Muto to Tokyo Governor Yuriko Koike is preaching cuts. Bach, who has termed putting on the games next year "an enormous task," says old ways of running the Olympics have "to be questioned."

Muto has been open about slashing costs and "reducing service levels." Koike has used the words "streamlined and simplified" but has offered nothing specific. Among the cuts could be having only one opening and closing ceremony, combined for both the Olympics and Paralympics.

Q: Where do the athletes stand in all of this?

A: Olympics athletes have no single voice. Most get only one chance at participating. The pandemic has financially crushed many Olympics-related bodies — sports federations and national Olympic committee — that help fund athletes. Bach earlier this year warned against using the Tokyo Olympics as a platform for highlighting political and social causes. That will certainly be challenged next year in the wake massive protests condemning the death of black Americans by law enforcement. American hammer thrower Gwen Berry wrote in a open letter this week that "the idea that sport and politics can be separated is absurd."