Deepika Kumar will be the lone female Indian archer at the Tokyo Olympics. She will compete in both individual and mixed events 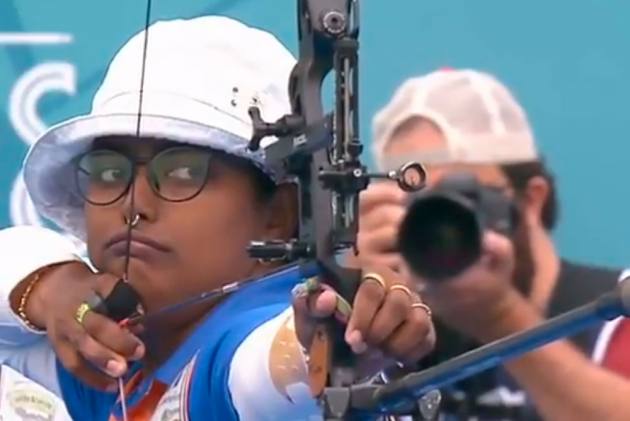 Star Indian archer Deepika Kumari says she wants to prove to herself that she is capable of winning a medal at the Olympics after missing out in the last two editions. (More Sports News)

The World number one archer, who is gearing up for her third straight Olympics, has never lived up to the expectation, making early exits in her previous appearances in London 2012 and Rio 2016.

"I want to prove to myself that I can win," Deepika, who started her pre-Olympic training here on Monday, told World Archery ahead of the Games.

"So it's very important for me, my entire archery team and my country.

"It's very important because Indian archery does not have an Olympic medal so I want to win."

The 2010 Commonwealth Games gold medallist had become world No 1 ahead of her maiden Olympic appearance in London but only to make a first round exit.

"At my first Olympics, I was ranked world number one, though I was not aware of it much. It was kind of a fantasy for me being the first Olympics," she said.

Back as world No 1 after winning successive World Cup gold medals this year, Deepika said: "A lot has changed since then... I've worked really hard mentally which is giving me a lot of positive results.

"I was left very much behind at the last two Olympics, so I'm working on that and building my confidence with it. I'm continuously trying to better my performance."

The Indian archers had their first practice session at the Yumenoshima Ranking Field on Monday.

Deepika will be the lone female Indian archer at the Olympics after the women's team failed to qualify.

After the qualifications round on the opening day of the Games on Friday, Deepika will have her first event, the mixed pair competition, on Saturday.

Her individual event will begin on July 27.